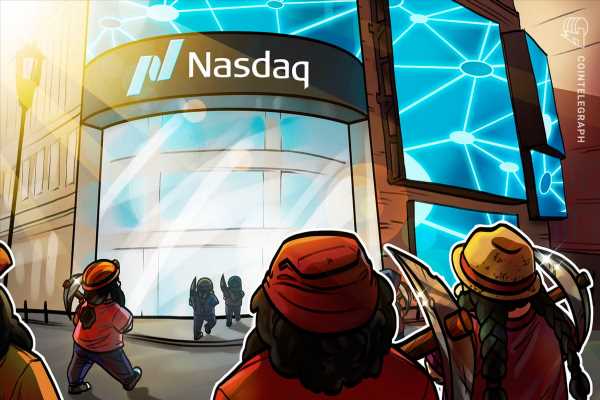 The Canadian Bitcoin (BTC) mining firm Bitfarms is facing compliance challenges over its listing on Nasdaq due to the ongoing cryptocurrency winter.

Bitfarms received a warning notification from Nasdaq on Dec. 13 because the company’s share price has stayed below $1 for 30 consecutive working days.

Announcing the news on Dec. 14, Bitfarms said that it has an initial period of 180 calendar days to regain compliance with the requirements from Nasdaq.

In order to regain compliance, Bitfarms’ shares should close at $1 per share for a minimum period of 10 consecutive days at any time before June 12, 2023. In such an event, the Nasdaq staff will provide written notification to Bitfarms that it has achieved compliance, the announcement notes.

The 180-day period is not the final limit, however. Bitfarms noted that it will have a chance to extend the compliance period further even after June 12, stating:

“If the company does not regain compliance with Rule 5550(a)(2) by June 12, 2023, the company may be eligible for an additional 180 calendar day compliance period.”

The company stressed that the Nasdaq letter is only a notification and has no immediate effect on the listing or trading as the Bitfarms shares (BITF) will continue to trade on the exchange.

Bitfarms also noted that the company remains to be listed on the Toronto Stock Exchange and the latest notice from Nasdaq has no impact on the firm’s compliance status with such listing or its business operations.

As previously reported by Cointelegraph, Bitfarms debuted stock trading on Nasdaq in June 2021, just a few months after going public on the Toronto Stock Exchange in April.

After reaching an all-time high at roughly $6 in December 2021, the Bitfarms stock has been gradually selling out on Nasdaq, in line with the ongoing cryptocurrency bear market.

Related: BTC difficulty drops by the biggest margin since 2021 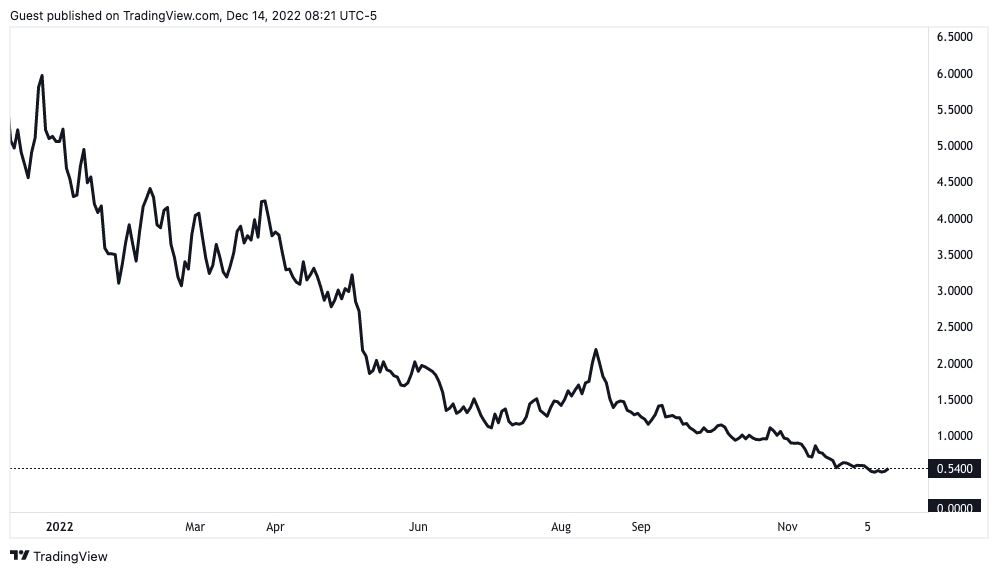 According to data from TradingView, Bitfarms’ shares dropped below $1 in late October 2022 and have not retested the $1 price mark since. Bitfarms’ stock closed at $0.54 on Dec. 13, seeing a 7.6% increase over the day.

Bitfarms is one of many cryptocurrency mining companies facing major issues due to the ongoing crisis in the market. In June, the firm was forced to sell about $62 million worth of self-mined Bitcoin in order to reduce its debt. A number of other mining firms, including Argo Blockchain, Core Scientific and Riot Blockchain, also opted to sell their Bitcoin amid tough market conditions.

On Dec. 12, Argo Blockchain said that it has been considering selling its assets in order to avoid filing for bankruptcy.