On the flip side, Terra network’s stablceoin, TerraClassicUSD (USTC) is enjoying its bullish days entering the top gainers list. At present the currency is selling at $0.041 with a surge of 5.15% over the last 24hrs. 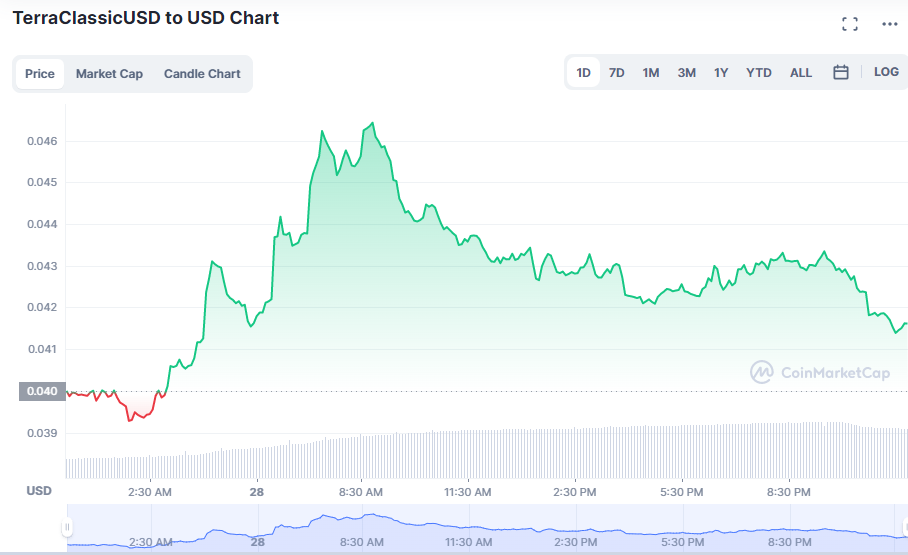 It can be seen that this decentralized finance (DeFi) currency has regained $400 million market cap after the network received an inflow of $45.91 million.

Currently, the immediate resistance for the currency lies at $0.050 and support is positioned around $0.035. If there are more positive developments around the network, USTC along with LUNC might see new heights.