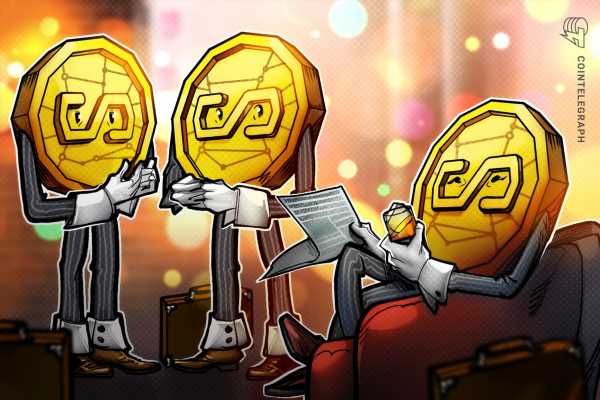 Stablecoin settlements can surpass all major card networks in 2023: Data

Stablecoins play a very critical role in the crypto economy today and despite the recent run-down in the broader market, stablecoin volumes continue to dominate most exchanges.

According to Coinmetrics data, on-chain stablecoin settlements reached over $7 trillion in 2022 and are expected to end the year at around $8 trillion. While the largest card network, Visa, processes ~$12tn/yr. 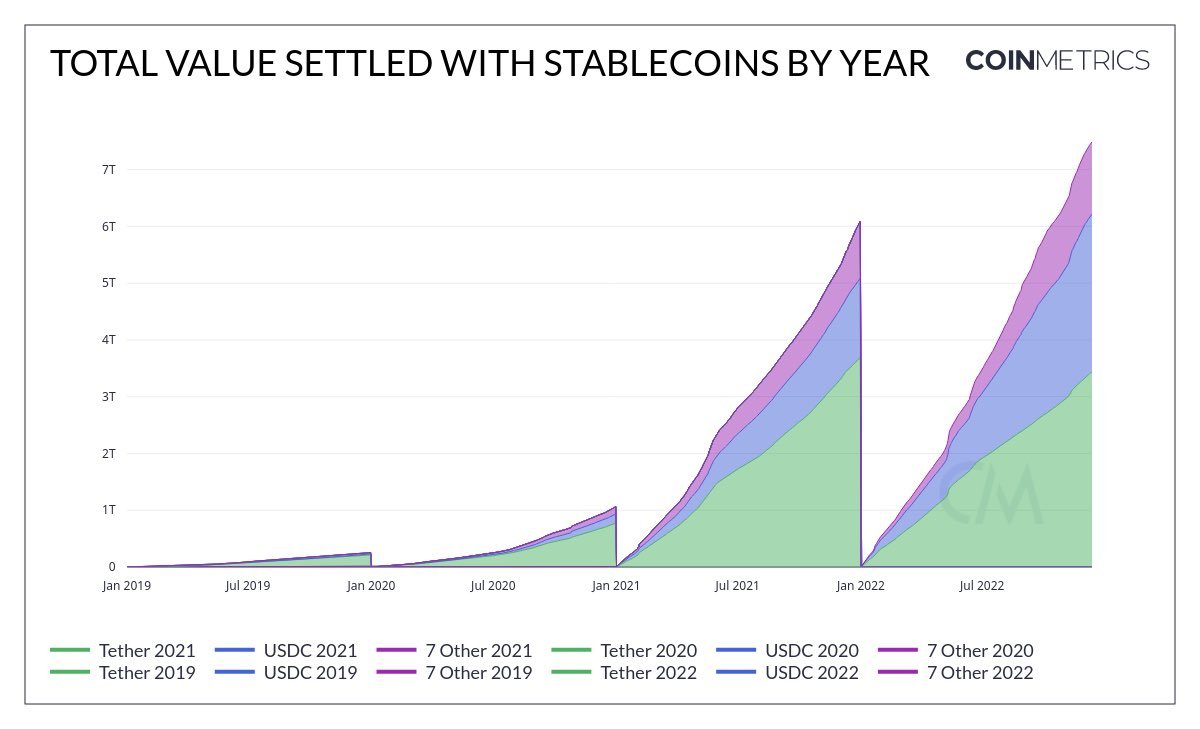 Peter Johnson, co-head of the venture at Brevan Howard Digital, said that stablecoin settlements had already surpassed MasterCard and American Express. Furthermore, he predicted that in 2023 on-chain stablecoin volumes will surpass the Visa transaction volumes.

He also noted that stablecoins volume would not only surpass Visa but most likely surpass the aggregate volume of all four major card networks (Visa, Mastercard, AmEx, and Discover). Johnson added that these on-chain stablecoin volumes don’t include a trading volume on centralized exchanges which has a significant chunk of its own.

While the comparison definitely indicates a significant increase in stablecoin usage, many users pointed out that the comparison between the two entities doesn’t hold ground as they are two different things.

Related: Stablecoin regulations in the US: A beginner’s guide

There is a distinction to be made between credit card volumes and stablecoin settlements. Credit card transactions are typically associated with consumer spending, whereas fiat-pegged crypto assets are primarily associated with crypto trading and decentralized finance.

A key barrier for stablecoins to be actively used by consumers in their daily lives just like Visa and Mastercard is regulations. However, Republican Senator Pat Toomey, who is set to retire from U.S. Congress at the end of the term, aims to change that with his stablecoin bill. The bill proposes to permit non-state and non-bank institutions to issue stablecoins, as long as they obtain a federal license created and issued by the U.S. Office of the Comptroller of the Currency (OCC), and as backed up by “high-quality liquid assets.”

In terms of market capitalization, stablecoins currently make up about 16.5% of the total. CoinGecko data indicates that the value of all of the stablecoins together is about $140 billion. Tether-issued USDT currently dominates the stablecoin market with a total supply of 66.3 billion USDT followed by Circle’s USDC with a 44.3 billion in UDSC market supply.