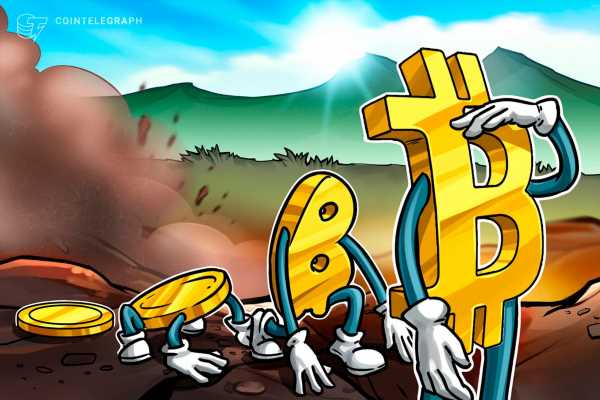 As Bitcoin (BTC) adoption continues to sow seeds around the world, more and more people are choosing to accept the original cryptocurrency as payment for their goods and services. For individuals, that means accepting BTC as their salary.

A Florida-based Bitcoin advocate called SVN (not his real name) took his entire salary in BTC for the past year. Cointelegraph reached out to him to understand why he did it and if there are certain advantages to earning the world’s most recognizable cryptocurrency.

SVN explained that when the bank froze one of his accounts, he turned “to Bitcoin as a solution to keep my life going while the issue got resolved.”

While banks have the power to unbank customers at will or must follow governmental instruction, such as during the Canadian trucker protest in which governmental orders prevented crowdfunding for the protestors–Bitcoin runs 24/7, 365 days a year, without an intermediary.

But for SVN, he also wanted to explore whether it was possible to live on Bitcoin and crypto and form his own conclusion about its potential as the best form of money. Could Bitcoin really be the future of money? SVN explained:

“Everyone kept saying that it’s the best form of money in the world, but all I knew were hodlers. Had to see for myself and come to my own conclusion.”

Plus, he wanted to “break the stigma and mystery bubbles around this entirely new economy and put a bit of perspective on what things are and what they aren’t.” In essence, by managing his income in Bitcoin as opposed to fiat (government-issued money) income, SVN fell further down the Bitcoin rabbit hole.

He documented the experience in a Twitter thread in which he concluded, “Living on Bitcoin is simple, but challenging.” For example, he mentions that accounting is a nightmare and that tax reporting has become demanding. Furthermore, the experiment has been made more interesting due to Bitcoin’s volatility. The price in fiat terms has dropped over 70% in the last year, meaning his Bitcoin savings have increased as each paycheck came in.

SVN also began writing a newsletter and documented the experience. For example, by using Bitcoin as the primary form of payment, SVN was able to see firsthand how it can be used in everyday transactions. He hopes others seeking to opt out of fiat and opt into Bitcoin will learn from his experience.

When questioned whether he would accept other cryptocurrencies as well as Bitcoin, SVN responded that his decision-making was driven by concerns about security and sovereignty. The crypto of choice must be robust and resistant to tampering or changes, with a known and active founder and an active CEO or pressure point. In the end, SVN stuck with Bitcoin because it met these criteria and offered simplicity.

Apart from SVN, there is a growing list of high-profile figures who accept their salary, or a portion of their salaries in Bitcoin, such as Belgian members of parliament and NFL stars.