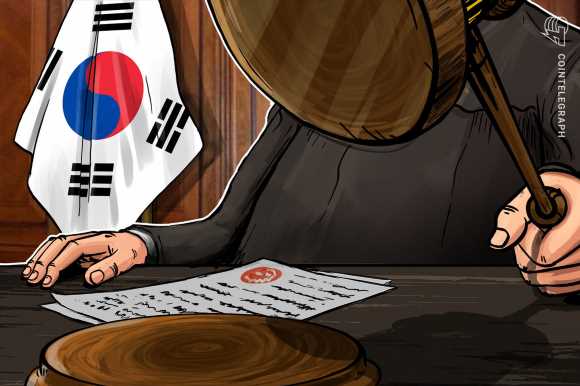 A local report from South Korea claims that the country’s prosecutors have obtained evidence to suggest Terraform Labs co-founder Do Kwon had onceordered an employee to manipulate the price of Terra Luna Classic (LUNC).

A report by Korean Broadcasting System (KBS) on Nov. 3 quotes an official from the South Korean Prosecutors Office, who said they have obtained a “conversation history” in which “CEO Kwon specifically ordered price manipulation.”

The reported evidence came in the form of a “messenger conversation” between Kwon and a former Terraform Labs employee. Prosecutors did not disclose further details, noting:

“I can’t reveal details, but it was a conversation history where CEO Kwon specifically ordered price manipulation.”

While the exact details of the price manipulation remain undisclosed, the price action of Terra’s LUNC (formerly LUNA) during the last bull market was undoubtedly one of the most impressive across all cryptocurrencies.

The report however notes that Kwon’s representative has continued to deny these allegations.

In September, Terraform Labs said the case against its co-founder has become “highly politicized” and that prosecutors expanded the definition of a security in response to public pressure.

Kwon’s whereabouts ultimately continue to remain a mystery, despite the Terra ecosystem co-founder previously arguing he is “not on the run.”

Previous reports have suggested Kwon first moved from South Korea to Singapore, before transitioning to Dubai, United Arab Emirates (UAE). The KBS report now suggests Kwon is residing somewhere in Europe, and as of Nov. 3, without a valid passport.

“Kwon, who has an arrest warrant, had his passport invalidated as of today,” the report stated, adding:

“Do Kwon is now an illegal immigrant, wherever he is, in any country, and he cannot travel legally between countries.”

If found, Kwon will also have to deal with a $57 million lawsuit recently filed against him, his fellow Terra co-founder Nicholas Platias and the Luna Foundation Guard (LFG) in the Singapore High Court.

The plaintiff argued that Kwon, Platias and the LFG fraudulently claimed Terra’s stablecoin, Terra USD (UST) — now TerraUSD Classic (USTC) — was “stable by design” and able to maintain its peg to the U.S. dollar.

Related: 4,400 disgruntled investors are hunting for Terra’s Do Kwon

The worldwide law enforcement effort to pinpoint the controversial CEO’s location hasn’t stopped Kwon from being active on social media, with the most recent Twitter post from Kwon shared on Nov. 3.

Cointelegraph reached out to Terraform Labs and the South Korean Prosecutor’s Office for comment but did not receive an immediate response.