Home » Crypto » Ripple May Resume a Downtrend as It Reaches the Breakout Level of $0.41 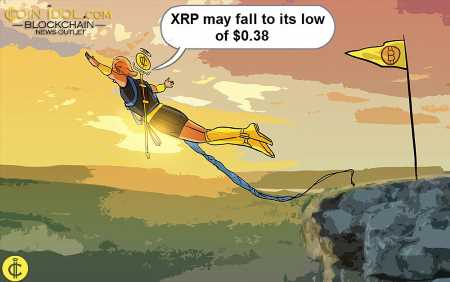 Ripple May Resume a Downtrend as It Reaches the Breakout Level of $0.41

The price of Ripple (XRP) has fallen to a low of $0.44 at the time of writing. The cryptocurrency has declined since the recent high of $0.54.

The Relative Strength Index for the 14 period shows that Ripple has declined to level 44. As long as the price bars remain between the moving average lines, Ripple could continue its movement within the trading range. XRP is in a bearish momentum below the 40% area of the daily stochastic. Meanwhile, the bullish momentum is sloping upwards, indicating an uptrend. 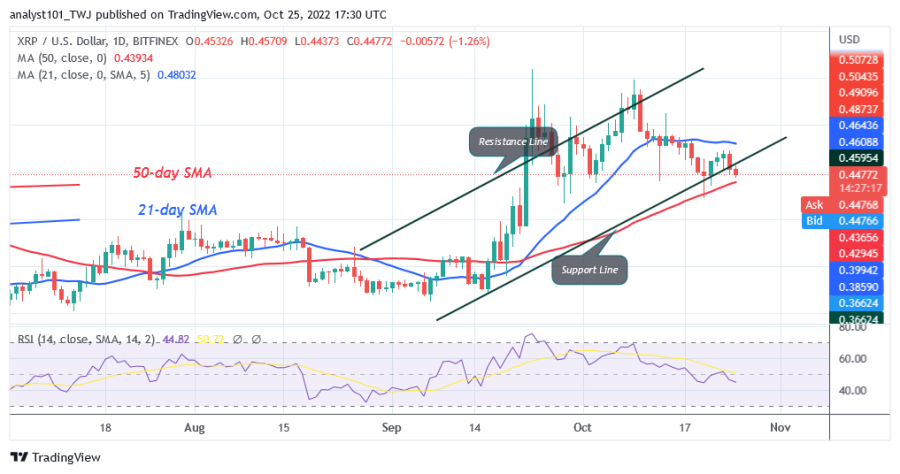 Ripple (XRP) has continued to fall to the previous low. On October 20, XRP corrected to the upside and a candlestick tested the 50% Fibonacci retracement level. The correction implies that XRP will fall to the 2.0 Fibonacci Extension level or $0.34. 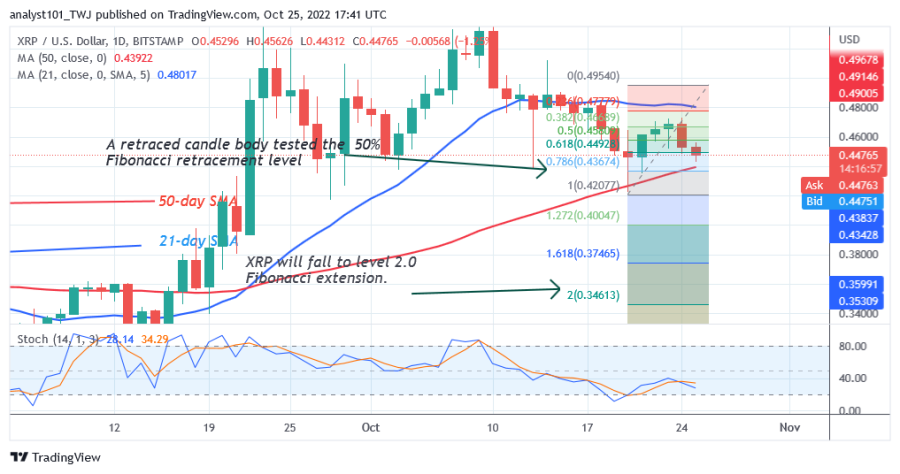