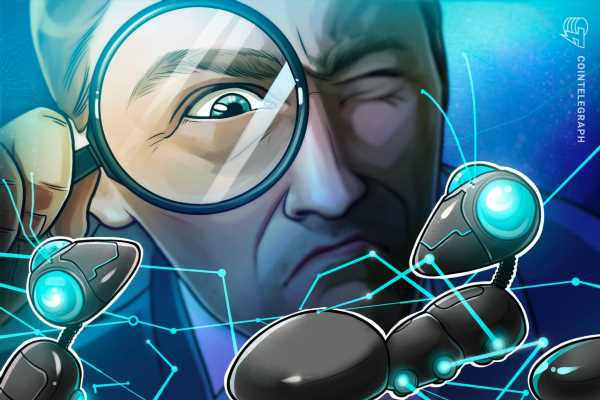 Crypto-friendly Congressman Tom Emmer is considering re-floating a bipartisan bill that would lift the requirement for certain crypto businesses and projects to register as Virtual Asset Service Providers (VASPs) in the wake of the FTX collapse.

The bill titled “Blockchain Regulatory Certainty Act” was led by Republican Emmer and Democratic Congressman Darren Soto. It was initially tabled at the 117th congress on Aug. 17, 2021, but did not make it any further down the line.

Emmer may be liking his chances a bit more the second time around given the current climate in which the U.S. government is scrambling to get regulation off the ground to prevent another FTX-style disaster.

Tweeting on Dec. 15, Emmer noted that it’s “probably a good time” to re-introduce the bill, adding that:

The bill itself aims to set out guidelines that remove certain hurdles and requirements for “blockchain developers and service providers” such as miners, multi-signature service providers and decentralized finance (DeFi) platforms.

It was put forward in response to a June 2021 draft guidance from the Financial Action Task Force (FATF) that was pushing to expand the definition of virtual asset services providers (VASPs) to include “any provider that may develop or operate a DeFi platform, even if they have no interaction with users.”

While a number of U.S. politicians have been taking the liberty to attack crypto alongside the FTX collapse, during the House Financial Services Committee hearing this week, Emmer hasnotably praised the crypto community for using blockchain tech to uncover key info on the firm’s operations.

On the other end of the political spectrum, crypto-skeptic Senator Elizabeth Warren has introduced the Digital Asset Anti-Money Laundering Act of 2022 on Dec. 14, alongside Senator Roger Marshall.

The bill essentially seeks to stop financial institutions from using privacy tools such as crypto mixers and mandate crypto firms to follow the same money-laundering rules as banks, a well as regulating crypto kiosks (ATMs).

Related: US senator calls on SEC’s Gensler to answer for ‘regulatory failures’

Senator Cynthia Lummis, a known hodler and Bitcoin proponent has of course criticized the bill, arguing that such KYC requirements won’t work within the context of crypto.

On Dec. 14, Lummis herself also outlined that she intends to re-introduce a bill that would hand over most of the authority of crypto to the Commodity Futures Trading Commission (CFTC), as opposed to the Securities and Exchange Commission, which Warren among others are pushing for.