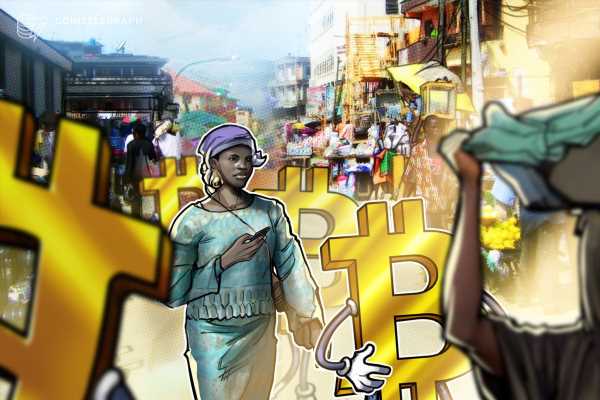 Nigeria’s central bank will explore the potential of stablecoins, the adoption of blockchain technology to power a central bank digital currency (CBDC) and regulatory considerations related to initial coin offerings (ICOs) over the next two years.

These are the key takeaways of a policy document titled Nigeria Payments System Vision 2025, published by the Central Bank of Nigeria (CBN). The 83-page document touches on a variety of implications for its existing payments landscape, with blockchain-based systems coming to the fore.

The document delves into the implications of blockchain-based CBDCs, outlining 11 potential advantages of such an offering, including cash cost management, combating counterfeit currency, clear audibility, logistical improvements and payment efficiency.

Nigeria’s central bank believes monetary policy can be improved by the monitoring and adjustability of a CBDC, allowing for better control over the currency’s value. The Bank also notes that it could better monitor and control tax evasion, money laundering and other illegal activities through a CBDC.

Lastly, the CBN touts improved financial inclusion and economic development as well as spurring innovation and efficiency by boosting competition between existing financial institutions’ retail payments products. A 3-to-5-year time frame is recognized as an achievable time frame to roll out a CBDC solution in Nigeria.

Stablecoins are also on the radar in Nigeria as fiat-backed cryptocurrency tokens become adopted in different countries around the world. The CBN cites a need to develop a regulatory framework for the implementation of stablecoin offerings in Nigeria.

Related: Nigerians’ passion for crypto is stopping short at the eNaira

Nigeria’s Central Bank holds a guarded view of ICOs, highlighting ‘little appetite’ to adopt existing ICOs given their ‘lack of regulation.’ Despite this fact, the CBN identifies the role of ICOs as an asset class and sees potential in adopting ICOs as a novel approach to fundraising for capital projects, peer-to-peer lending or crowdfunding.

The country has been piloting a government-issued digital currency, eNaira, since October 2021, but the project struggled to gain traction from its citizens. A Bloomberg report in October 2022 pinned adoption at just 0.5% of the country’s population. Meanwhile, Nigerians are becoming increasingly interested in cryptocurrencies, with Google search data in mid-2022 highlighting the appetite for adoption in the country.

Cointelegraph reached out to Adesoji Solanke, fintech and banks director at Renaissance Capital, to unpack the appetite for cryptocurrency trading in Nigeria and the reported lack of adoption of the government-issued eNaira pilot.

Solanke shared the same sentiments, highlighting that Nigerians have not shown big interest in the eNaira despite local banks marketing the pilot to their customers.

“There’s been no mass adoption of the eNaira in the country just yet on the consumer or merchant sides of the payments equation.”

At the same time, Solanke said that the growing adoption of cryptocurrencies has been driven by their cross-border functionality as well as the capital gain speculative optionality that they provide. Weighing up whether the eNaira could become ubiquitous in Nigeria is a more complex consideration, according to Solanke, requiring a combination of factors to work together.

Firstly more consumers would need to download and fund the wallet. The eNaira wallet should provide multiple and superior use cases that appeal to customers, merchants, and other participants in the financial ecosystem. Merchants need to have a payments solution that is connected to the eNaira, which could be powered by contactless devices that can read the wallet via smartphones or QR codes or USSD.

Solanke also believes that there needs to be clearer incentives for each customer segment to adopt eNaira. This could be driven by zero or low peer-to-peer or merchant transaction fees and functionality that transcends immediate financial services.

Stablecoins are another complex topic given the potential risk of their increased use ‘weakening the efficacy of monetary policy,’ as Solanke explains. It’s one reason why CBDCs could be a major theme in monetary evolution in the medium term and why central banks may well look to create regulatory clarity for stablecoins.

The potential adoption and regulation of ICOs would also require the CBN and Nigerian Securities and Exchange Commission to work together, given that they would potentially be viewed as securities or a new asset class.

Nigeria’s Central Bank took a stern stance towards the cryptocurrency sector in 2021, effectively banning local banks from servicing cryptocurrency exchanges in the country. Some 18 months later, rumblings of a policy reversal were reported by local media in the form of a potential amendment to existing laws that would recognize cryptocurrency as capital for investment.