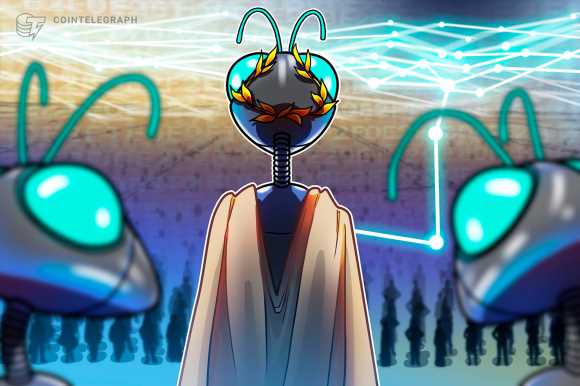 Layer-1 decentralized blockchain Koinos is set to launch its mainnet on Nov. 5. It will be a free-to-use platform based on a proof-of-burn (PoB) consensus algorithm, built to deliver more efficiency and access to developers in Web3.

Formed by a group of blockchain veterans behind the Steem blockchain and steemit.com, the platform was built without venture capital funds, initial coin offerings, pre-mine or any other early distribution of tokens to insiders, said the company.

Ahead of the release, Andrew Levine, co-founder and CEO of Koinos Group, explained to Cointelegraph the three key characteristics of the platform, saying, “It’s free-to-use, it can support any programming language (starting with C++ and TypeScript), and it is highly upgradeable.” He also noted:

“All of this means that developers can use the programming languages they already know and love to build free-to-use DApps without being bottlenecked by the poor upgradeability characteristic of most blockchains, exemplified by the issues with Ethereum and its never-ending ‘Eth 2.0’ delays.”

The chosen consensus algorithm refers to Satoshi Nakamoto’s original vision of peer-to-peer electronic cash, one where everyone could participate. With proof-of-burn, there is no advantage to having a large stake or tons of hardware to mine. This should mean more competition between small and large miners, noted Levine, adding:

Koinos’ co-founders said they decided to build a blockchain from scratch without external capital in order to keep the project attached to the core principles in the crypto space. For the ecosystem’s foundation, the platform prioritized being as “free, open and decentralized as possible.” After the mainnet is launched, however, the group said it plans to shift focus to revenue-generating products for developers.

“We believe that these products will make Koinos Group equity very attractive and give investors an opportunity to share in the upside of an exponentially growing ecosystem while mitigating against many of the negatives that traditionally face investors in the space, like volatility.”

Cointelegraph followed the development of the Koinos blockchain from inception to mainnet and beyond through its series “Inside the Blockchain Developer’s Mind,” discussing some of the challenges the team has faced since identifying the key issues they intend to solve.