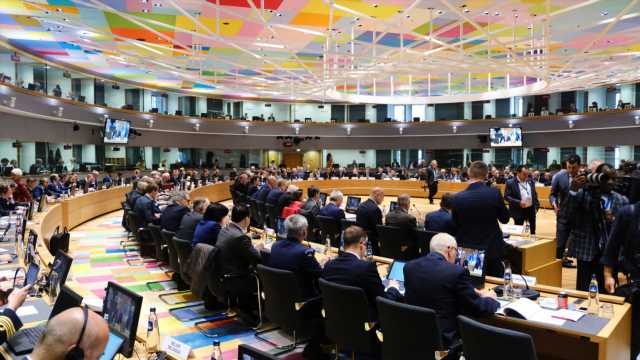 The ministers of finance of the countries in the eurozone reaffirmed their support for efforts to prepare for the potential launch of a digital euro. Meanwhile, the single currency area’s monetary authority sought to reassure future users that the new currency will be “preserving privacy by default and by design.”

Eurogroup to Remain Involved in Digital Euro Development, Says Many Decisions Are Political

Finance ministers of the EU member states that have adopted the common European currency, the Eurogroup, met on Monday in Brussels to mark Croatia’s accession to the eurozone and discuss current matters — from the economic situation to the fiscal policy coordination in the euro area.

One of the topics discussed was the advancement of the initiative to issue a digital version of the euro. In a statement adopted by the forum, the government officials vowed to continue their involvement, with Paschal Donohoe, the president of the informal format, quoted as saying:

What we plan to do is continue with our political engagement with the ECB and with the Commission as they move forward in their processes, because what the Eurogroup recognized today is that many decisions that await are inherently political.

“The Eurogroup considers that the introduction of a digital euro as well as its main features and design choices requires political decisions that should be discussed and taken at the political level,” the joint statement elaborated, highlighting the need for respective legislation approved by the European Parliament and the EU Council.

While reaffirming their commitment to back the project, which is still in its investigation phase that started in mid-2021, the ministers also emphasized that any future decision on the possible issuance “would only come after further exploration in a possible realization phase.”

Following their discussions, the members of the group insisted that a digital euro should complement, and not replace cash, among other recommendations. The central bank digital currency (CBDC) should come with a high level of privacy they also said, and explained:

To succeed, the digital euro should ensure and maintain users’ trust, for which privacy is a key dimension and a fundamental right.

“Preserving privacy by default and by design” was one of the stated goals in a “Digital Euro – Stocktake” report published also this week by the European Central Bank (ECB). Presenting its views on the matter, the regulator said the digital euro will “ensure privacy of personal data and payments” and detailed:

The ECB will not have information on people’s holdings, their transaction histories or payment patterns. Data are only accessible to intermediaries for regulatory compliance.

The eurozone’s monetary authority further stressed that its CBDC will not be programmable money while noting that legislators will have the final say on the balance between privacy and other public policy objectives. The ECB also hinted that more privacy could be allowed for less risky and offline transactions.