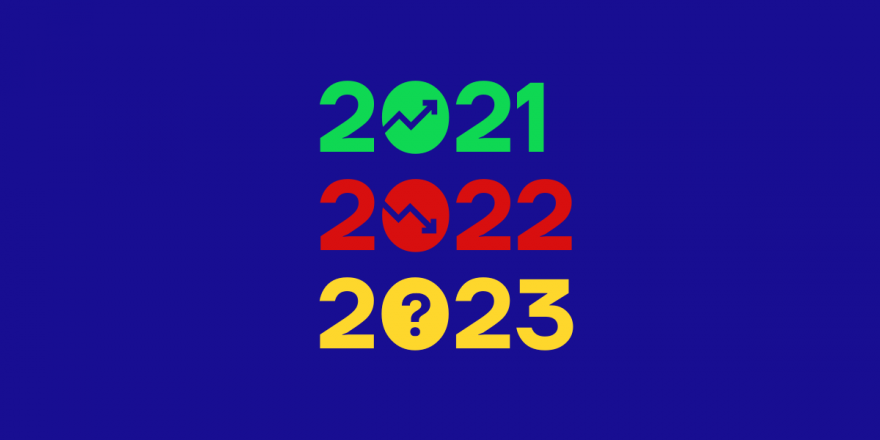 The year 2023 is expected to offer some good vibes as the market participants are waiting for greener days after experiencing a massacre in 2022. Nevertheless, the bearish clouds may not cease easily as the crypto space may experience darker days in 2023. Below are the top predictions for 2023 that may have an extended impact on the markets.

The 2022 bear market is expected to continue through the first few weeks of 2023 wherein the assets could mark the bottoms. Bitcoin price which is struggling to reach $17,000 at the moment is expected to find new bottoms around $10,000 to $12,000. Here, the BTC miners may be deeply impacted which may create a wave of miner bankruptcies and this is when the lowest point of the crypto winter may be marked.

After suffering a brutal attack throughout 2022, and H1 2023, the BTC price is expected to recover fully during the second half of 2023. Bitcoin has been reacting poorly to higher rates as a political response to the higher inflation has been developed within the markets.

In the coming days, BTC may be considered as a store of value and a hedge against inflation. In emerging markets, the focus could be more on remittances and alternatives to dollar hegemony.

The year 2023 may witness a wider adoption of crypto assets by financial institutions as they may employ blockchains to simplify custody and settlement. MakerDAO has already surfaced its plans to deploy $1B into U.S t-bills and other government securities with the help of Blackrock & Coinbase, allowing DAI holders to earn a higher yield on deposits.

Many real-world loans on platforms like TruFi, Maple, etc has tokenized one of their private fund with Avalanche. Among the open-source blockchains, Ethereum, Polygon, Avalanche, Polkadot & Cosmos is believed to thrive.

Brazil to Emerge as the Most Crypto-Friendly Nation

The countries which are experiencing rising inflation tend to lose the value of their fiat currency. This could be when digital currencies may jump in. Brazil’s inflation is persistent while the younger population has been on a rise. Hence the nation may witness a steep growth in crypto and stablecoin adoption. The country’s largest bank plans to launch an asset-tokenized platform and Brazil may be the first nation to issue Sovereign debt offerings on blockchain

Payments on Twitter are currently restricted to only tipping which includes Bitcoin over the lightning network. The platform recently filed registration paperwork with the Treasury department’s FinCEN to allow processing payments. If they receive approvals, then Bitcoin and other crypto assets may possibly be used as a payment method.

Rise of a Decentralized Stablecoin

The year 2022 witnessed massive crashes of decentralized stablecoins like USTC, USDN, USDD, etc which were backed with other digital assets. Despite this, new stablecoins may be launched in 2023 including AAVE’s GHO offering. This stablecoin is displaying potential to climb new highs as the platform is following an overcollateralized strategy and rely on arbitrage. Moreover, it also follows the community-led monetary policy to stabilize the token to $1.

Web3 Gamers to Rise to 20 million

The gaming companies within the industry have been hiring blockchain, NFT, and crypto experts to hunt for the next evolution in the crypto space. The blockchain games and metaverse platforms attract nearly $9 billion in venture capital investment in 2022 and hence the NFT space may undergo a breakthrough very soon.

The beacon chain was launched way back in December 2020 and was merged with the Ethereum Mainnet in September 2022 after rigorous testing and multiple network upgrades. The validators were required to stake or lock their ETH tokens onto the platform to trigger the merge for which they could receive nearly 5% annual interest.

However, the withdrawals have not been enabled yet which is speculated to commence in 2023. This may offer more confidence to the validators to stake more tokens on the protocol.

Crypto markets after a magnificent bull run tend to drop hard, indicating the persistence of a correction phase. This phase further leads to a notable bearish market where-in toxic entities perish, leaving only the strong hands to play. However, the crypto markets were a little diverse as huge platforms were blown off which circulated massive distrust among the market participants.

Moreover, the industry giants were also shaken and were compelled to halt withdrawals for a certain period. While some could manage but most of them were left bankrupt. However, the fear in the market may consume more time to ease than required but the bright sunshine may wan the dark clouds in the coming days.