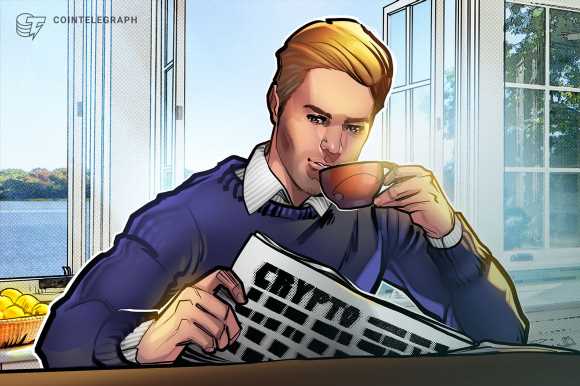 About eight months ago, I vouched pretty strongly for Su Zhu to be included in the prestigious Cointelegraph Top 100. My reasoning was pretty straightforward: Zhu was not only an influential figure on social media, but he ran arguably the most revered hedge fund in crypto — Three Arrows Capital, also known as 3AC. Then, the bear market of 2022 exposed 3AC as a house of cards run by founders who believed their own hype — and made reckless business decisions along the way.

With the 3AC saga still unfolding, we received privileged information this week about the company’s remaining assets. The revelations aren’t good if you’re a 3AC creditor looking to be made whole again.

An anonymous source close to the 3AC debacle reached out to Cointelegraph this week to reveal startling details about the failed hedge fund’s remaining assets. According to the source, 3AC’s holdings of Deribit shares are worth much less than reported in court documents filed by liquidator Russell Crumpler. It was believed that 3AC’s exposure to Deribit, a crypto options platform, was worth $500 million, or half of the hedge fund’s remaining assets. But, according to our sources, the value of 3AC’s Deribit shares is actually closer to $25 million. Read on to find out how they reached that number — and why 3AC might be in bigger trouble than initially believed.

Gemini, Coinbase, Crypto.com, BlockFi and now OpenSea — crypto winter has resulted in mass layoffs, costing the industry thousands of jobs. OpenSea’s firing spree was especially remarkable, given that the company had grown to become the world’s largest nonfungible token market with billions of dollars in monthly turnover. Shocked and disgruntled staff recently took to Twitter to vent their frustrations. Crypto has a bright future ahead, but if you’re looking to work full-time in the industry, prepare for volatility — and have a backup plan just in case.

Speaking of OpenSea, an anonymous wallet address on the platform recently offered $1 million to purchase Ethereum Naming Service (ENS) domain Amazon.eth. The offer, which was made in USD Coin (USDC), expired on Tuesday after the domain owner didn’t respond. It’s unknown whether the owner refused to respond to the offer or simply wasn’t informed that it was made. Interestingly, the previous sale of Amazon.eth took place five months ago for a value of 33 Ether (ETH). Much like house-flipping, domain flipping on the decentralized internet could be big business in the future.

Thai cryptocurrency exchange Zipmex decided to pause withdrawals on Wednesday, mere hours after Cointelegraph questioned the CEO about rumors that the firm was facing financial troubles. The odd timing aside, Zipmex said the decision was “due to a combination of circumstances beyond our control including volatile market conditions, and the resulting financial difficulties of our key business partners.” Pausing user withdrawals is one of the most troubling trends facing crypto platforms in 2022. It’s often a sign of liquidity constraints and poor risk management.

Don’t miss it! Is the Bitcoin relief rally finally here?

After months of relentless selloffs, Bitcoin (BTC) and the broader cryptocurrency market are rallying again. Has BTC formed a true bottom, or is this merely an overdue relief bounce in a continued downtrend? In this week’s Market Report, I got to dissect this topic in greater depth with fellow analysts Jordan Finneseth and Benton Yuan. You can watch the full replay below.

Crypto Biz is your weekly pulse of the business behind blockchain and crypto delivered directly to your inbox every Thursday.