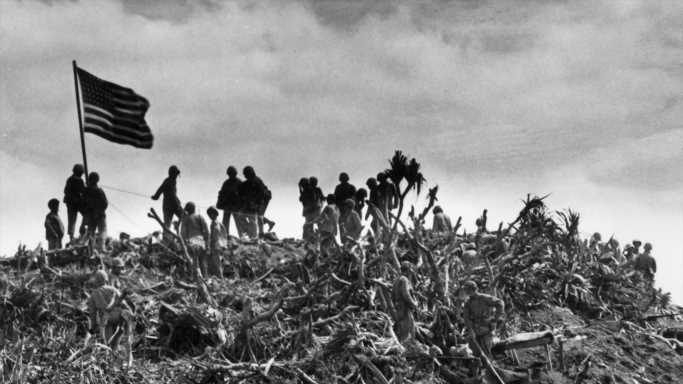 World War II Killed More Americans Than Any Other War

There are two categories of people who die in war: combatants and civilians. America has fought two wars with extremely high fatality rates. The first was the Civil War. Counting both the Union and Confederate sides, about 214,000 soldiers died, along with 450,000 civilians. (These were the most violent Civil War battles.)

World War II, however, claimed the lives of about 291,000 American soldiers and 113,000 American civilians. This was out of a total military force of over 16 million who fought between 1941 to 1945. The second world war was the greatest of all of history’s conflicts, and more Americans were killed during that war than in any other. (See how many people from your state died in World War II.)

The carnage of World War II was not restricted to those who died. Some 670,000 Americans received non-mortal wounds in the conflict.

Isolationism was a powerful sentiment in the United States, even as Japan was running roughshod over China in the 1930s and German leader Adolf Hitler was demanding territory from his country’s neighbors. Yet, America’s close ties with Great Britain put the United States on a course of conflict with Germany, which had been sinking U.S. cargo ships bound for England.

The United States was also on a war track with Japan after America imposed an oil embargo on that country over its conquests in the Pacific. Of course, the Japanese sneak attack on Pearl Harbor made it imperative for the United States to confront that nation militarily.

In 1940, the United States had fewer than 459,000 people in military service. By the time the so-called arsenal of democracy had kicked into full gear in 1945, there were more than 12 million Americans in uniform.

Click here to learn about the wars in which most Americans died.