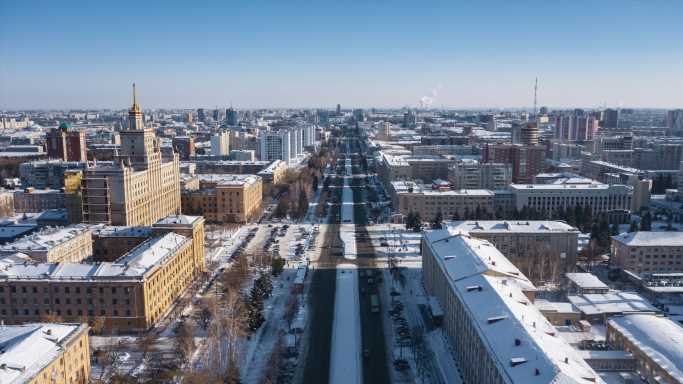 What a Nuclear Attack Would Do to Russia’s Largest Cities

Despite heightened tensions between Western powers and Russia over Russia’s war in Ukraine and its objection to NATO’s expansion, U.S. national security officials say there is no reason to be concerned that this geopolitical conflict would lead to all-out nuclear war.

Nevertheless, nuclear weapons have been one of the most existential global threats since the start of the Cold War. Modern nuclear warheads are measured in hundreds of kilotons with far greater firepower than the nuclear bombs used in 1945, when the U.S. bombed two cities in Japan, Hiroshima and Nagasaki, to end World War II.

Recently, 24/7 Wall St. looked at the immediate impact of nuclear attacks on different U.S. cities in what a nuclear attack would do to America’s 25 largest cities.

Now, we examine the consequences of a nuclear attack on 15 of Russia’s largest cities by population. To find how a nuclear detonation could affect Russian cities, 24/7 Wall St. used Nukemap, a site that simulates detonations of nuclear bombs. We have chosen two typical warhead yields, 100 kilotons and 800 kilotons of TNT equivalent. Metropolitan areas are ordered by total population, from smaller to larger. Population data for the urban agglomeration area of each city came from the U.N.

Russia’s 15 largest cities together make up 23% of the country’s population of 143.4 million. Understandably, the most populous Russian cities would sustain the highest number of casualties from a nuclear strike — namely Moscow and Saint Petersburg. City residents who live further away from the population center, especially away from dense concentrations of commercial and residential buildings, would have a greater chance of surviving the immediate effects of a nuclear blast.

In Moscow, 74% of the capital city’s 12.4 million people live outside the blast range of a 100-kiloton nuclear bomb if it were detonated over the Kremlin. The blast from such a nuke would instantly kill an estimated 251,800 people and injure 1.1 million. (A 100-kiloton bomb is far from the most powerful ever built. This is the most powerful nuclear explosion in history.)

Comparatively speaking, the same nuke dropped on the southern Russian port city of Rostov-on-Don, with its population 1.1 million people, would instantly kill almost as many people as the same attack on Moscow — 225,035 — because only 10% of the Rostov population lives outside the blast radius of a 100-kiloton bomb.

Injury and fatality estimates used here are based primarily on the effects of the nuclear blast itself caused by the destructive high-pressure waves of intense heat and pressure emanating from the massive incinerating fireball at ground zero. These estimates do not take into account the collateral casualties from the lingering effects of radiation poisoning and ensuing famine and disease. (This is what a nuclear war would do to the world.)

Here is what a nuclear bomb would do to a Russian city.
Click here to read our detailed methodology.