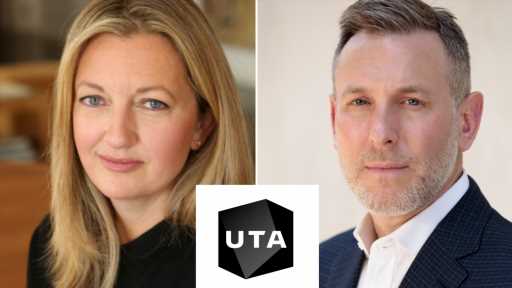 UTA has acquired Fletcher & Company, a 20-year-old literary agency with a roster of notable fiction and non-fiction authors.

As part of the deal, the full team at Fletcher & Company will join UTA in its New York office as the independent company is absorbed by its new parent. Founder and CEO Christy Fletcher will co-lead UTA’s publishing division, reporting along with current head Byrd Leavell to President David Kramer.

The deal is of a piece with UTA’s acquisition last June of the UK-based Curtis Brown Group. Along with the UK firm’s film and TV clients, its publishing arm also reps top authors like Lucy Foley, Jeffery Deaver, Jane Harper and Bonnie Garmus as well as the works of Ian Fleming, John le Carré, C.S. Lewis and A.A. Milne.

Fletcher & Company authors have had several #1 New York Times bestsellers and have won or been shortlisted for virtually every major prize, including the National Book Award, National Book Critics Circle Award, the Nobel Prize, Pulitzer Prize, the Booker Prize and the Women’s Prize.

Since its launch in 2015, UTA’s publishing division has shepherded books across fiction, non-fiction, cooking, poetry, memoirs and other categories. It has handled bestsellers by Joanna Gaines, Seth Rogen, Don Lemon, Chelsea Handler, Joshua Weissman, Ashley Flowers, Laura Coates, John Cho, Hilary Duff, Guy Raz, Emmanuel Acho and many others. In 2022, the company said, it closed over 100 domestic publishing deals and had 18 bestsellers debut on the New York Times list.

“Christy is an exceptional agent and business builder and the team at Fletcher & Company is among the best in the industry, so it’s exciting to welcome them to UTA,” Kramer said. “This is an important chapter in the growth of UTA Publishing, underscoring our commitment to being a best-in-class home for authors and their work. We believe in the power of books to drive culture and the many ways we can collaborate throughout UTA to bring them to life across the entire entertainment ecosystem.”

“I’m enormously proud of what we’ve achieved over 20 years at Fletcher & Company. Our collaborative culture and commitment to helping writers achieve their creative and professional goals has been a joy to lead,” Fletcher said. “Joining forces with David, Byrd and UTA Publishing is a further extension of that commitment and an exciting new opportunity for me personally. I’m thrilled to be able to build on their extraordinary success, while expanding the creative opportunities for our authors, current and future.”

Leavell described Fletcher as “a close friend and brilliant agent.” He said she “and her remarkable group will add up to a unified, powerful UTA Publishing team uniquely positioned to become the ideal home for authors around the world.”