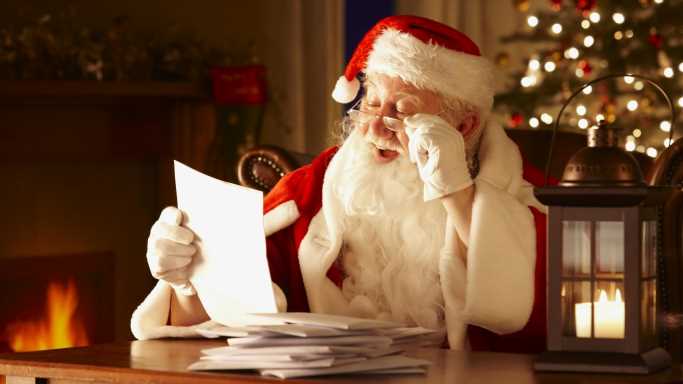 For those who think the holiday season starts too early, the decision by the U.S. Postal Service (USPS) to take letters to Santa on September 15 is another sign. The fear that Christmas eventually would move to July has come closer to being a real concern. Perhaps it is a publicity stunt by the USPS, or a way to prop up its flagging business.

The decision is a radical one based on the traditional USPS calendar. With the announcement came the following statement about changes to when the letter writing window would open: “[S]ix weeks earlier than previous years. The holiday season is here!”

To be absolutely fair, the 110-year-old USPS Operation Santa program has built a reputation as a way for Americans to give gifts to families in trouble, particularly financially. Letters inbound to the Santa mailbox are “adopted” so Americans can send anonymous gifts to people who will not be able to buy them by themselves. These inbound letters need a specific address to be adopted: SANTA CLAUS, 123 ELF ROAD, NORTH POLE 88888.

The USPS decision is a road marker on road to an earlier and earlier start to the holiday shopping season. For years, the holidays did not start before Thanksgiving. The Thanksgiving weekend has been built into a series of days with their own names, including Black Friday and Cyber Monday. These are simply commercial efforts to get more people into stores or to online shopping sites. One tactic to draw people to stores includes retail chains that open earlier and earlier on the Thanksgiving weekend.

ALSO READ: The Oldest Post Office in Every State


As if commercializing Thanksgiving were not enough, organizations that track holiday sales already have started to forecast retail revenue at the start of November. Forecasts for holiday sales began this week. Consultancy Deloitte released its prediction that this year they would rise by 4% to 6%, based on dollars. Its researchers wrote: “Overall, Deloitte’s retail and consumer products practice projects holiday sales will total $1.45 to $1.47 trillion during the November to January timeframe.”

Summer does not officially end until September 22. The USPS has extended the holiday season as far forward into the calendar as possible.