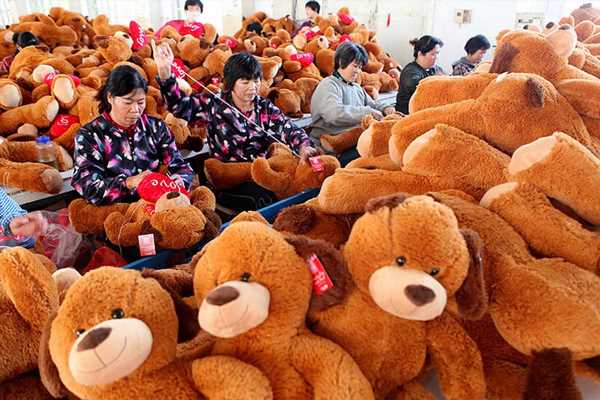 Toy story: India is fast closing the gap with China

Although India’s share in the world toy trade has marginally improved, it still lags behind China’s. Toys are not China’s main item of export, but about two-thirds of the toys sold globally are from China.

However, in a major boost for the country’s domestic manufacturing capacity, India is likely to extend the production-linked incentive (PLI) scheme to domestic toy manufacturers after Chinese toys were found to be “unsafe”.

A government survey in 2019 reported that about 70 per cent of all the toys imported from China failed the country’s safety tests.

India currently has a PLI scheme in 14 sectors, and it has committed a total financial outlay of Rs 1.97 trillion.

According to industry experts, the scheme has the potential to add 4 per cent to India’s gross domestic product per annum by boosting the country’s manufacturing capacity.

China is the largest supplier of toys to India.

A Business Standard analysis found that though toy imports from China have reduced in the five years from FY18 to FY22, India still imports about three-fifths of its toys from the country.

However, in FY22, imports from Taiwan, Japan, Italy, the US, Sri Lanka, Germany, UK and the UAE accounted for more than a fifth of India’s toy imports.

India has consistently reduced its toy imports over the past five years and is now a net exporter of all kinds of toys, which include sports equipment, dolls, fishing equipment, video games, festive and carnival items, circus and amusement items, among others.

The analysis also found that the steepest reduction between FY18 and FY22 has been in the import of dolls; scooters, pedal cars and wheeled toys and articles for circus and travelling menageries.

However, the imports of sporting articles and fishing equipment have risen by 24 per cent and 110 per cent, respectively.

In comparison, India’s exports of small toys, which include dolls, wheeled toys and scooters have risen 177 per cent in the five years since FY18, followed by its exports of playing cards, video game consoles and parlour games which have increased by 105.8 per cent in the same period.

The gap is still huge but India’s toy exports are growing at a faster pace than China’s.

While it is still far from becoming a global hub of toy exports, India is fast closing the gap with China.