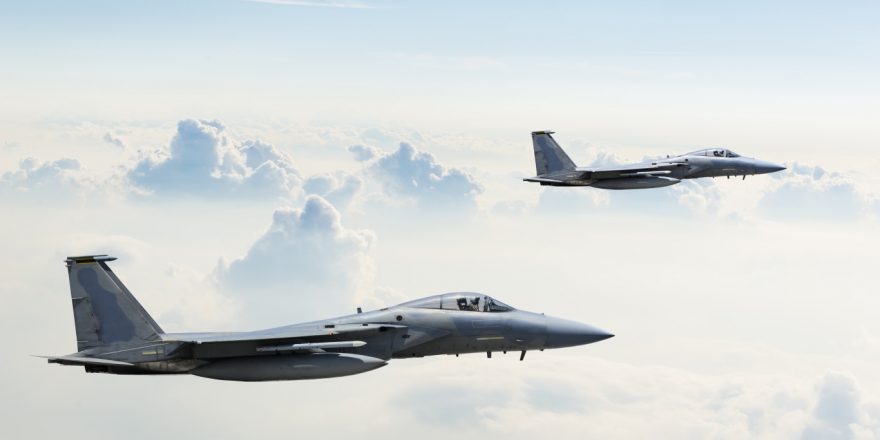 The Top 10 Most Used Fighter Jets in the World

Jet fighters are the airborne workhorses of a nation’s defense and offense. Whether intercepting incoming enemy aircraft or establishing air superiority in a battlefield, they are designed for high speed maneuverability, and often are also durable. Some of the jet fighters still in service date from the 1960s. (This is the U.S. Air Force’s oldest aircraft.)

To find the 10 most used combat aircraft in the world, 24/7 Wall St. reviewed aerospace publication Flight International’s 2022 World Air Forces directory. Aircraft are ranked by the number of jets that were active in military air fleets of nations around the world at the time of publication in 2021. The plane manufacturer also came from Flight International, a publication of aviation and aerospace site FlightGlobal. Information on first flights and the militaries that first used the aircraft came from a variety of online sources.

In addition to their technological advances and firepower, an interesting aspect of the fighter jets on the list is their longevity.  America’s F-5 jet first flew in 1963, and there were 412 fighters active in militaries worldwide as of 2021. China’s J-7 first took flight in 1966, and there are still 445 aloft in national militaries around the world. Five other fighters from the U.S. and the former Soviet Union first flew in the 1970s. The most recent fighter on the list, the F-35 Lightning II, began flying in 2006.

Of the 10 most-used fighter jets in the world, half were initially used by the United States and three by the former Soviet Union.

Even though the U.S. government is concerned over the expanding capability of China’s and Russia’s air forces, America retains overwhelming air-power dominance. Flight International, tracks aircraft usage in six categories, and the U.S. has a combined fleet of 13,246 aircraft, or 25% of the world’s total, more than the next five-ranked nations combined: Russia, China, South Korea, India, and Japan. (These are the largest air forces in the world.)

Click here to see the top 10 most used fighter jets in the world.