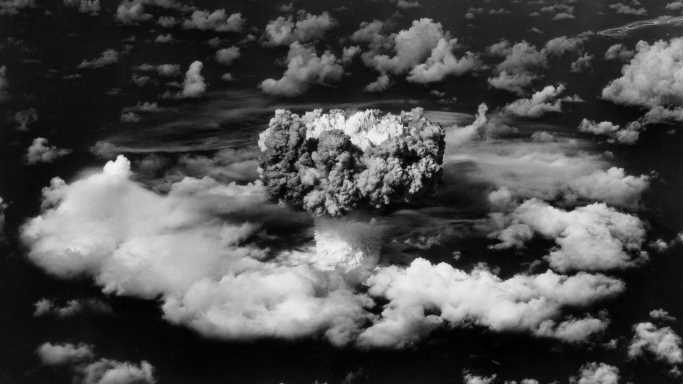 The Six European Bases Where The US Is Storing Nuclear Bombs

The nine countries known to have nuclear weapons keep their stockpiles within their national boundaries or loaded on submarines that prowl beneath the waves of the world’s oceans. Or at least, that is what they wish everyone believed. (This is the country with the most nuclear weapons.)

In 2019, the Belgian newspaper De Morgen acquired documents stating that the United States stores about 100 of its nuclear bombs at six military bases in five NATO-aligned countries, none of whom have their own nuclear weapons programs. The U.S. and its allies generally do not disclose details about their nuclear stockpiles.

The Center for Arms Control and Non-Proliferation pointed out in its report “U.S. Nuclear Weapons in Europe,” published last year, that the U.S. has historically deployed nuclear weapons to allied European states, but that practice had been curtailed greatly since the end of the Cold War in 1991.

Still, some of these American nukes probably continue to be parked in Europe as part of NATO’s nuclear-sharing program. Today, it is believed the United States stores about 100 B61 nuclear bombs in Belgium, Germany, Italy, the Netherlands, and Turkey.

To find where U.S.-owned nuclear weapons are being stored in Europe and how many are held in each base, 24/7 Wall St. reviewed the Center for Arms Control and Non-Proliferation report on the matter. We then reviewed each country’s page on the International Campaign to Abolish Nuclear Weapons to find how many U.S. nuclear weapons it is hosting. Additional information on each base came from Military Installations.

The aircraft-loaded B61 is an intermediate-yield thermonuclear gravity bomb, meaning that it can be adjusted to yield explosive energy of between 0.3 to 340 kilotons. At its maximum explosive force, the B61 is more powerful than many submarine-launched ballistic missiles. The plan to upgrade the current B61s in Europe the newest variant, the B61-12 has been accelerated, and according to Politico, they could already be deployed this month. (What could go wrong? Well, here are nuclear mixups that almost started World War III.)

A 50 kiloton bomb, for example, can create a fireball radius of about 317 yards in diameter and a radiation radius of about 0.72 miles, according to Nukemap. Anything in the fireball radius is vaporized, and people living within the larger radiation radius would likely die from radiation poisoning within a month should they survive the blast. Virtually anyone within a 2-mile radius of ground zero would suffer third-degree burns. Life-threatening radiation fallout would drift with the winds for dozens of miles, and survivors would be at high risk of cancer.

Here are the European bases that store U.S. nuclear weapons.