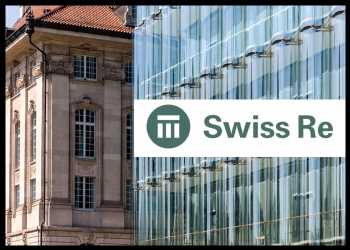 Shares of Swiss Re AG were losing around 3 percent in the morning trading in Switzerland after the reinsurer reported Friday a net loss in its third quarter and the first nine months of fiscal 2022. The results were hurt mainly by weakness in Property & Casualty Reinsurance or P&C Re segment.

Going ahead, the company still expects it is unlikely to reach its Group ROE target of 10 percent in 2022, but remains confident in the mid-term outlook.

Swiss Re is on track to meet its goal of boosting US GAAP Group ROE to 14 percent in 2024.

Swiss Re’s Chief Executive Officer Christian Mumenthaler said, “The first nine months of this year were marked by a confluence of events affecting Swiss Re’s financial performance: from turbulence in the financial markets, to an increase in natural catastrophe claims, surging inflation and the war in Ukraine. While P&C Re has been significantly affected by these headwinds, all other businesses are performing well and are on track to reach their 2022 financial targets.”

According to Mumenthaler, risk aversion and the need for protection will continue to increase in this volatile environment.

In the nine months, Swiss Re posted a net loss of $285 million, compared to net income of $1.26 billion in the prior year.

The latest results were hurt by significantly lower investment results, large natural catastrophe claims of $2.7 billion as well as first-quarter reserves of $283 million related to the war in Ukraine.

However, Life & Health Reinsurance or L&H Re turned to net income of $221 million from last year’s loss of $32 million.

Corporate Solutions net income was $356 million, down from $425 million in the prior year.

In the nine months, net premiums earned and fee income rose 1.3 percent to $32.37 billion from $31.95 billion a year ago. The company noted that its growth was negatively affected by adverse foreign exchange developments, while at stable foreign exchange rates, the increase was 5.2 percent.

In Switzerland, Swiss Re shares were trading at 74.56 Swiss francs, down 3.5 percent.