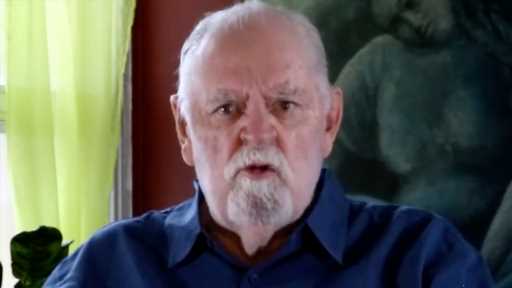 Peter Rawley, a longtime ICM talent agent who repped Richard Dreyfuss, Richard Gere and Faye Dunaway and also was head of European production for MGM and a successful indie producer, died January 3. He was 85.

His passing was confirmed by his wife of 33 years, filmmaker Betty Kaplan, who did not give a cause of death.

Rawley was known for his innovative financing, packaging and distribution of motion pictures internationally. When he started out, most movies came from big studios or small indies, but that changed in the 1970s. Rawley was among the first to tap independent money largely from Europe, Southeast Asia and Japan for both Hollywood majors and independents.

Rawley was born in 1938 in London and earned his B.A. and master’s degrees from Oxford University. After producing theater, he joined CMA (a predecessor to ICM) in 1966, where he became Managing Director of the London office and then Head of European Operations.

In 1972, he became Head of Production at MGM Europe. He later produced Ransom, starring Sean Connery. The first film about an airline hijacking, it later released by 20th Century Fox as The Terrorist.

Then Hollywood called. In 1978, he returned to ICM as EVP and Head of International Operations.

Rawley, who was fluent in Spanish, French and Italian, and Kaplan had been living in Puerto Rico for the past decade and produced TV and films through Cine Condado Films including Dona Barbara and Of Love and Shadows, distributed by RAI. Rawley also had been teaching film production at the University of Puerto Rico, where he developed a scholarship program for young Puerto Rican filmmakers to attend a major film school for a year.

Rawley participated in many seminars, most recently in Australia and at the Bombay Film Festival, and was an adviser to the Moscow International Film Festival and on the U.S. Committee of the British Film Office. In 1992, he was honored by King Juan Carlos of Spain and is an Officer of the Civil Order of Merit.

Along with his wife, Rawley is survived by his children Pascale, Fabienne and Rufus and grandchildren Cooper, Tarka, Merlin, Rowan and Ivo.

Bezos Pulling An Iger & Returning As CEO? One Investor Says It’ll Happen In 2023

How Will Ari Emanuel Deal With UFC Chief Caught On Video Slapping Wife?