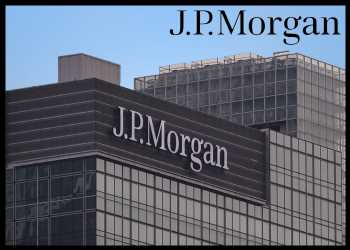 US investment bank JPMorgan Chase & Co. (JPM) reported Friday a profit for the third quarter that declined 17 percent from last year, hurt by higher provision for credit losses and net investment securities losses. However, both earnings per share and revenues for the quarter topped analysts’ expectations.

On average, 20 analysts polled by Thomson Reuters expected the company to report earnings of $2.88 per share for the quarter. Analysts’ estimates typically exclude special items.

The provision for credit losses was $1.54 billion, compared to last year’s net benefit of $1.53 billion, driven by net credit reserve build of $808 million and $727 million of net charge-offs.

Total net revenue on a reported basis was $32.72 billion. On a managed basis, net revenue was $33.49 billion, up 10 percent from $30.44 billion in the previous year. Wall Street expected revenues of $32.09 billion for the quarter.

Noninterest expense was $19.18 billion, up 12 percent, driven by higher structural expense, primarily compensation, and continued investments in the business, including technology and marketing.

Looking ahead, Chairman and CEO Jamie Dimon said, “While we unfortunately still don’t know the ultimate effect of changes in capital requirements due to the completion of Basel III, through our earnings power and demonstrated ability to manage down risk-weighted assets, we expect to reach our current target CET1 ratio of 13%, which includes a 50 basis point buffer, in the first quarter of 2023.”