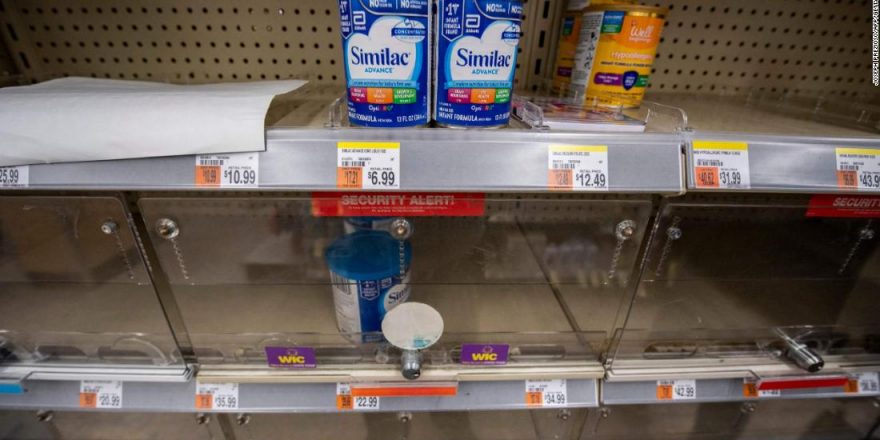 (CNN)Parents and caregivers continue to feel the pain of store shelves that are cleaned out of baby formula, and many are turning to hospitals and community organizations for help.

“There is a lot of panic,” said Jamie Lackey, founder and CEO of the nonprofit organization Helping Mamas in Norcross, Georgia, which helps low-income families find baby supplies.
“We had a mom come through the distribution site the other day — she had gone on to 15 different stores with her child in the car and could not find a single can of formula,” Lackey told CNN’s Christi Paul on “New Day Weekend.”

“We had another mom show up before the offices opened the other day,” Lackey said. “It is getting hard, and people are afraid.”

Even as the government airlifts tons of formula in from other countries and Abbott reopens a factory that produces almost half the powdered formula sold in the United States, getting regular supply back to retailers could take weeks. 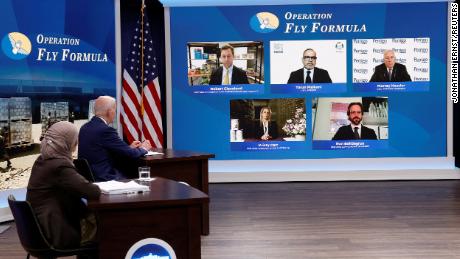 One estimate, from the market research company Datasembly, found that stock rates have not improved. During the last week of May, 74% of formula products were out of stock at some point. In nine states, including many in the South, more than 90% of formula products weren’t always available, which means families are still on the hunt.
Even when it is possible to find some formula, it may not be the kind children have been used to. That may not sound like a big deal, but for tiny tummies, it can be a real pain.

“It feels like the ultimate defeat just because you want to be able to provide what your baby needs and the nourishment and care that they’re used to,” said Amy Goff of Pearl, Mississippi.
Goff stopped breastfeeding her daughter, Ava, when she was 3 months old. She switched to formula when she went back to work as an optician because it was too difficult to find time to pump enough milk for Ava during the day. Goff says Ava was doing great on formula until the shortage really took hold in February.
Since then, she hasn’t been able to consistently find the same kind of formula to feed Ava. She’s switched her six times, which led to rashes and diarrhea. “She was screaming in pain,” Goff said, “and there was nothing you could really do. That feels really helpless. You just want to help your child.”
Goff recently started trying to get her milk supply back, or relactate, so she wouldn’t have to worry. 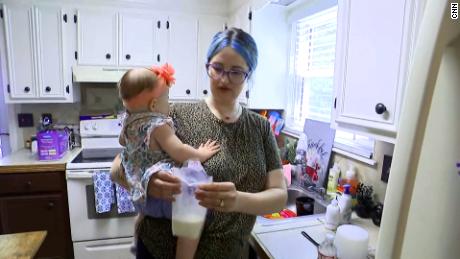 “We won’t have to switch her again,” she said, “I don’t want it to become a seventh time.”
Some children’s hospitals even say they have even noticed an increase in calls from worried parents.
“Initially, this problem affected those who are on more specialized formulas or had nutritional issues,” said Stephanie Seger, senior manager of government relations at Children’s Mercy Hospital in Kansas City, Missouri. “Then the gap, or the emptiness on the shelves, increased to the point where it’s now any formula. It’s now any parent of any baby.
“You can go to any Target, Walgreens. They’re just empty. I even checked Whole Foods this week to see if there was anything, and truly, just empty shelves where their product used to be,” Seger says.
Sometimes, desperate parents will just call every number in the hospital’s phone directory until they find someone who will listen, says Mindy Schneider, senior director of integrated inpatient care at Children’s Mercy Hospital. 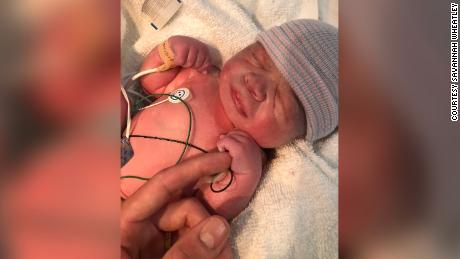 “I think what we’re experiencing is a flood of calls,” said Kristi Thaete, director of nutrition services for Children’s Mercy. “They may be calling in, they may be coming to the ER, they may be being seen in clinic, or they might be being seen for something totally unrelated. But the gist is that the families can’t find formula.”
Many of those calls make their way to Thaete, who tries to help people find substitutes for what they’re looking for.
“I fielded a call earlier this week; a family is looking for a specific product with added rice,” she said, “but it’s not anywhere within a 200-mile radius.”
In that case, she says, she was able to help them find something else that would work until their regular product comes back. In other cases, though, there’s just no substitute available.
Abbott makes the only infant formula for babies with kidney problems — Similac 60/40 — which has fewer minerals than other products. When Abbott’s Sturgis, Michigan, factory shut down, the means to make it went away, too.
Hospitals have had to mix other commercially available products — essentially compounding formula — to try to find something that will work for these fragile infants.
This is done under carefully controlled conditions in the hospital’s formula room and isn’t something families should try to do at home, says Dr. Amy Hair, director of neonatal nutrition at Texas Children’s Hospital in Houston.

Sign up here to get The Results Are In with Dr. Sanjay Gupta every Tuesday from the CNN Health team.

Helping Mamas’ Lackey is urging people to help if they can.
“We are asking families, if you have unexpired formula, to get it to us or a food bank in the community. We are getting calls every single day. It is terrifying not to know if you can feed your child again.”
Source: Read Full Article