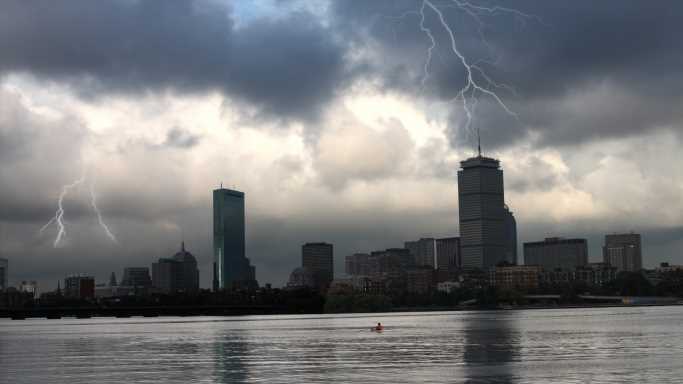 Cities at the Greatest Risk of Hurricane Disaster This Year

The 2022 Atlantic hurricane season kicked off in June and will run through Nov. 1, and the National Oceanic and Atmospheric Administration already predicts above-average hurricane activity this year. NOAA is projecting 14 to 21 named storms with winds of 39 miles per hour or higher. Of that number, six to 10 are likely to accelerate into hurricanes marked by at least 74 mph winds. Three to six of these could be major hurricanes classified as category 3, 4, or 5, with winds of 111 mph or greater.

Areas along the Gulf Coast and the Atlantic Seaboard traditionally have been hit hardest by these devastating storms. (Here are before and after pictures of the worst hurricanes in American history.)

In 2021, Hurricane Ida caused the most destruction. Hitting Louisiana in late August, the storm’s devastating effects reached as far as New York City, where massive flooding shut down the city’s transportation system. As the largest catastrophe in the U.S. last year, Hurricane Ida led to $37 billion in insured losses, reinsurance firm Gallagher Re calculates. In total, CoreLogic estimates damages from the last hurricane season hit $80 billion, making it the third most costly year behind 2005 and 2017.

Perhaps the greatest threat to lives and property is a storm surge. Pushed by high winds and low pressure, sea waters rise, forming a massive wall of water that levels properties in its wake. Coming onshore, the storm surge overwhelms drainage systems already burdened by days of heavy rains.

The city at risk of bearing the greatest financial hit from the upcoming hurricane season is not located along the Gulf Coast. It is the heavily-populated New York City. With a population of nearly 19.3 million, the city has 786,279 single-family homes at risk of storm surge and 3.8 million homes at risk of high winds. In a storm surge event, repair costs for those single-family residences could total $369.9 billion, while repair costs from wind damage could cost an estimated $1.9 trillion. (But what is the worst natural disaster in every state?)