Home » Business » China Plus One: Low labour costs and growing workforce give India the edge 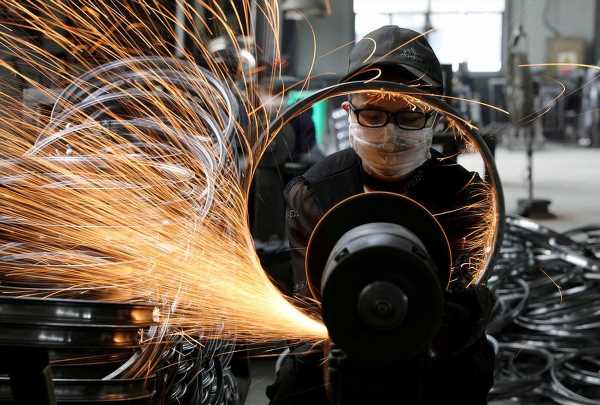 China Plus One: Low labour costs and growing workforce give India the edge

A combination of one of the lowest labour costs and a large surplus workforce, which will continue to grow until 2031, is one of the key competitive edges that India is leveraging to challenge its rivals in Southeast Asia in the race for a China-Plus-One strategy. 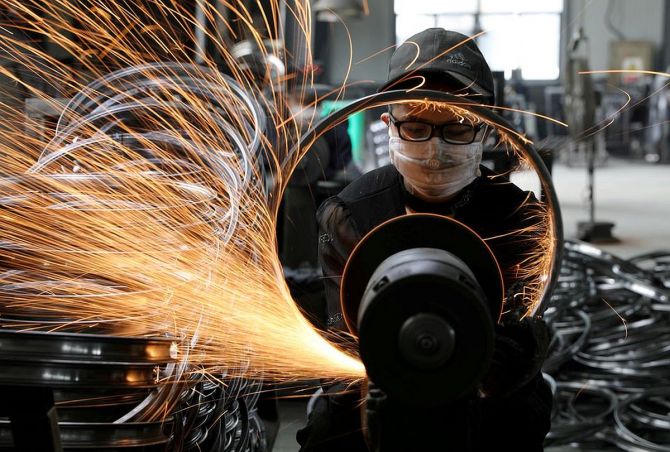 Apart from India, the countries in the race to woo global companies that manufacture in China, as well as the supply chains to their country include Thailand, Indonesia, Malaysia, the Philippines, and Vietnam.

On the labour front, India is a clear winner.

Data from Euromonitor, the World Bank, the ILO (International Labour Organization), and UNIDO (United Nations Industrial Development Organization), analysed by Morgan Stanley, shows that India has the lowest manufacturing wage cost in the region: At $0.8 an hour, it is 20 per cent lower than Indonesia, nearly half of Vietnam and the Philippines, around a third of Thailand, and a sixth of Malaysia.

Contrary to earlier perception, China’s manufacturing labour costs have risen to quite high levels — $7.1 per hour, far higher than India and other Southeast Asian countries, and much closer to Taiwan’s $11.7 per hour.

#Apart from labour costs, India can provide a continuous supply of labour to power manufacturing growth for years to come, unlike other countries in Southeast Asia, where in many countries, there is a growing shortage of labour in export-oriented industries.

India will add 22 per cent (97 million) to the world’s working age population by 2031 (since 2021), according to UN Population Database estimates with Morgan Stanley.

Indonesia, which has the third-biggest labour force, will add only 4 per cent, Latin America will add 7 per cent, and the rest of Asia (excluding Japan) will add just 1 per cent to the working population during the same period.

India’s working population of people aged over 15 currently stands at 471 million, second only to China.

It is more than one-and-a-half times the combined labour force of Indonesia, Malaysia, the Philippines, and Vietnam which is 294.6 million.

On the flip side, around 11 per cent of the labour force have only intermediate education (have some skills) in India, far lower than in Indonesia (31.2 per cent), Vietnam (24.3 per cent), or Thailand (23.2).

But the actual numbers are  far higher because of the far bigger labour force available.

But it is lower than Vietnam (5.7 per cent) and China (6.5 per cent), based on ILO and Morgan Stanley estimates.

The latter’s workforce comprises only 56 million.

In the first quarter of this year, Vietnam faced a shortage of over 120,000 workers as companies tried to pump up production.

A survey by the Vietnam Chamber of Commerce & Industry in July revealed that 60 per cent of the respondents felt that lack of skilled labour was a “moderate-to-serious” challenge.

A global electronics company executive familiar with India and Vietnam told Business Standard that “lack of enough availability of trained labour could be an issue for future growth in Vietnam unless workers are brought from other adjoining countries”.

But he pointed out that India needs to do a few things to take advantage of the edge in labour cost and availability by easing labour laws and removing restrictions on simple things such as having rooms for them to stay on the factory premises.

Other issues, such as ease of doing business, incentives, cost of power, duties on inputs, and free-trade agreements, also matter and here Vietnam scores over India.

What India has is a big opportunity to export labour-intensive goods and emerge as a global hub.

That is what the government’s production-linked incentive (PLI) scheme is trying to do in many sectors.

Exports, for example, will account for 48 per cent of total production value in seven of the PLI sectors, which include mobile devices, IT, and telecom products.

Total exports by the end of the scheme are expected to reach Rs 13.9 trillion.

Total exports through all 14 sectors and their PLIs will be much bigger because expectations from the export of textiles and auto components have still not been clearly earmarked in the scheme.