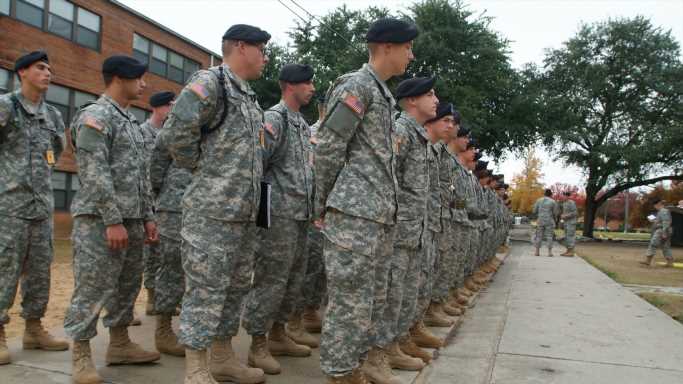 The U.S. military is not only considered the most effective fighting force in the world, but also among the largest. While there are nearly 160,000 active duty U.S. military personnel deployed abroad and on ships at sea, the vast majority of American troops are stationed at bases within the United States.

There are hundreds of military bases across the 50 states and Washington D.C., home to nearly 1.2 million active-duty service members and their families, according to the Department of Defense’s report Demographics Profile of the Military Community. These domestic military installations vary considerably in personnel capacity, and many of them have populations equivalent to that of a mid-size city. (Here is a look at America’s 25 military cities.)

Using DoD military demographics data for 2019 – the most recent year of comprehensive data by base – 24/7 Wall St. identified America’s largest military bases. For the purposes of this story, only bases housing active-duty military personnel for the Army, Navy, Air Force, Marine Corps, and DoD were considered.

The number of active-duty military personnel stationed at the 26 military installations on this last ranges from just over 10,000 to nearly 50,000. Including military family members, some of the bases on this list have populations exceeding 100,000.

Many of the bases on this list will be familiar to military men and women and their families, as they serve as basic training sites. The Army uses Fort Benning, Georgia; Fort Jackson, South Carolina; Fort Leonard Wood, Missouri; and Fort Sill, Oklahoma, for boot camp, and each ranks among the largest bases in the country. Boot camp locations for the Navy, Air Force, and Marine Corps also appear on this list. (Here is a look at what it takes to be in 16 of America’s elite military forces.)

Other bases – including several bases larger than those used for basic training – serve a variety of functions, including operational support, maintaining deployment-ready forces, and continued advanced training.