Home » Business » AMC Entertainment Talked With Regal Parent Cineworld About Acquiring Theaters In U.S. And Europe, But “Negotiations Are Not Continuing” 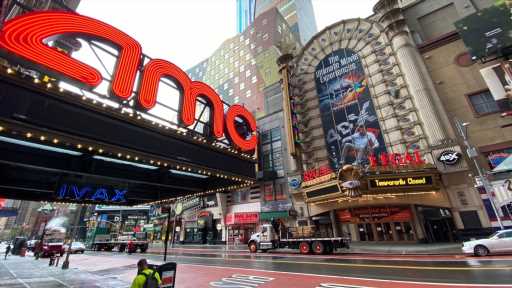 AMC Entertainment Talked With Regal Parent Cineworld About Acquiring Theaters In U.S. And Europe, But “Negotiations Are Not Continuing”

AMC Entertainment said it held talks with lenders about potentially acquiring theaters from the portfolio of bankrupt rival Cineworld, which owns Regal Cinemas.

In an SEC filing, the exhibitor said the negotiations were related to the Chapter 11 bankruptcy process unfolding with UK-based Cineworld. An unspecified number of theaters in the U.S. and Europe were discussed, though as of now the “negotiations are not continuing,” the filing said.

The acquisition would have been funded in part by AMC issuing new “APE” shares (its recently introduced preferred class) along with debt financing provided by Cineworld lenders.

“During the course of discussions, the company did not provide any confidential or non-public information, analyses, compilations, forecasts, studies or other documents to the lenders,” AMC said in the filing. “A definitive agreement with the lenders has not been reached regarding the terms of any proposal to be presented to the debtors in the Cineworld cases.

While AMC plans to stay on the hunt for “value enhancing” M&A opportunities, it said “there can be no assurance” that it will resume talks with Cineworld lenders.

Covid crippled many exhibitors, forcing many to close their doors for months. Several circuits shuttered for good or went into bankruptcy as the reality of the new film marketplace set in, with fewer releases and drastically shorter theatrical windows.

Investors appeared to spark to the news of the Cineworld talks, as AMC shares rose 5% in early trading. They have recently fallen to earth after a meme-trading-aided whirlwind since 2020, a span during which the shares approached $60 a share despite significant uncertainty about the outlook for theatrical moviegoing.

Investigation: How The BBC Is Making Money Producing Ads For China