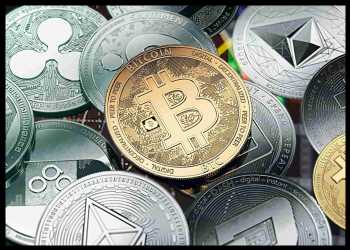 Cryptocurrencies rallied more than 4 percent early on Monday to scale the $1 trillion mark in market capitalization, after a gap of more than a month.

Receding fears of a 100-basis points rate hike by the Fed, the Dollar’s retreat from recent peaks and the momentum in the stock markets helped the digital assets surge ahead with a bullish fervor.

The varying magnitudes of price movements amongst the cryptocurrencies as well as the risk-on sentiment in the day’s crypto rally have significantly altered the crypto market dominance. Bitcoin’s dominance dropped to 41.8 percent, from 42.7 percent early on Thursday, while Ethereum jumped to a market dominance of 17.7 percent as compared to 14.9 percent earlier. Stablecoins dropped to 15.1 percent of the overall market versus 17.3 percent early on Thursday. The share of residual altcoins increased to 25.4 percent, from 24.8 percent between the same period.

96th ranked Theta fuel (TFUEL) is the best performer in the top 100 category with an overnight gain of 22.5 percent.

8th ranked Cardano (ADA) gained 9 percent in the past 24 hours as well as in the past week.

9th ranked Solana (SOL) rallied 6 percent in the past 24 hours.

Between July 12 and July 18, Bitcoin jumped two slots to rank 15 whereas Ethereum jumped 29 notches to rank 62.