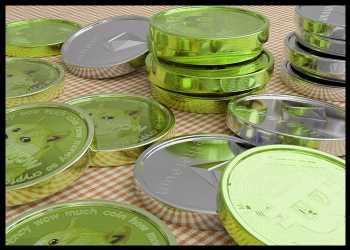 Crypto markets declined early on Monday to $914 billion of market cap versus, $934 billion, a day earlier. The Dollar’s surge, pushing the Dollar Index to a fresh 20-year high of 108.17 dragged down cryptocurrencies by more than 2 percent in the past 24 hours.

Caution ahead of the next inflation readings from the U.S., due on Wednesday and the onset of the earnings season also kept markets on tenterhook.

27th ranked Monero (XMR) added more than 5 percent in the past 24 hours.

The ECB has released the July edition of its macroprudential bulletin that looks at the risks and policy implications of certain crypto-asset segments, as well as the potential impact of crypto-assets on climate transition risk. The document titled “A deep dive into crypto financial risks: stablecoins, DeFi and climate transition risk” acknowledges that financial stability risks from crypto-assets are rising and could reach a systemic threshold.

The report notes that the Terra crash highlighted the stablecoins’ risk to financial stability. It states that as the largest stablecoins serve a critical function for crypto-asset markets’ liquidity, a run on or failure of one of the largest stablecoins could have contagion effects for the financial system through large-scale redemptions of reserve assets, such as government bonds or commercial paper. The report therefore recommends that appropriate regulatory, supervisory and oversight frameworks need to be implemented urgently, before stablecoins become a risk to financial stability.

DeFi, the report states is a novel way of providing financial services that eliminates traditional centralised intermediaries and relies instead on automated protocols. DeFi, the report mentions is in many ways subject to the same vulnerabilities as traditional finance, including those caused by excessive leverage and risk taking, liquidity mismatches and interconnectedness. For the said reasons, the report adds that DeFi needs to be effectively supervised and regulated.

As the functioning of certain crypto-assets (like bitcoin) uses a disproportionate amount of energy that clashes with public and private environmental policies and environmental, social and governance (ESG) objectives, the authors also believe that Government intervention is likely.