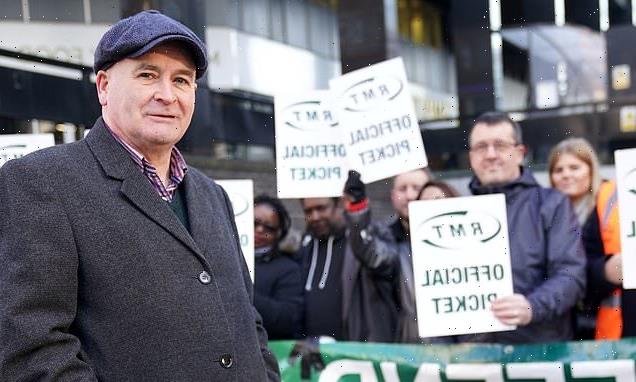 A pay offer of 10 per cent could be tabled by ministers in a bid to reach a breakthrough with the RMT rail union, it emerged today.

Sources said Whitehall officials were looking into whether the existing 8 per cent offer over two years to workers for 14 train companies could be improved.

Rail minister Huw Merriman is understood to have left open the possibility of an extra 2 per cent being found during a meeting with RMT boss Mick Lynch yesterday.

Demands from the Government for driver-only operated trains as part of any agreement could also be watered down to get a deal over the line.

Ministers inserted the driver-only clause at the eleventh hour last month, scuppering a potential deal, but are now softening their stance. Around 55 per cent of passengers already travel on door-only services. 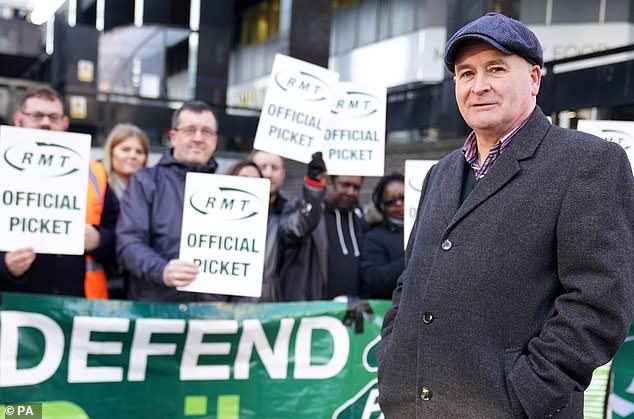 A pay offer of 10 per cent could be tabled by ministers in a bid to reach a breakthrough with the RMT rail union, it emerged today (pictured: Mick Lynch, general secretary of the RMT on the picket line outside Euston station)

Even if a deal is struck between the RMT and 14 train operators, facilitated by ministers, the union’s dispute with Network Rail will continue.

However, more than a third of Network Rail workers voted for the deal when it was put to RMT members in a referendum last month.

The Government-owned agency, which manages signalling and track maintenance, argues it would have been accepted if the union hadn’t advised members to reject it on false grounds.

Network Rail and RMT negotiators met today in a bid to reach a breakthrough to the six-month dispute.

A source said the meeting was a ‘chance to clarify key parts of the deal as clearly the RMT information that was put out for the referendum shows misunderstanding for significant parts.’ 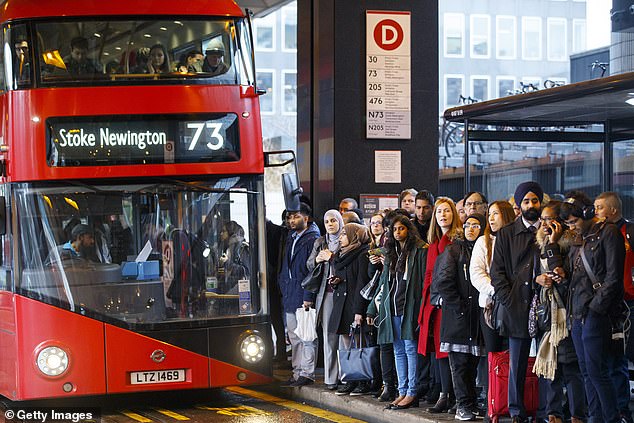 The hope is that this will lead to a second ‘more considered’ referendum in which the deal is accepted.

It is claimed that union bosses told members they would be forced on to new contracts that reduce overtime rates and make them worse off.

But the contracts would only apply to new starters, with existing staff given a choice over whether to switch. The contracts would be worth more in the long term because they boost base pay and pension outcomes.

The RMT also failed to communicate the ‘graduated nature’ of the deal, Network Rail bosses say, and claim it is worth the equivalent of 14 per cent for lower-paid workers.

‘It’s complete bulls***. Management settled on a one-year deal worth 4 per cent,’ the source said. 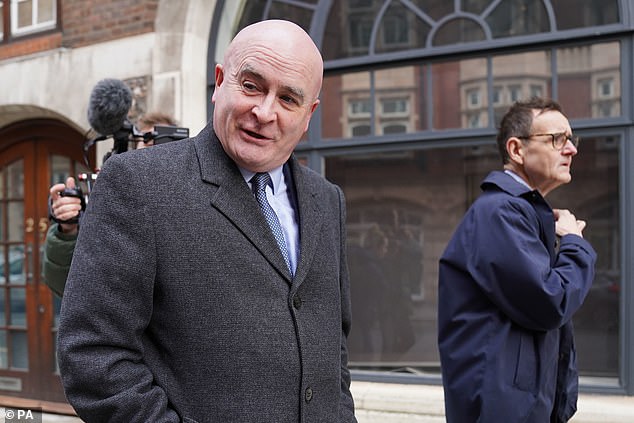 A dispute with Aslef, which represents train drivers, also needs to be resolved.

But it is expected to be rejected when the union’s executive committee meets next week.

Raising the prospect that Aslef strikes could continue until June, when the union’s strike mandate ends, a source said: ‘Mr Merriman didn’t say “this is the best you’ll get”,because he’s smart enough to know it isn’t.’

Mr Whelan and Mr Lynch will be quizzed by MPs tomorrow morning when they are scheduled to appear before the Commons transport committee.