Victorian opposition should be wary of repeating mistakes

The Andrews government is approaching the halfway mark of this term. The next election comes around in late November 2022. The task in front of the government is obvious – create thousands of instant jobs. But the opposition is showing signs of repeating their errors from their failed campaign in 2018. Michael O’Brien needs to regroup if he is to capitalise on the COVID baggage Dan Andrews will try hard to dump. 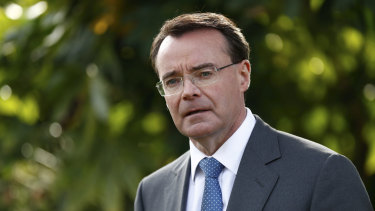 The Liberals' myopic campaign in 2018 focused on two main themes – the so-called "African Gangs" and the CFA. For months, the forced restructuring of the fire services was the biggest story in town. Relentless campaigns run in concert with the Murdoch papers were designed to characterise the Andrews government as weak on crime and a puppet of the unions.

The ethnic crime narrative collapsed years ago. It was always a work of thinly disguised and racist fiction which caused terrible damage to community harmony. Those responsible are yet to say sorry. Don’t hold your breath waiting.

Serial casualties in the top ranks of the fire services fed a conspiracy-laced scenario of the Premier beholden to the United Firefighters Union. The truth is that the UFU is just as much involved in the running of the fire brigades as the Police Association is in the daily operations of Victoria Police.

Hysterical exaggeration masqueraded as analysis of the CFA /MFB reforms. The CFA was romantically but misleadingly characterised to the public as a bushfire fighting organisation, despite the little known statistic that only around 10 per cent of its budget was spent on bushfires. The bulk of its work was covering structure fires in regional cities and towns.

The old CFA was responsible for fire fighting in suburban Dandenong, Werribee, Bendigo, Ballarat and Wodonga and so on in an anachronistic and totally outdated legacy model. For years there had been recognition of the need to correct the historical anomaly that while Melbourne grew, the footprint of the MFB did not.

Since the reforms, the predictions of declining response times, endless conflict between career and volunteer staff and rorting and wastage have not happened.

The newly structured Fire Rescue Victoria is outperforming most benchmarks. Savings in recruiting, training and procurement have been achieved, while call-out times have improved.

More speciality support for regional Victoria is now available instead of being reserved for metro Melbourne. Greater diversity in recruitment is slowly happening, and the purely volunteer CFA continues as an effective and better equipped service.

Morale is recovering. The reforms are not perfect and are a work in progress. There are lessons for us all in how it was done.

A similar relentlessly negative campaign was waged over the elevated skyrail service along the Dandenong rail corridor.

Exaggerated predictions of a collapse in property values and rampant drug dealing in the open space under the overhead tracks have all been consigned to the "Henry Penny" category – the sky(rail) has not fallen in. The attempt to block essential infrastructure by stirring up community anxiety in order to score a marginal seat backfired.

The Coalition seems to be adapting the same playbook to the pandemic.

Relying on the terrible mistakes made in hotel quarantine, they are putting their eggs into one basket.

Beware – voters do not want relentlessly negative whinging nor public health politicised. They want an alternative vision of what the future holds and better ideas. We want to feel reassured that if we toss out the government, the opposition will be competent if given a chance.

Michael O’Brien must convince us that he would do a better job running the joint, instead of just pointing out all the scar tissue on the Premier and his team.

Will Tim Pallas follow the Josh Frydenberg example as he fine-tunes details of the imminent state budget?

The federal budget largely absented government from partnering in the rebuild, instead seeing its role as a conduit of dollars to the private sector for the heavy lifting. Unless you are a provider of school chaplaincy, in which case the government shovels around $60 million your way while there is no more money for the ABC.

The Andrews budget is likely to be the exact opposite of Scott Morrison's. Andrews sees governments as active participants in the rebuild. They are tipped to announce accelerated construction of regional freeways and trains, more level crossing removals and the long awaited airport rail. Expect even more – maybe the bringing forward of the outer suburban rail loop which was not due for a decade.

And in other news, during the week, the Federated Chamber of Automotive Industries released car sales figures for September. Porsche up 33 per cent, Maserati sales doubled and even Ferrari sales were up compared to September last year. Go figure.

Jon Faine is a former presenter on ABC 774.