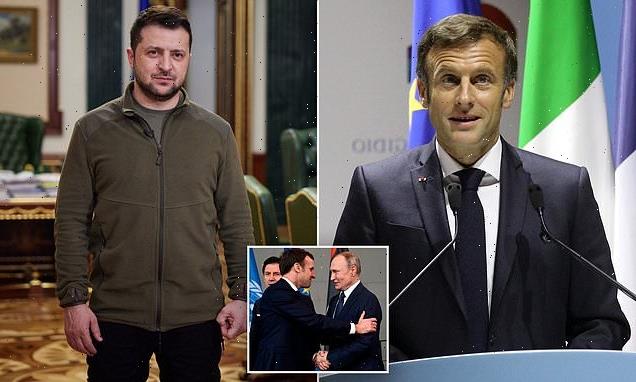 Ukraine has issued a slap down to Emmanuel Macron after he urged Western leaders to negotiate ‘around a table’ with Russian despot Vladimir Putin.

Mykhailo Podolyak, a top adviser to the Ukrainian president, blasted the French leader for telling Volodymyr Zelensky to consider talking to the Kremlin dictator as the country’s towns and cities are being attacked.

Speaking to the Daily Mail in Kyiv, Mr Podolyak said Mr Macron displayed ‘a total misunderstanding’ of the Russian tyrant’s invasion, saying such a move would only play into Moscow’s hands.

The French president used a speech in Italy late on Sunday to call on his Ukrainian counterpart to rethink his stance that peace talks with Putin are impossible. 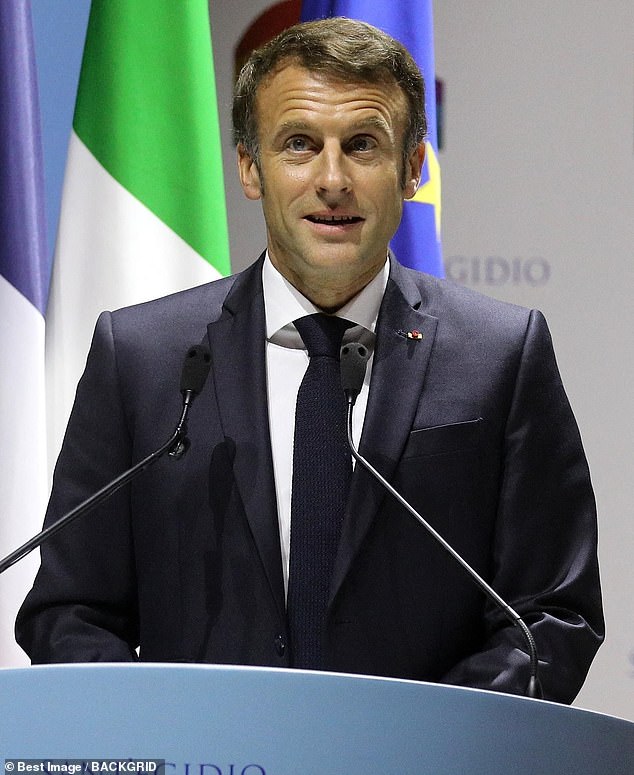 ‘It is more important for Macron to understand the soul of the Ukrainian people and know that they will never get on their knees for Russia,’ Mr Podolyak said.

‘If he wants to see children dying, and waiting before giving extra help, OK let him wait. But Ukraine will still resist.’

The 50-year-old former journalist accused the French president of making the same mistakes as his predecessors, Nicolas Sarkozy and Francois Hollande, in dealing with Putin. Both men tried to broker peace deals after Russia invaded Georgia in 2008 and Ukraine in 2014, which failed to dissuade Putin from launching the war against its neighbour.

‘Any continuation of the negotiating process with Russia will only mean the continuation of war in the future and intensifying the war,’ he added. Mr Macron told a conference in Rome that any talk of peace should not be taken as a sign of appeasement to Russia. 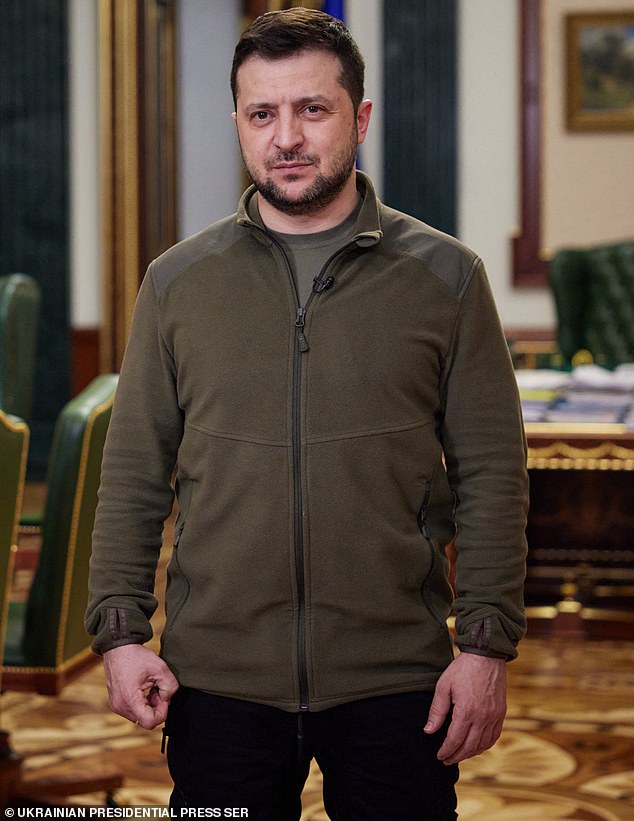 ‘Let’s not let peace be hostage to Russian power,’ he said. ‘Peace will be built with the other… around a table.’

Earlier this month Mr Zelensky signed a decree which formally declared the prospect of any Ukrainian talks with the Kremlin despot directly ‘impossible’, but left the door open to talks with Russia.

Ukrainian officials said negotiations with Putin would never happen after Moscow claimed to have annexed four occupied Ukrainian regions in a series of rigged referendums. They have also cited the emergence of evidence of possible war crimes committed against their troops and civilians as a reason not to sit down with Russia.

Mr Macron has tried to position himself as a possible peacemaker, holding several phone calls with Putin in a bid to broker a deal.

However the French president caused uproar in Kyiv in June when he insisted the Ukrainian government and its Western allies ‘must not humiliate’ Russia in any possible negotiations to end the war.

But senior sources close to Mr Macron insist France backs Ukraine’s bid to regain control of all of its territory, including the occupied Crimea and Donbas regions. 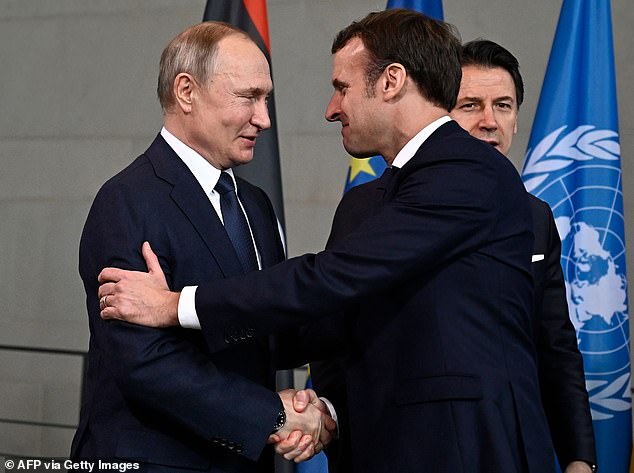 Senior sources close to Mr Macron insist France backs Ukraine’s bid to regain control of all of its territory, including the occupied Crimea and Donbas regions

His defence minister Sebastien Lecornu joined the UK and the US on Sunday in dismissing Russian claims Ukraine will use a so-called dirty bomb in the battle for the key southern city of Kherson.

Western officials believe the Kremlin could use a nuclear weapon in a desperate bid to deter them from supplying Ukraine with modern weapons, intelligence and training.

Ukrainian defence minister Oleksii Reznikov said: ‘Lies about a “dirty bomb” Ukraine is supposedly preparing to use is an element of the Kremlin’s usual tactics.

‘The one where Russian criminals try to pre-emptively blame the victim of aggression for their own crime.’

The Ukrainian military has launched its counter-offensive to retake Kherson, a port city which is the gateway to occupied Crimea and was seized by Russia in the early days of the invasion.

Kyiv’s armed forces have already managed to claw back large swathes of its territory from Putin, including last month’s successful push in the north-eastern Kharkiv region.

Faced with a series of humiliating defeats, Russia has been striking civilian targets and key energy infrastructure to destroy Ukraine’s power grid ahead of winter.