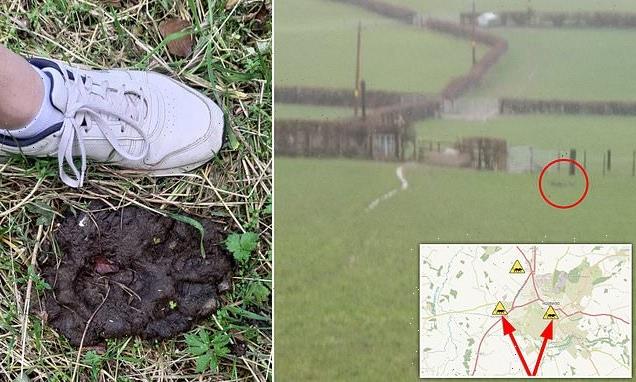 Is a PUMA on the prowl in Wales? Two mystery ‘large black cat’ sightings are reported in just one week

Two ‘large black cat’ sightings have been reported within just one week in a market town in north Wales.

One witness managed to snap a picture of the animal drinking from a trough before another came just 10 meters away from the ‘large black cat’ in Denbigh – close to where several other ‘puma’ spottings took place in recent years.

The apparent sightings both happened on January 12 and January 16.

The first witness took a picture and reported his find to monitoring group Puma Watch North Wales after seeing the creature bolt away. 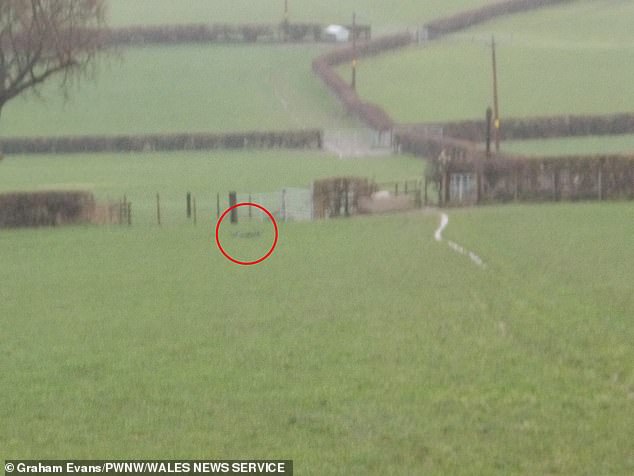 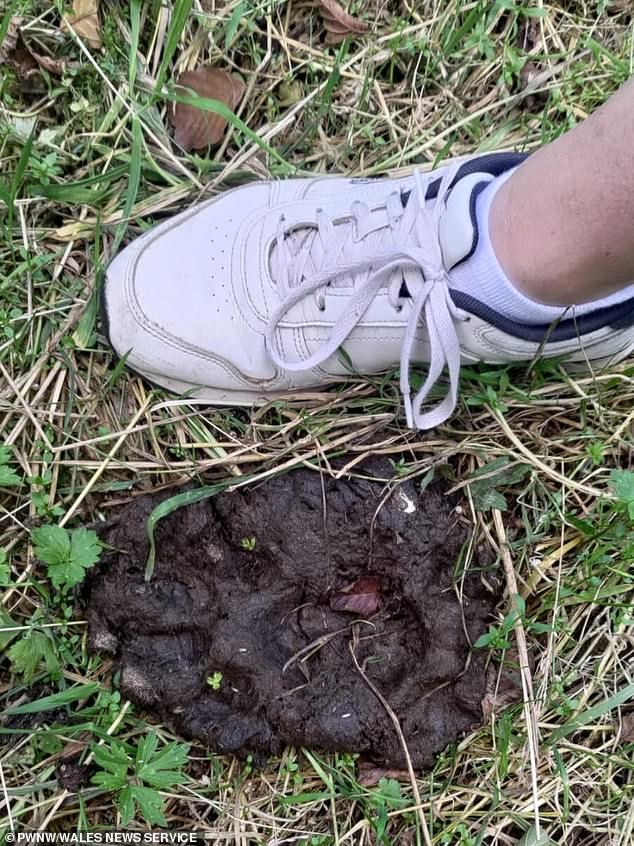 He said: ‘I was alone on a walk in the fields behind Denbigh Castle when I first spotted the animal. It was some distance away and appeared to be drinking from a cattle water trough.

‘It then jumped down, walked several feet from the trough then crouched down very low in the grass. It must have spotted me.

‘When I am out and about I always carry a small compact camera. I just managed to take a photo before it sprang up then jumped over a fence into the next field then ran away into the distance very fast then disappeared.’

Just four days after, another man said he saw a ‘big cat’ in the field behind his home in Denbigh at around 11.30pm. 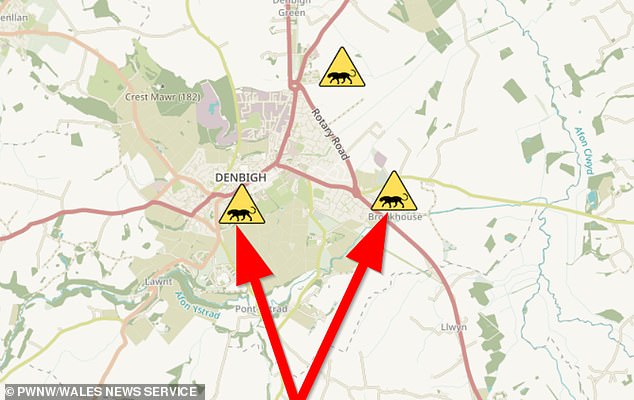 The two sightings both happened in Denbigh, North Wales, close to where several other ‘puma’ spottings have been made in recent years

He said: ‘Walked behind my house to dispose of some wastewater near the field behind my property and I spooked something big and black that bolted away from me causing the undergrowth to rustle.

‘The noise made me look in the direction of the noise and what I seen was far too big to be a domestic cat and it had reared onto its back legs to pivot and run.

‘I’m a former gamekeeper and know it wasn’t a fox or badger, it was far too big, it leapt away rather than running.’

He said the animal ‘scared the life out of me, I was around 10 metres from it.’