Trump is expected to finally come face-to-face with the New York attorney general’s office this month after trying for years to avoid a deposition in its civil investigation into his business dealings.

That office is looking into whether Trump and his children lied about the value of their real estate holdings, and the sworn testimony has the potential to reshape his business prospects. The former president is also expected to face questions under oath about another complicated topic: his net worth.

For Trump, “what matters is looking like you’re a billionaire,” says Gwenda Blair, a Columbia University professor and Trump family biographer.

The perception that he has vast wealth has fueled Trump’s fame and political clout and more practically, helped him secure funding necessary to keep his businesses afloat. But his actual net worth is unclear, with even Trump himself giving conflicting estimates of the assets at his disposal.

“For decades, journalists and prosecutors have tried to dig into that opaque black box called the Trump Organization but not ever gotten very far,” Blair told Yahoo Finance. 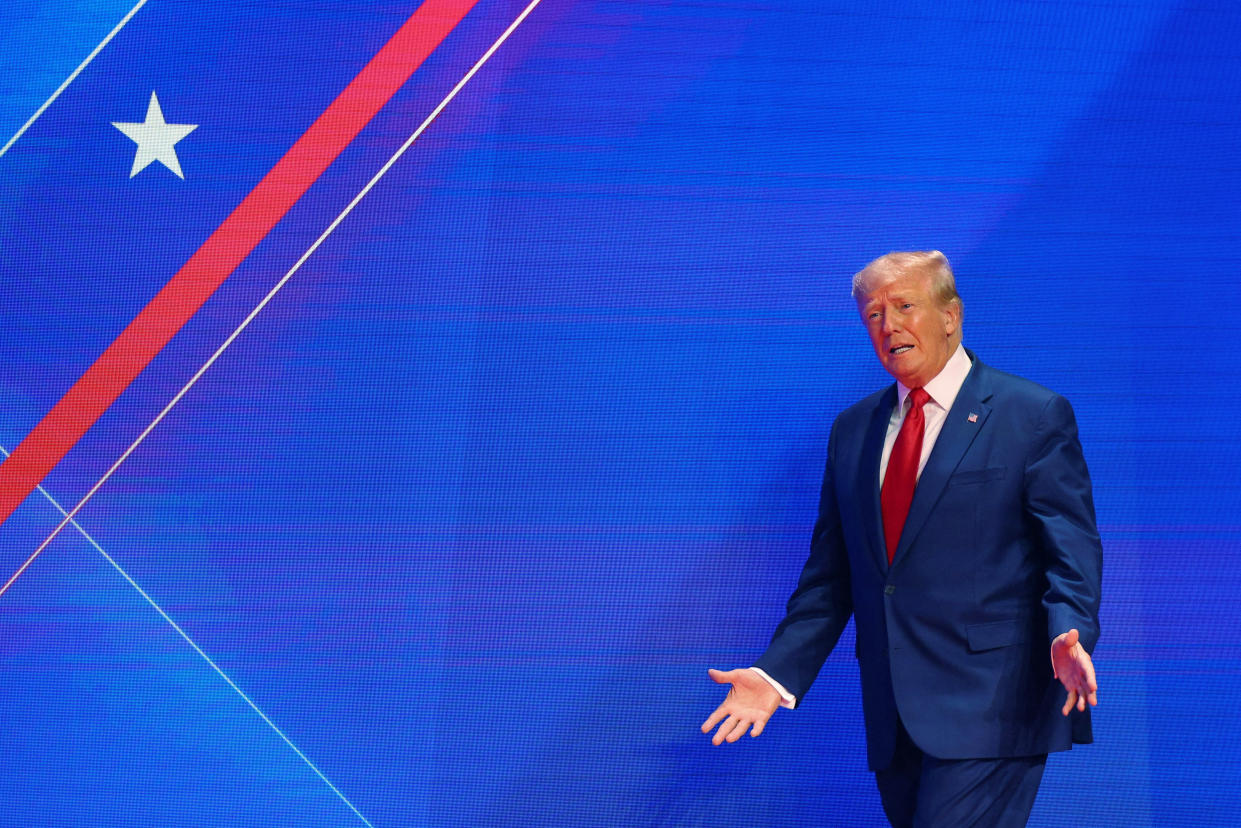 The upcoming deposition comes amid a swirl of investigations into Trump, including the one tied to the Mar-a-Lago raid. It also comes ahead of a widely expected third run for the presidency that he could announce as early as this year, as he continues to perpetuate the perception that he’s wealthy. The civil inquiry from New York Attorney General Letitia James and her team threatens to undermine that image.

The investigation is centered around the claim that Trump undervalued his properties when reporting taxes to the IRS, but then overvalued those same properties when it came time to use them as collateral in bank loans. Depending on the true value of the asset, the maneuver opens up the Trump organization to claims of bank fraud.

In a court filing last January, James’s office said it “has developed significant additional evidence indicating that the Trump Organization used fraudulent or misleading asset valuations to obtain a host of economic benefits, including loans, insurance coverage, and tax deductions.”

‘Smoke and mirrors’ and the Trump organization

How strong would a case against Trump be?

“I am 120% confident that he pulled those types of shenanigans,” says Harry Hurt III, another former Trump biographer.

Hurt seems doubtful, though, that the public will ever be completely privy to Trump’s financial dealings. Asked by Yahoo Finance if he thought the public would ever have a real sense of Trump’s net worth and whether he believes Trump was a billionaire, Hurt responded “no and no.”

If Trump is actually a billionaire behind all the “smoke and mirrors,” Hurt said, it will only be because of property in Brooklyn left behind by his father, Fred Trump, that Donald has had little to do with.

“He wants to present to the public as both a billionaire and a self-made billionaire, neither of which have ever been true,” Hurt said.

Despite doubts by some that Trump is a billionaire, Forbes estimates Trump’s wealth at $3 billion as of early August. In recent months, Forbes reports, Trump’s wealth has gotten a boost thanks to investors betting on Trump Media. During a single day in October, shares of Digital World Acquisition Corp (DWAC), the special purpose acquisition company aiming to merge with Trump’s social media site, jumped by over 350%.

Trump faces no shortage of groups examining his potential misconduct. The Justice Department is reportedly looking into his role in the Capitol riot as part of a criminal probe spurred on by the House Select Committee investigating the Jan. 6 attack. The D.C. attorney general is also preparing to go to trial over fraud at Trump’s inaugural committee. Prosecutors in Georgia are digging into his alleged interference in Georgia’s election in 2020. And the Securities and Exchange Commission is investigating his arrangement with Digital World Acquisition Corp.

Monday’s unannounced raid in Florida was reportedly focused on Trump’s alleged mishandling of classified documents and represented a dramatic escalation of the face-off between Trump and federal officials.

“They even broke into my safe!” Trump wrote in a statement confirming the raid.

Meanwhile, at the state level, there are overlapping investigations into Trump’s business practices in New York with the state attorney general’s probe being the most prominent. That office has reportedly already deposed three of Trump’s children — Eric, Ivanka, and Don Jr. 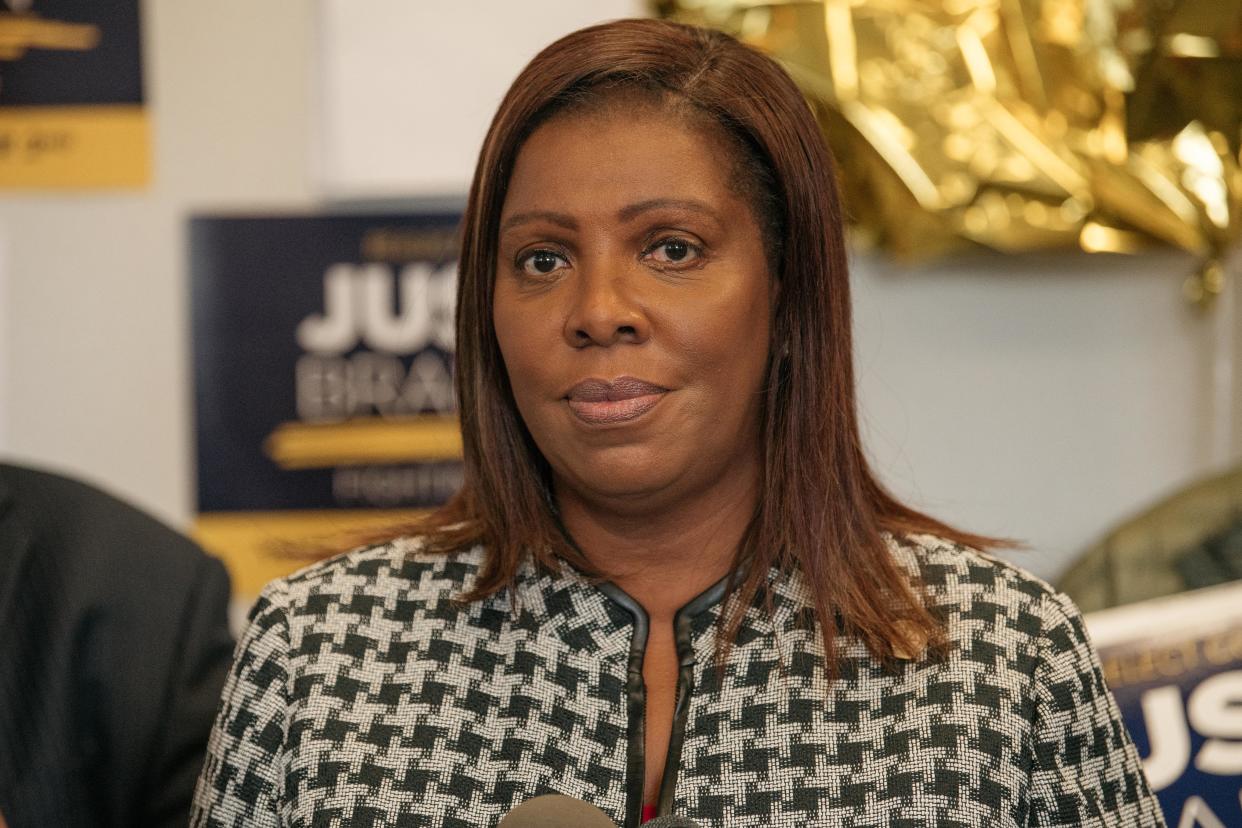 During his deposition, Eric Trump asserted his Fifth Amendment rights more than 500 times, according to court filings cited by CNN. Don Jr., on the other hand, reportedly answered questions, opting not to invoke the protection against self-incrimination.

Trump over the years has repeatedly suggested that people who plead the Fifth could be guilty, though he has also invoked that amendment himself in previous instances.

And how will Trump respond during the deposition slated for this month?

“I think he’ll bluster like he’s never blustered before,” says Gwenda Blair, the Columbia University professor. If Trump is cornered into answering for discrepancies, she said, “it will be his accountant’s fault.”

Bluster has indeed been Trump’s public stance so far when it comes to the civil investigation in New York. Earlier this year, he called the investigation “a politically driven scam the likes of which has never been seen before.” Trump added, “The good news is, I have done nothing wrong!”

“They really want to damage me so I can no longer go back to work for you,” he added in a speech to supporters in Washington D.C. recently when the subject turned to the many investigations into him. That’s not going to happen, he added, leading to chants from the crowd of “four more years.”

The New York attorney general’s office declined to comment on details of the ongoing investigation. Likewise, representatives from the Trump Organization did not respond to questions about their preparations for the upcoming testimony.

Trump is touchy when it comes to questions about his own net worth. He sued one biographer who wrote that he wasn’t a billionaire, and he’s engaged in a long-running battle with Forbes over its calculations.

A former reporter for the magazine has revealed audiotapes from the 1980s that appear to show Trump — posing as his alter ego John Barron — falsely claiming Fred Trump’s had passed on many of his assets had to his son.

“I have learned that [Trump] should not have been on the first three Forbes 400 lists at all,” wrote the former reporter, Jonathan Greenberg. 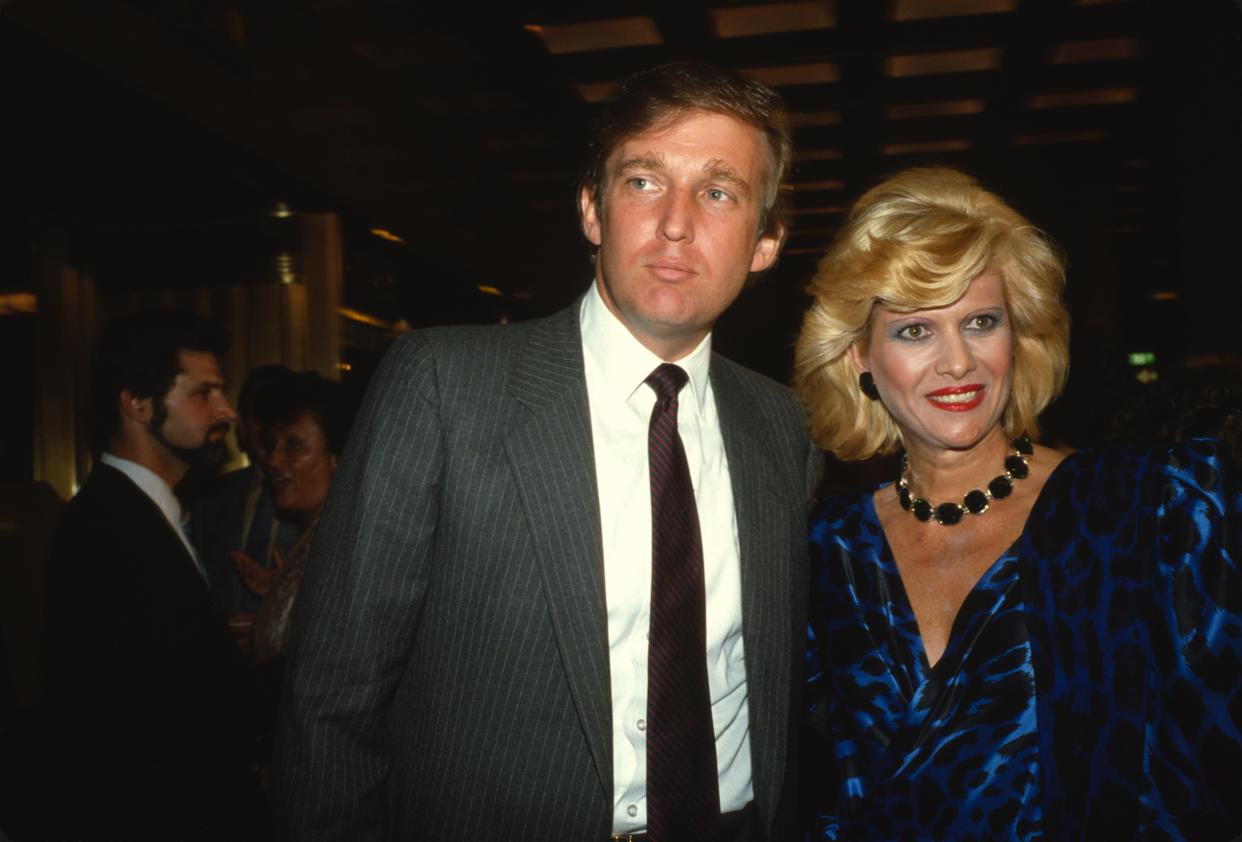 In more recent years, Trump has fallen off the Forbes 400 as the pandemic cut into his business.

The question, of course, is how Trump will approach questions later this month when faced with a choice between protecting his business interests and maintaining his image as the embodiment of wealth.

Trump, who has been deposed many times in the past, has a reputation as being undisciplined and confrontational while under oath. As The New York Times reported, he once told an opposing lawyer her questions were “very stupid.”

The deposition is expected to mark the end of James’ three-year inquiry into Trump’s business. It could help determine whether she should sue Trump, settle with the former president, or let the matter go.

Ben Werschkul is a Washington correspondent for Yahoo Finance.