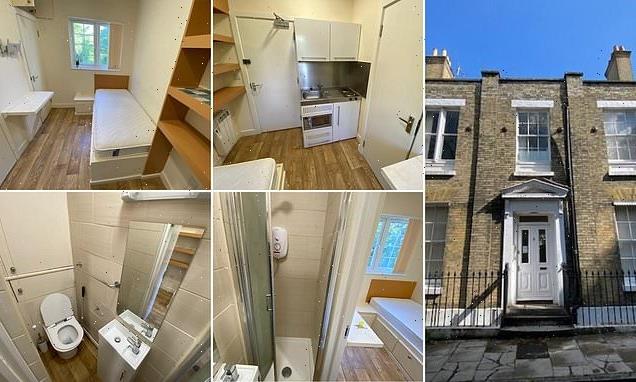 ‘Petite? More like Hobbit-like!’ Tiny studio flat with no space for fridge or washing machine is up for rent for £450-per-month as estate agent is mocked for ‘creative’ size description

A tiny studio flat that the estate agent describes as ‘petite’ in an advert has been listed for rent at £450-per-month.

The shoebox Southampton apartment is just 48 square feet (14 square metres) in the living/sleeping rooms and the miniscule kitchen was described as ‘Elfin’ in the brazen advert.

Images posted with the ad show a small main room which functions as the living room, bedroom and kitchen with a single bed, small cabinet and the ‘Elfin’ kitchen alongside a fold up desk. 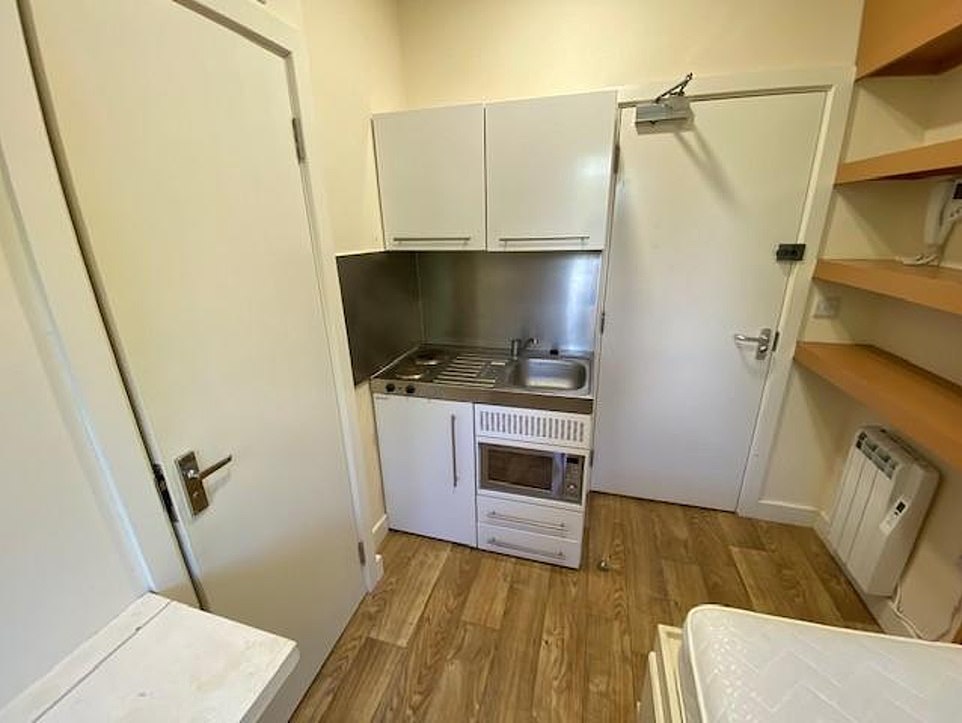 Images posted with the ad show a small main room which functions as the living room, bedroom and kitchen 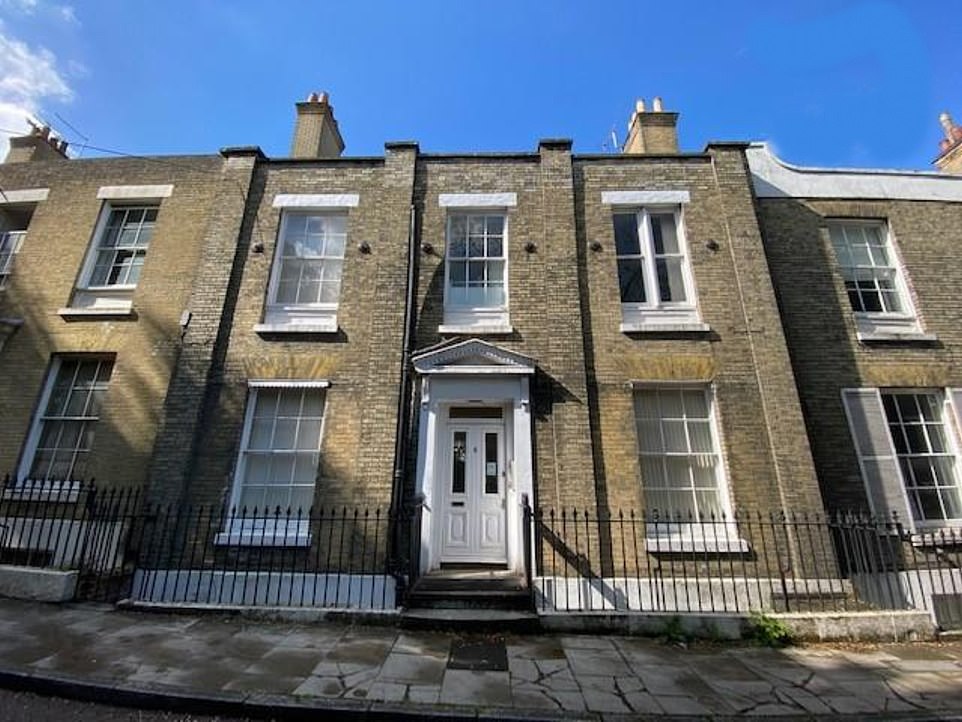 The diminutive flat is located in Southampton, Hampshire: a stone’s throw away from Royal South Hants Hospital and only offer one window in terms of light 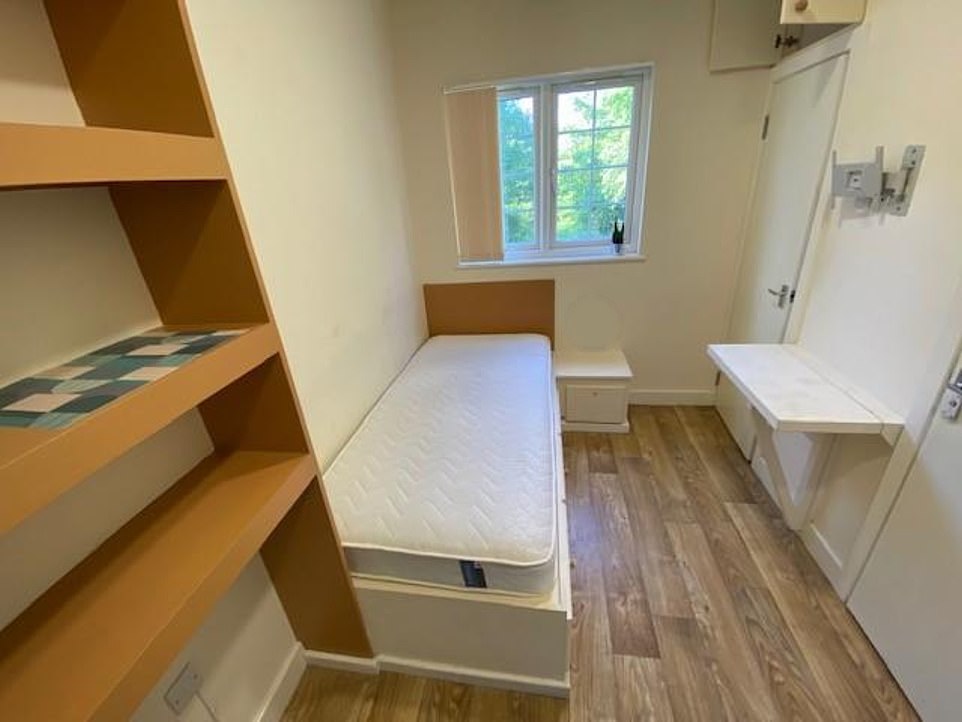 A single bed, small cabinet and the ‘Elfin’ kitchen alongside a fold up desk can be seen in the shockingly small lab 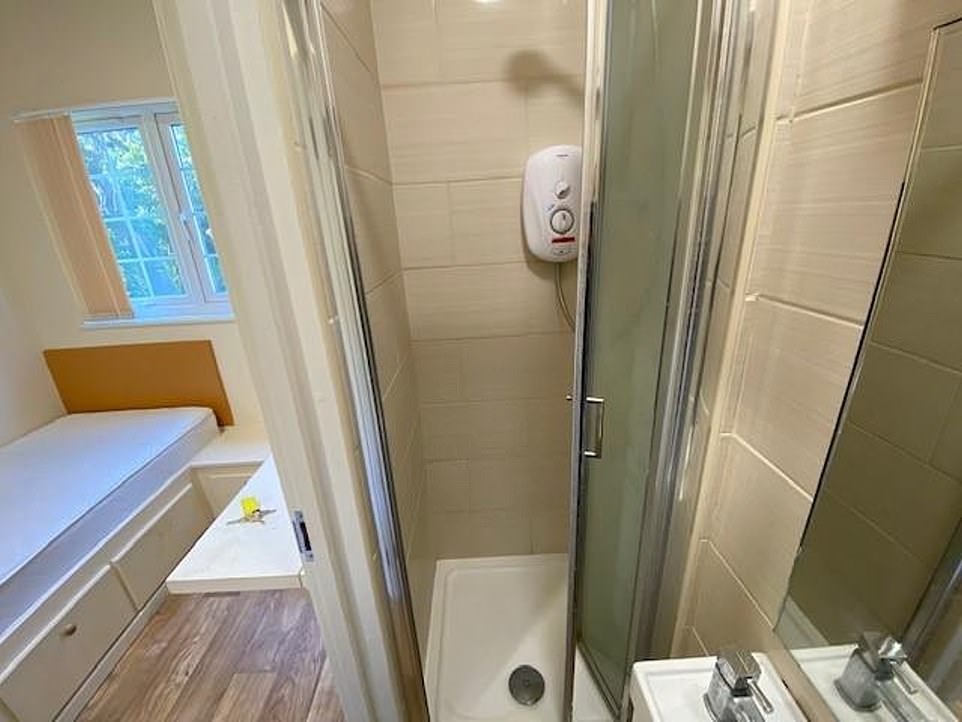 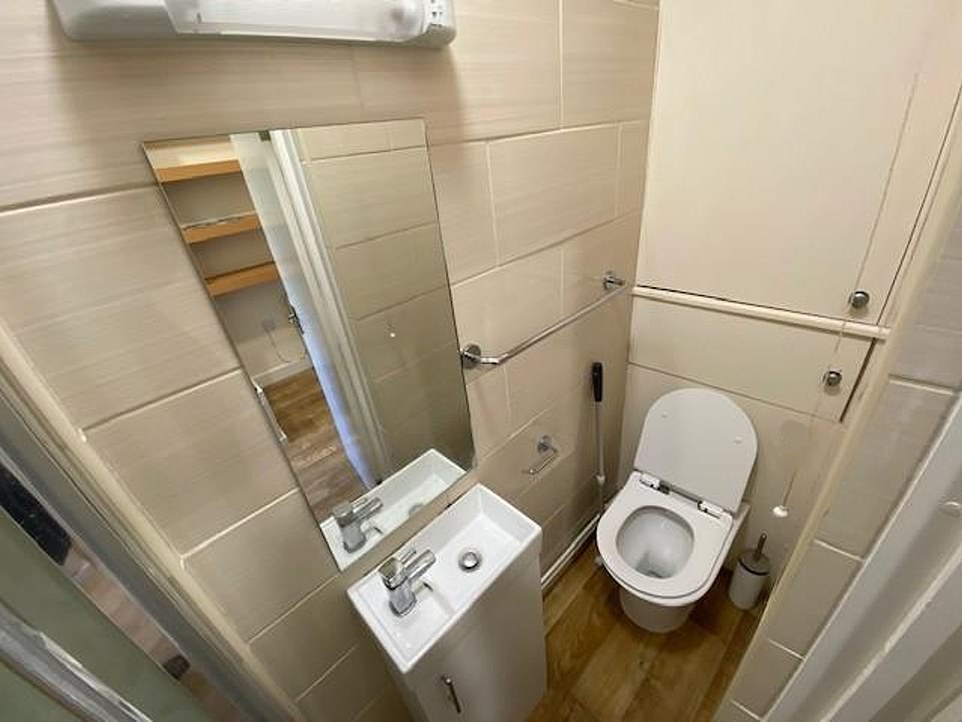 The unfurnished flat also features a small bathroom with a small sink, toilet and shower is located in the modest rental

The room may be described as Elfin but it seems much more suited to a Hobbit due to its diminutive size.

Remarkably, there are nearly no white goods seen in the ad with no fridge, washing machine or space to hang up clothes.

The unfurnished flat also features a small bathroom with a small sink, toilet and shower is located in the modest rental.

It is located a stone’s throw away from Royal South Hants Hospital and only offer one window in terms of light.

There are two hob cookers, two cupboards and a small sink in the kitchen with a microwave and cutlery drawers also.

‘Private shower room. Elfin kitchen with two hobs and a convection microwave. No parking. Electric, water are included in the rent.’

House-browsers have been left baffled by the cosy property.

One said: ‘Smallest flat in the UK?’

Another wrote: ‘I can imagine the estate agency staff p*****g themselves laughing. I’m surprised ‘hobbit like’ didn’t make it in there.’

A third commented: ‘Oh blimey that is depressing.’

A fourth added: ‘Being Southampton I would have thought student digs, right? Right?’

While one joked: ‘Petite’, ‘elfin’, someone’s got their thesaurus out.’

It comes as tenants are facing less choice and higher rents as the availability of rental homes shrinks, with nearly 230,000 extra needed every year to match demand, according to a new study.

The study called for substantial investment into the rental market to ensure that a sufficient supply of properties to let is available in the years ahead.

The findings are part of a study by Capital Economics, commissioned by the National Residential Landlords Association. 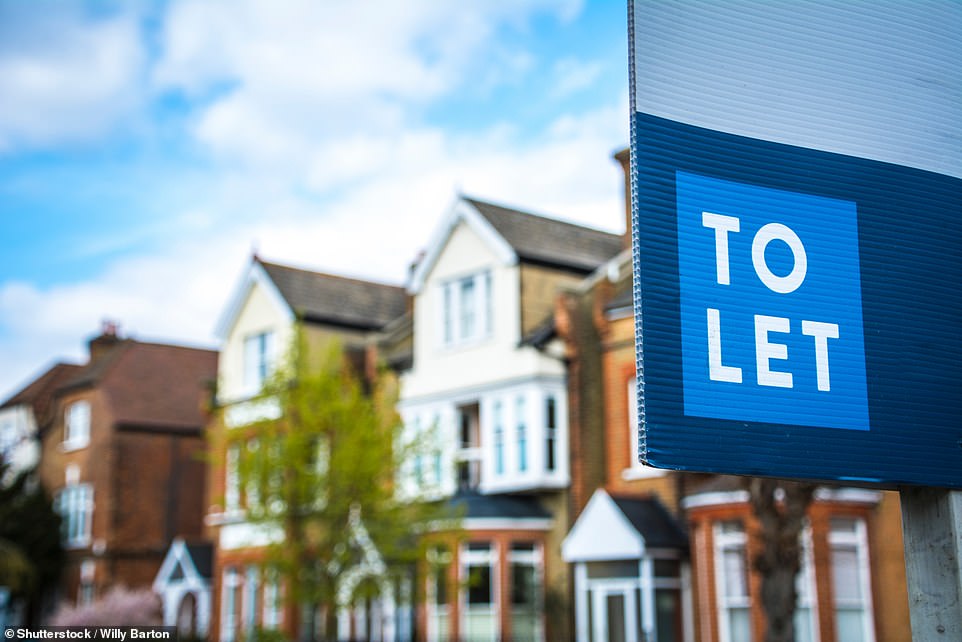 The rental market is facing a crisis with a shortage of supply of properties, according to a new study

Landlords have been hit by a serious of policy changes in recent years, including a stamp duty surcharge and the removal of tax relief on mortgage interest. Increases to capital gains tax on investment properties have also been discussed.

It means some landlords have stopped increasing the size of their property portfolios, with some leaving the market altogether.

This has led to a shortage of supply within the rental market, which in turn has pushed up prices as tenants compete for the best homes.

The report stated that Government policies and the rise in short-term lets have already weighted on supply, which fell for the first time since 1998 in 2017.

The report suggested that unless further policy changes are made by the Government to tackle these issues, the shortage will continue.

Indeed, it suggested the requirement for rental homes could rise to 340,000 every year by the middle of this year.

Capital Economics looked at estimates of housing need in each region from the Department for Levelling Up, Housing and Communities and then calculated how many private rented dwellings would be needed if owner occupation and social housing grew at the same rate as they have for the past ten years.

It said that if owner occupation and social housing continue at their ten-year average rate of growth, private rented sector supply would have to increase by the 227,000 per year figure to meet Government targets and an anticipated 1.8 million new households over the next ten years.