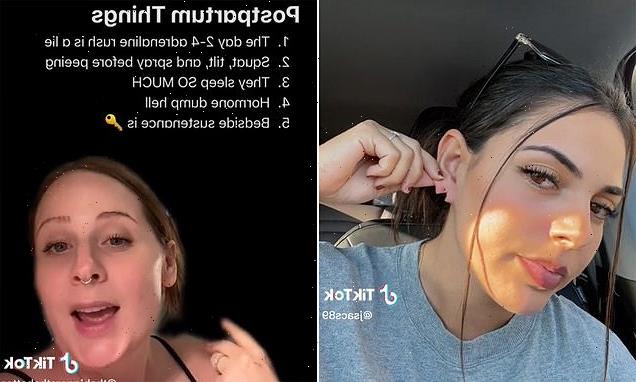 TikToker compiles list of hundreds of reasons to not have children

Doctor praises TikTok trend where moms share excruciating experiences of pregnancy and childbirth they were not warned about – including black finger nails, cracked pelvis and bleeding gums

The phrase ‘where is the girl with the list’ has become increasingly common in the comments section of pregnancy and maternity videos on TikTok in the last year.

Mundane at the outset, ‘the list’ and one TikToker have become synonymous with telling and sharing the truth when it comes to the ups and downs of childrearing.

The list refers to a 20-plus page record compiled by social media user YuniqueThoughts, a live document she updates anytime people tag her in the comments of a video in which a parent is sharing their horror story.

‘Yuni’s List of Pros and Cons of Having Children’ itself has 20 pages devoted to cons- some 350 bullet points- while the pros take up just two pages and 35 points.

It’s become a point of both controversy and relief for those who say it opens up an honest conversation about what being a parent actually looks like and how sometimes it is way messier than it can seem. 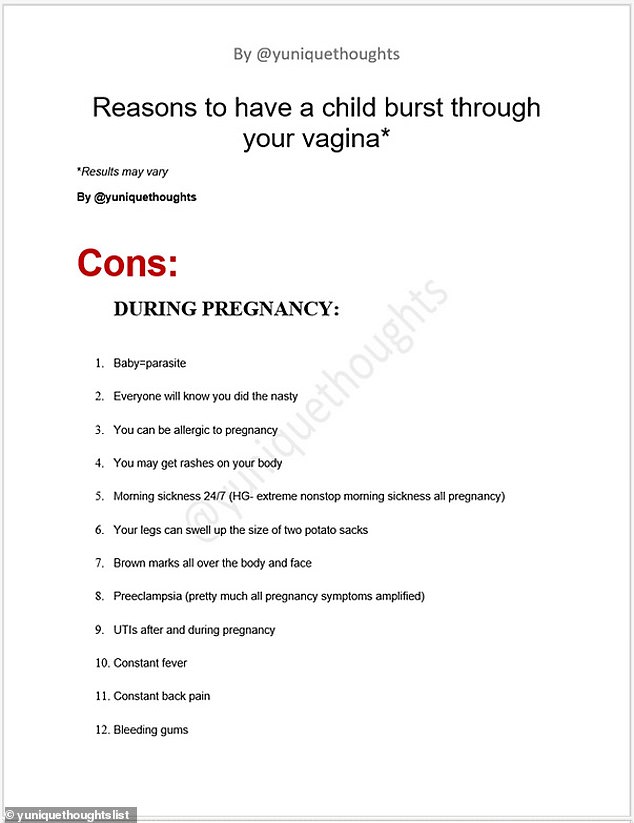 The list is now a full document, complete with hundreds of pros and cons

According to the about page on the list’s website, the idea started after the author, who goes by Yuni, witnessed a family member ‘struggle through pregnancy with a smile on her face.’

‘While I watched, I also learned so much about pregnancy and birth that has never been talked about, yet so many women go through the same thing,’ Yuni wrote.

The author, who has been offline since August, writes that the entire list has been compiled from personal experience and interactions on TikTok that have helped to open her eyes to the nitty gritty.

‘Ultimately I want my list to prepare those that are committed to becoming amazing parents and also remind others that if they ever want a kid, these are just some things they might need to consider,’ Yuni writes.

The cons list includes everything from common pregnancy issues like bloating, fatigue, and constant urination, all the way to rare but terrifying complications.

Things like ‘baby can reject all the food while pregnant and might need an IV for the entire pregnancy, melanonychia-  a condition where your fingernails can turn black- and ‘your pelvis might break in half or crack.’

Critics of the list have said it highlights rare issues and relies on fearmongering to deliver an anti-child agenda.

Proponents, however, say it provides a comprehensive but non-exhaustive look at what parenting and pregnancy can look like.

One woman who spoke with NBC News about the list said her first interaction with the list was when someone commented on a video she made about postpartum depression, writing: ‘where’s the girl with the list.’

Sarah Biggers-Stewart, the content creator who spoke with NBC, said she believes the list is ‘a powerful tool for self-advocacy.’

‘I was totally shocked by all the things that could happen to you. And that’s even in today’s modern world, which is shocking with the amount of research and access that we have at our fingertips,’ Biggers-Stewart said.

The mom told NBC she believes the list, and TikTok in general, have done a great job at providing an alternative perspective on parenting.

She believes other social media platforms have created unrealistic expectations and curated images of what pregnancy and parenting look like and that is far from the case.

‘There’s so many different types of complications, and it can be really brutal on women. So I was like, this is empowering.’

The idea behind the movement, while controversial, has also been applauded by those in the medical field who know just how dangerous and sugarcoated pregnancy can be.

‘What people expect is that the ones that have complications went into pregnancy sick. That’s why you had complications, or you didn’t take care of yourself, or you smoked, or you didn’t eat well,’ said Dr. Shannon Clark, an OBGYN who specializes in treating high-risk pregnancies.

‘It was always a kind of victim blaming, that people who had pregnancy complications probably did something to cause it. But what we’re realizing now is that that’s not always the case,’ she continued.

In one video under the hashtag ‘yuniquethoughts,’ one woman shared her story of a failed epidural and ‘excruciating pain’ resulting in a last-minute C-section and her heart rate repeatedly dropping during the procedure.

#duet with @alyssalaurennnn1 You are so strong! I wish you and your baby the best♥️ i could never imagine going through all that#yuniquethoughts #childessbychoice #babyfevertiktok

In another video posted to the app, one woman shares her horror story by showing her torn earlobe, which appears to have been caused by an earring which had been ripped out.

‘Where’s that one girl with the list, the list of reasons not to have kids because look at what my kid did to me,’ the woman says showing off her ear.

‘It’s a f***ing Pac-man,’ the mom says while opening up the earlobe.

She captioned her video: ‘If you want a reason not to have children.’

Another woman who has more than 16 million followers on TikTok had the comments section of her video flooded with viewers referencing the list after she discussed how her son bit her nipple off while breastfeeding.

That video received more than 290,000 likes and thousands of comments.

If you want a reason not to have children. #tiktok #FYP #MomLife #foryou #trending #Thelist #girlwiththelist

Briggers-Stewart just weeks ago shared a video where she addressed another video made about the list in which a woman said she believed the list was negative.

The woman, Briggers-Stewart says in her video, was claiming the list was ‘scaring women about pregnancy.’

The content creator said through her own firsthand experience as a mom and a ‘very pregnant person,’ seeing the other video upset her.

Briggers-Stewart points out that the list is not meant to be fearmongering or anything of the sort, but rather a tool made by women for other women.

She said not talking about these complicated issues which are rare but still happen can be isolating to women who feel as though they are the odd woman out.

The expectant mother said she experienced a litany of issues in her first pregnancy including gestational diabetes and severe insomnia, all of which went un-talked about.

‘All of the girlfriends I’d had who had pregnancies did have magical, beautiful, lovely pregnancies. I was sick from the day I found out I was pregnant until the day I gave birth,’ she told NBC News.

The message in her video resonated with TikTok users and her video received nearly 80,000 likes and more than 1,500 comments.

‘Pregnancy is romanticized far too much so i love the list. it shows the reality of what can happen,’ wrote one commenter.

‘I wish I had that pregnancy list before getting pregnant. I was NOT prepared for what happened to me and the school system didn’t tell me either,’ wrote another.

‘Before I was pregnant the worst things I heard about pregnancy were morning sickness and swollen ankles. The list is great,’ said another person. 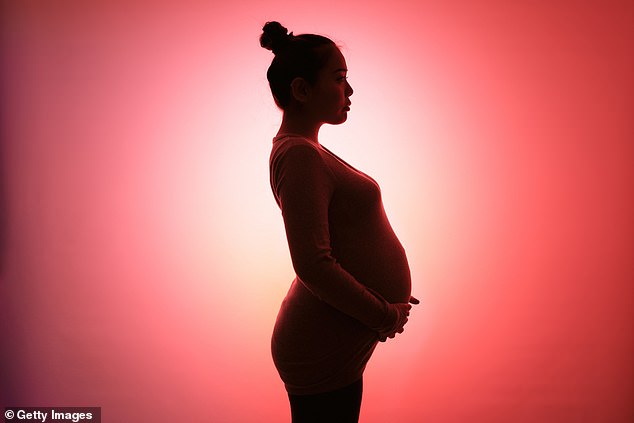 ‘Pregnancy is romanticized far too much so i love the list. it shows the reality of what can happen,’ said one person on TikTok 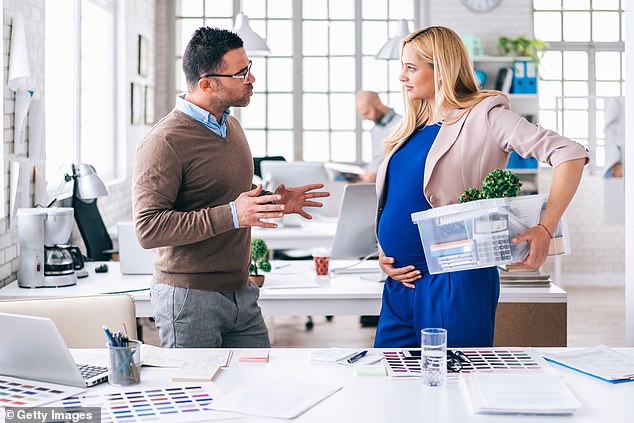 ‘I wish I had that pregnancy list before getting pregnant. I was NOT prepared for what happened to me and the school system didn’t tell me either,’ wrote a commenter

Abigail Porter, a creator who goes by z00mie and runs a series called ‘Free Birth Control,’ has also gained a massive audience for her list of reasons to not have children.

Porter has amassed nearly half a million followers since beginning her series in 2021 and has 99 parts.

Her series has become so popular people will send in their own stories for her to share with her audience, including a recent one in which someone told her they once, as a child, attempted to poop in the cat’s litterbox and blame it on the cat.

‘Here’s your daily dose of Free Birth Control,’ Porter wrote in the caption.

Porter told NBC her series only includes videos and clips from those who have given consent and often times she is tagged by video creators.

‘If I’m going to do a video about bodies in particular and show somebody’s body, I’m going to make sure that I have consent from that mother first — like if she posted a video and she made this acknowledgement like, “This is my body. It’s pretty crazy. The things that have happened in my body is pretty wild,”‘ Porter said.

Even so, she says she hopes her series just gives people the most realistic and informed outlook on the process of becoming a parent.

‘I have such a respect and a reverence and an admiration for the people who do choose to go through with this, because it is a huge choice,’ Porter said.

‘I hope people will stop treating having children as an impulse decision that everyone does. I think that’s better for us and also for the children, because if every child that was ever born had parents that really, really wanted them, I think the world would be a better place,’ Porter said.