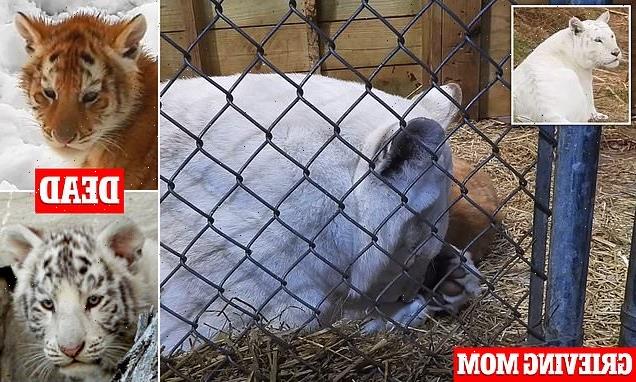 This heartbreaking video shows a mother tiger deep into mourning after two of her four-month-old cubs fell into an icy pond and drowned at an animal sanctuary in Wisconsin.

Ginger – a female white tiger – was caught ‘moaning’ by staff in the early hours of Saturday morning (7 a.m. C.T.) after realizing that she’d lost two of her two baby cubs – Nina & Khan.

That moaning wasn’t caught on camera.

But the Shalom Wildlife Zoo subsequently shared a video on Facebook of the stricken predator with her head buried in her paws in an enclosure. One of Ginger’s surviving two cubs gamboled around in an attempt to cheer her up, but she remained utterly despondent.

Ginger appeared to have perked up slightly in a subsequent clip, but still looked pensive and sad.

Both her dead offspring had apparently been playing on a log before slipping onto an ice-covered pond.

‘Tigers are excellent swimmers but as they tried to pull themselves up on to the ice it kept breaking through,’ according to a caption from a Facebook video shared by Shalom Wildlife Zoo.

Two of the mother tiger’s other cubs – Charlotte and King – were found safe. Ginger had given birth to all four cubs in August. 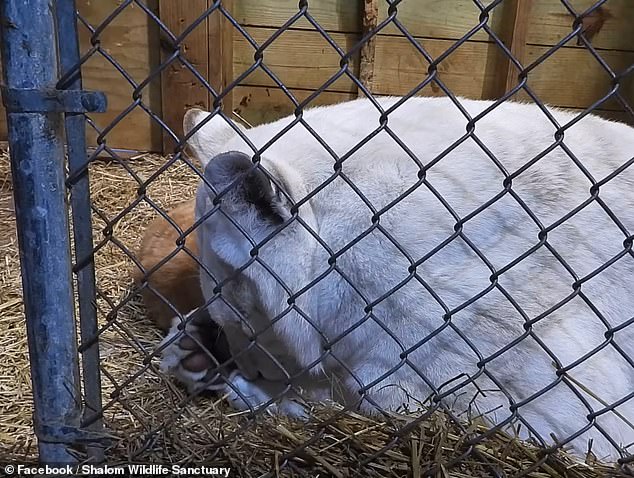 Ginger – a female white tiger – was caught ‘moaning’ by staff in the early hours of Saturday morning (7 a.m. C.T.) after realizing that she’d lost two of her two baby cubs – Nina & Khan 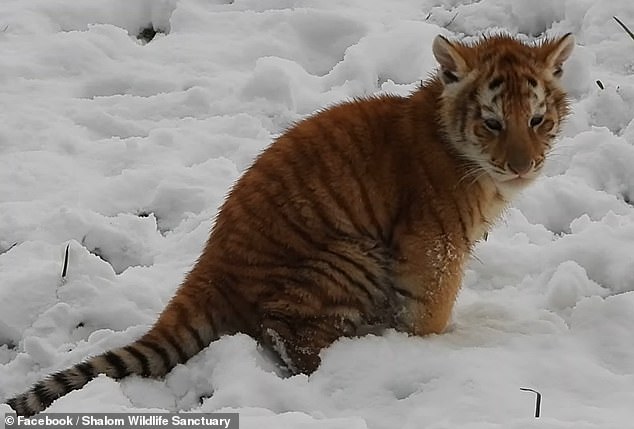 Khan – a four-month-old cub = fell and drowned into an icy pond, according to the Shalom Wildlife Sanctuary in West Bend, Wisconsin 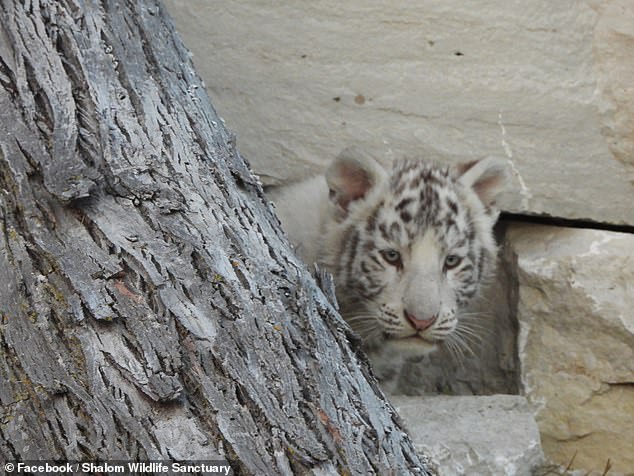 Nina, a baby female white tiger, was also killed in the incident, as their mother tiger gave birth to them in August of this year 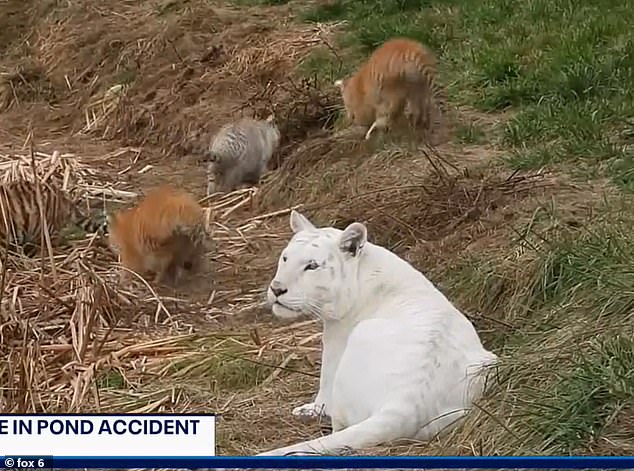 Earlier this year, an adult male tiger by the name of Goliath had previously died, Fox 6 reported. Ginger had also been heard keening in anguish after that sad event.

There are over 5,000 white tigers held in captivity in the US, ‘with most providing absolutely no conservation benefit’ to the world’s remaining 3,900 wild tigers, according to the World Wildlife Fund (WWF).

White tigers are often falsely promoted as a highly endangered species, especially in China, Laos, Thailand and Vietnam, where there are estimated to be over 8,000 tigers in captive facilities.

The color of the white tiger’s fur is also the result of a genetic mutation called leucism – the partial loss of all types of pigmentation.

The WFF further reports that the coat of white tigers ‘would be a hindrance in the wild, as it doesn’t provide a tiger with any camouflage, which greatly reduces their chance of survival.’

The most efficient way to breed the species is by having the mating of two tigers who have recessive genes needed to produce babies with a white coat.

In captive breeding facilities, however, the adult male and female tigers are often related, making inbreeding a common practice.

In the US, all white tigers originate from a male white continental tiger which were imported into the country decades ago, according to the WFF.

Captive tigers, including white ones, are often sold for cash, not conservation as they are sold for a large amount of profit for the facilities that carry them, and that the funding does not necessarily go to conservation projects they claim to be in support of. 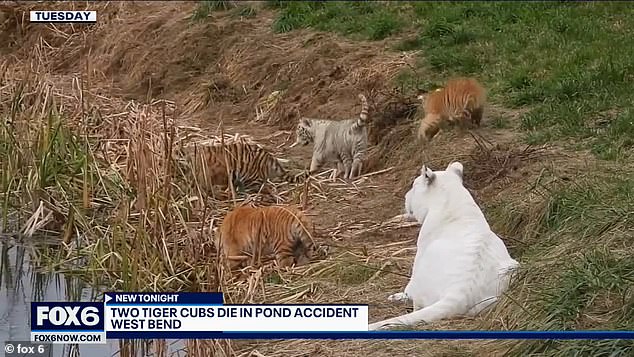 White tigers are often falsely promoted as a highly endangered species, 5,000 of them being in the US

Adult tigers are also expensive to care for and require a significant amount of space to be happy.

Some captive facilities kill their tigers to reduce their numbers once they reach adulthood, according to the WFF, and some even sell their parts to the illegal tiger trade to make a second profit.

In July, the U.S. House of Representatives passed the Big Cat Public Safety Act by a vote of 278 to 134. The bill would prohibit keeping tigers, lions and other big cat species as pets, and ban direct public contact like cub petting.

Since 1992, there have been 100 dangerous and cruel incidents involving big cats kept as pets or in private menageries in the US, according to The Humane Society.

In the UK, a female tiger had died after being fatally bitten by her mate during a supervised breeding session at a popular safari park, DailyMail.com previously covered.