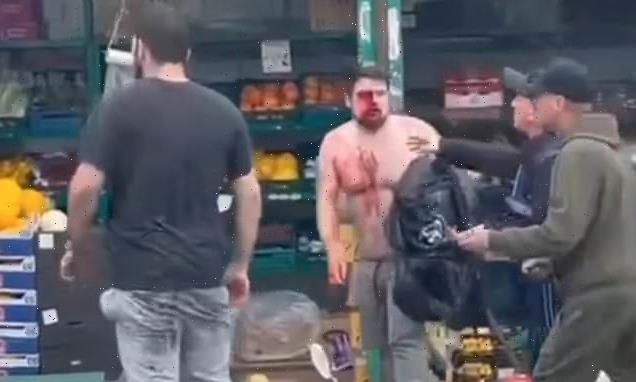 This is the shocking moment a group of violent thugs were filmed throwing punches by a fruit shop in Manchester.

Police are looking to identify the men, which include a topless brawler covered in blood, after the vicious altercations on Thursday morning.

One man pulls down stands of boxed fruit before being jumped on by another man as the wrestling continues. 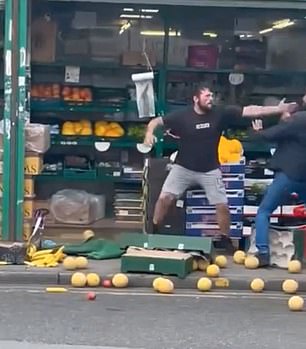 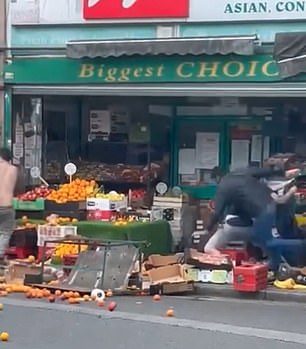 A man in a black T-shirt (left) hits another man by the shop. Right: the thugs were seen wrestling each other onto the ground in the vicious incident 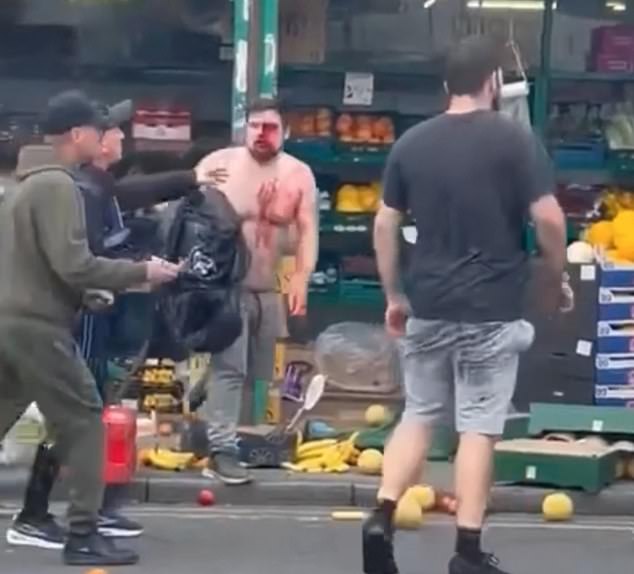 A thug covered in blood got away before police arrived, with officers hoping to ID him

And a blood-covered fighter appears to wreck the shop, throwing boxes into the road.

Cars driving past the incident were seen honking their horns as the chaos unfolds.

Greater Manchester Police said: ‘At around 11:20am on Thursday 18 August 2022, officers were called to reports of assault at a premises on Stockport Road, Longsight. 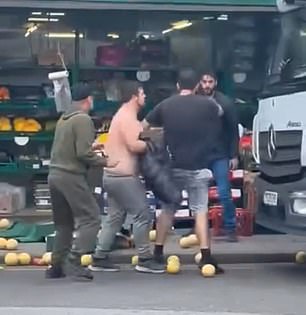 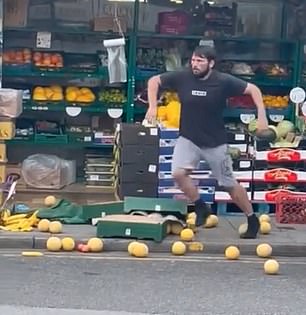 A topless bloodied thug was seen in the violent altercation (left) on Thursday morning. Right: another man prepares to throw a punch outside the fruit shop

‘Officers attended the scene. No major injuries were reported.

‘Three males who were believed to be involved have not yet been identified. 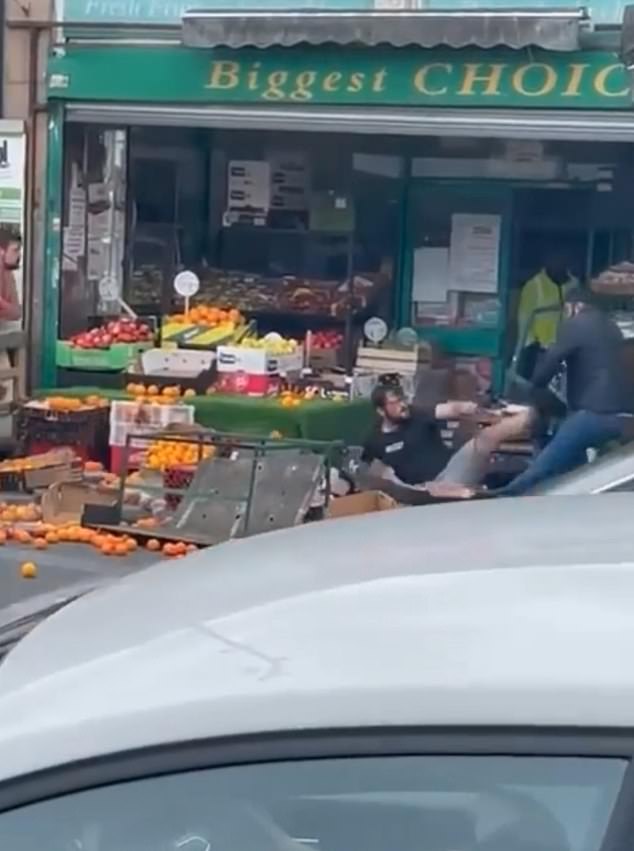 Drivers honked their horns as they drove past the melee at Cheetham Hill, Manchester