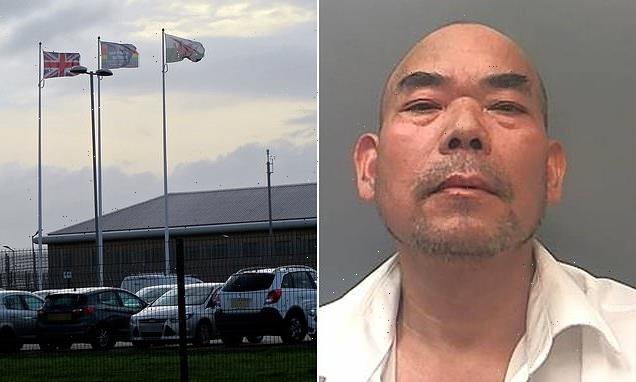 Thug, 58, who was jailed for pouring boiling oil over colleague at takeaway dies after developing sepsis following tooth extraction in prison, inquest hears

A thug who was jailed for pouring boiling oil over a colleague at a takeaway restaurant has died after developing sepsis following a routine tooth extraction at HMP Berwyn in Wrexham, an inquest has heard.

Hoang was jailed in March 2019 after pleading guilty to attacking a co-worker at the Beijing City Takeaway in Congleton.

A sentencing hearing held at Chester Crown Court heard Mr Hoang had poured about four litres of boiling oil over his victim, who almost died and had to be placed in an induced coma for four weeks. 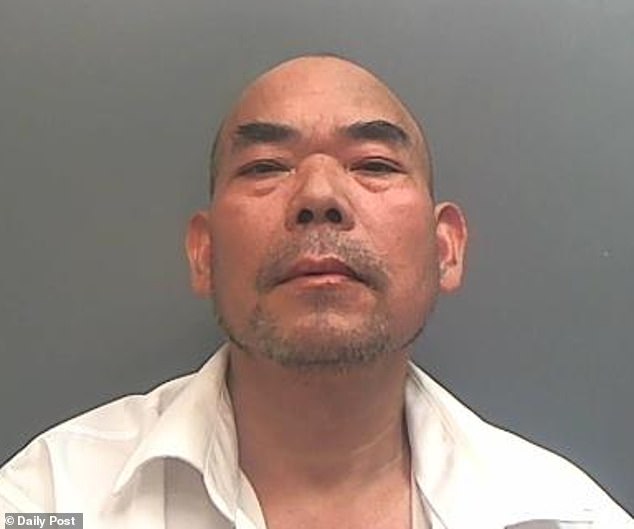 The crime was described by Detective Sergeant Simon Mills, of Cheshire Police, as ‘truly barbaric, like something out of the Middle Ages’.

As Mr Hoang died whilst serving a prison sentence, an inquest into his death is required by law, and was held at Ruthin County Hall today.

The inquest heard he had suffered from dental problems in the months leading up to his death and had undergone a tooth extraction in November 2019. Whilst this procedure was a success, Mr Hoang contracted a bacterial infection as a result, which caused his health to deteriorate and ultimately proved fatal.

Home Office pathologist Dr Brian Rodgers, who conducted the post-mortem, told the court that a combination of the tooth extraction, poor oral hygiene, and pre-existing damage to the heart had led to Mr Hoang’s death.

He said the Vietnamese national had contracted bacterial endocarditis which he described as an ‘extremely serious infection of the heart’. 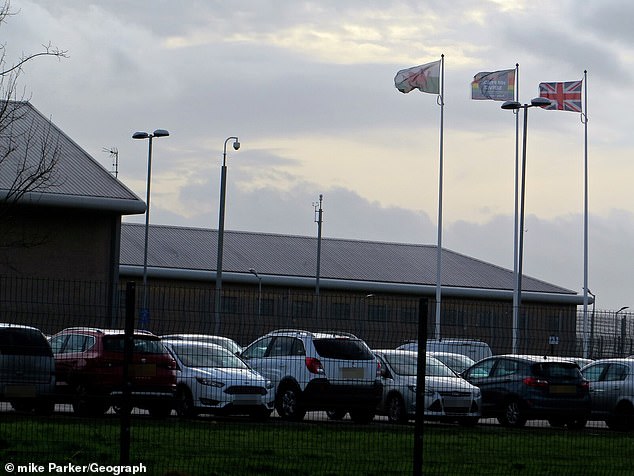 A thug who was jailed for pouring boiling oil over a colleague at a takeaway restaurant has died after developing sepsis following a routine tooth extraction at HMP Berwyn in Wrexham (pictured), an inquest has heard

In the months and weeks before his death, Mr Hoang had complained of symptoms such as lack of appetite, coughing up blood, and weight loss and was seen by medical staff in the prison on numerous occasions. On January 14, his condition worsened and he was admitted to Wrexham Maelor Hospital, where he died at 5.05pm on January 23, 2020.

The investigation found Mr Hoang had received a good standard of medical care whilst in custody and that it was ‘unlikely that the death of Mr Hoang was preventable or foreseeable’.

The coroner said she was satisfied with the recommendations made by the ombudsman, including an action plan which has been implemented to help prison inmates conduct health consultations in their first language, via a translation service.