Home » World News » 'The Last of Us': How Thandiwe Newton's lookalike daughter Nico Parker stole the series premiere of the HBO hit

'The Last of Us': How Thandiwe Newton's lookalike daughter Nico Parker stole the series premiere of the HBO hit 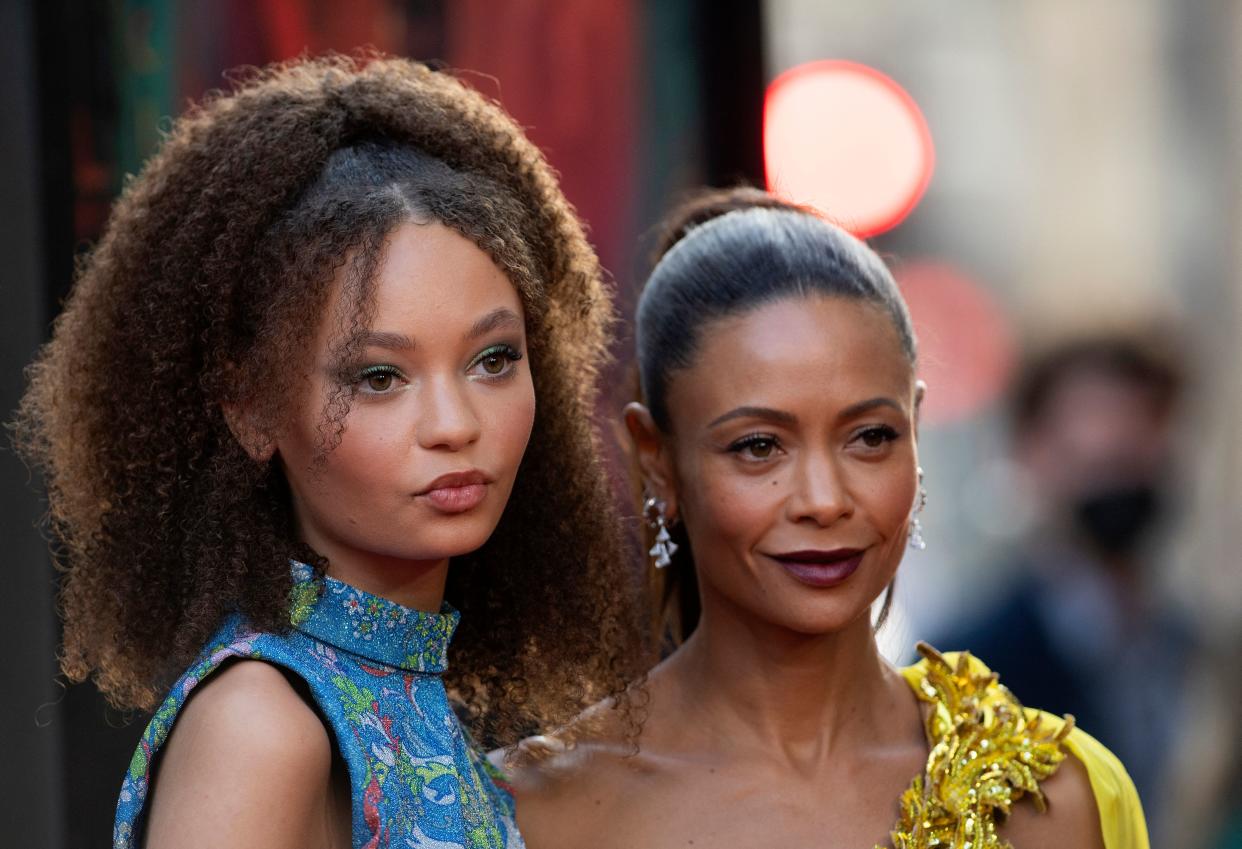 Warning: This post contains spoilers for the series premiere of The Last of Us.

When Nico Parker joined the cast of The Last of Us — HBO's adaptation of the blockbuster 2013 PlayStation video game — she knew she would be living on borrowed time. The 18-year-old daughter of Westworld star Thandiwe Newton and director Ol Parker plays Sarah, the only child of the show's central character, Joel (played by Pedro Pascal), who inhabits a post-apocalyptic United States ravaged by a deadly pandemic that's created a new population of rampaging zombies.

The super-sized series premiere depicts exactly how that outbreak occurs, and the lives it claims… including Sarah's. The teenager is killed during a desperate flight from her home in the company of her father and uncle Tommy (Gabriel Luna). While racing away from infected humans, Joel and Sarah cross paths with a soldier who is ordered by his superiors to open fire on the escapees. Tommy dispatches their would-be assassin before he can execute them, but it's too later for Sarah — she's already been fatally shot and dies in Joel's arms.

While those viewers who played the game were steeled for her death, newcomers may have been caught off guard since Parker has such an extensive presence in the first half-hour of the premiere. And the actress tells Yahoo Entertainment that one of the most challenging aspects of the role was not tipping her hand and telegraphing Sarah's fate.

Watch our interview with Nico Parker on YouTube below

Fortunately, Parker didn't have to film those "stressful" scenes — culminating in her character's demise — right away. The actress says that she spent the first half of her limited time on The Last of Us set bonding with her onscreen father. "I completely adore him," she says of Pascal. "Very quickly, I was like, 'This is my best friend!' It didn't feel like either of us were faking anything. Obviously, he could secretly hate me, but I'd have no idea!"

Like Bella Ramsey — who is introduced midway through the premiere as snarky teenager Ellie — Parker didn't play the original video game prior to arriving on The Last of Us set. "I'm terrible at anything gaming related," she confesses. "But I would watch other gamers play it, as if it was a movie. I would consistently cry at anything Sarah-related. But it was an unspoken thing on set not to … watch the games between takes. Because what's the point of having the show otherwise?" 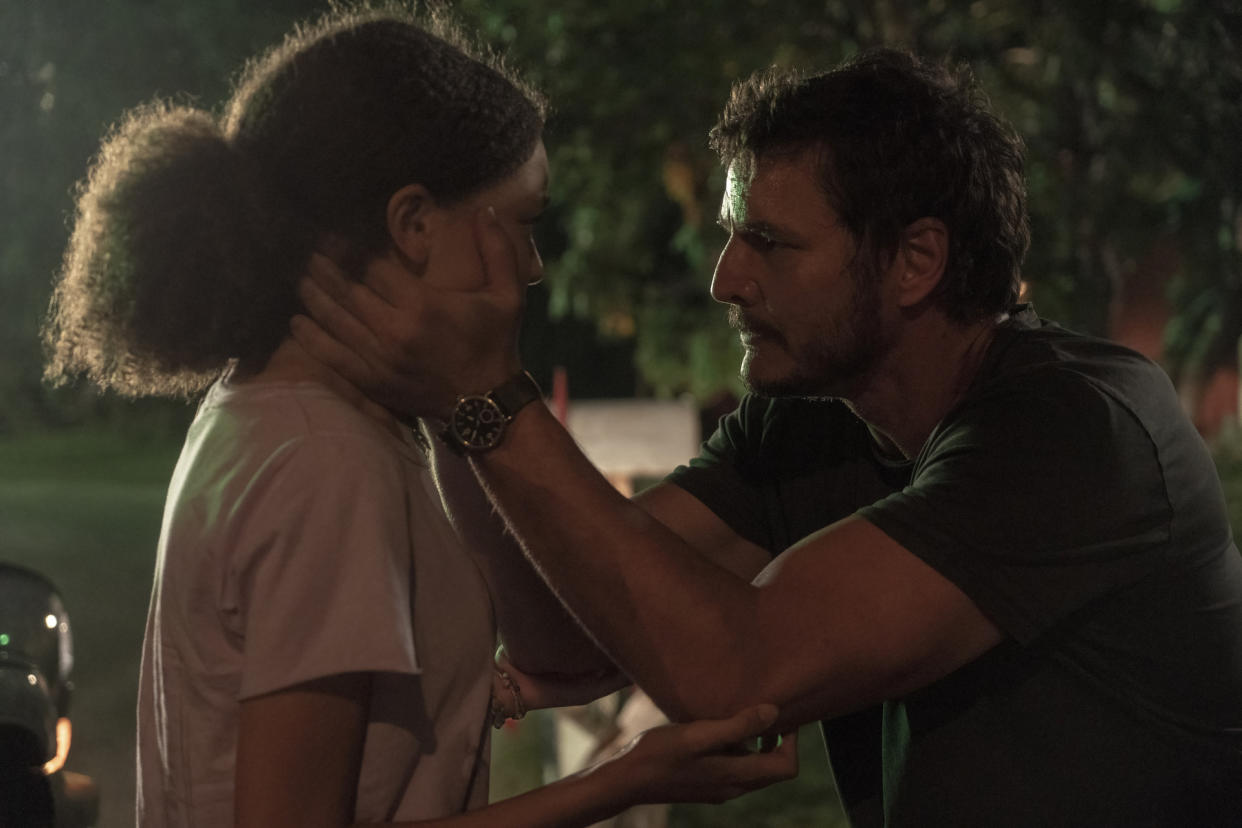 One of Parker's favorite memories from those first days of shooting was a small scene where Joel and Sarah sit down for an ordinary breakfast. "It was just so relaxed," she recalls. "We were finding a rhythm to filming that was very enjoyable." Naturally, that rhythm quickened as onscreen events spiraled out of control. In the course of the premiere, a mutated strain of Cordyceps fungus sweeps the globe and society rapidly collapses. Sarah only lives long enough to see the beginning of that collapse, and her death is the first of many scars that Joel accumulates as one of the pandemics (un)lucky survivors.

"The more difficult scenes were scheduled for the end of my shoot," Parker says, referring to Sarah's final night alive. "So Pedro and I already had a foundation there [to draw on], and all of the emotion could be genuinely real, as if [my death] was actually happening."

Prior to the show's premiere, a toxic element of The Last of Us fandom criticized showrunners Craig Mazin and Neil Druckmann — who created the Playstation title and its 2020 sequel — for casting Pascal and Parker as Joel and Sarah, characters who were depicted as white in the video game. "You can't make everybody happy," the Chilean-born actor told Yahoo Entertainment recently about those hateful reactions. "The game is very, very innovative in its inclusiveness. So really, it's a way of honoring the original source material, the way that Craig and Neil have gone about casting and telling this story."

For her part, Parker says that she "understands" why that minority of fans might be leery of an adaptation that doesn't recreate the exact experience of playing the game. "There are people for whom the game is incredibly important to them," she notes. "But when it comes from a place where it's just a disdain toward any kind of inclusivity, that's where I don't care. I don't value that opinion and I don't agree. 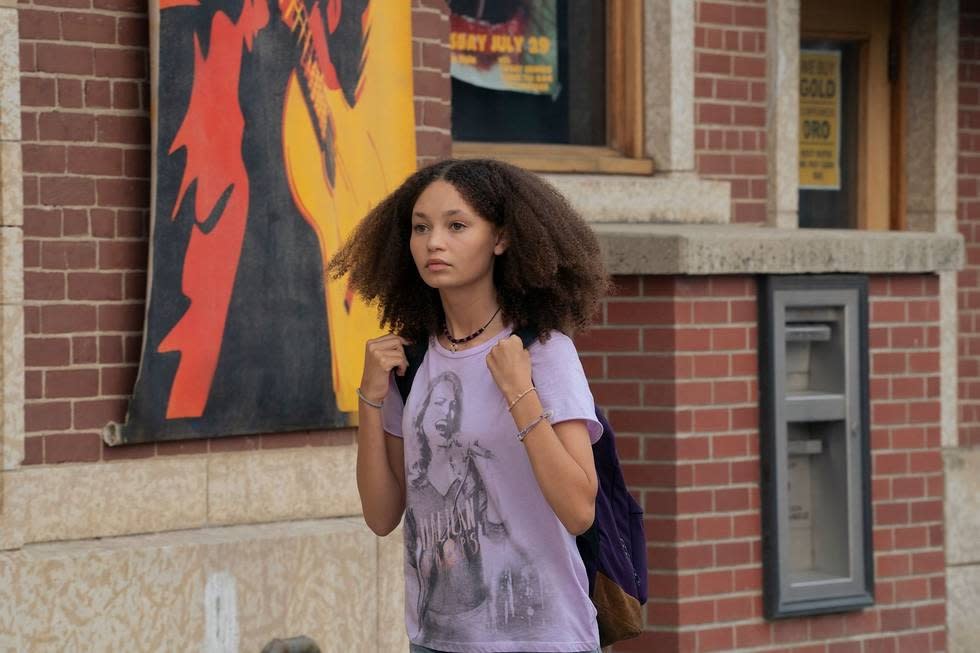 "I hope they can look past it and still enjoy the show," Parker continues. "But I think inclusivity is incredibly important. If young kids watch the show and feel they're represented through race or hair or anything, that's ten times more important than anyone who doesn't like it because they don't like to see different people on their screen."

It's worth noting that while Sarah might be dead in Joel's present, there's no reason why she couldn't reappear in flashback sequences to happier times. And being buddies with the star of The Mandalorian could be a gateway to George Lucas's far, far away galaxy — a place her mother previously visited in the big-screen 2018 Star Wars story, Solo. "I haven't been invited to that universe," Parker says laughing. "I'm waiting on my invitation." Somebody hand her a lightsaber already.

The Last of Us airs Sundays on HBO and HBO Max.