Sen. Ted Cruz, R-Texas, was hit with a beer can during Monday’s World Series victory parade for the Houston Astros, and an arrest was made, police said.

Cruz was on a float at the 2400 block of Smith Street in Houston when the can was thrown, Houston police tweeted.

“The beer can struck the Senator in the chest/neck area,” police said, adding that he was not injured.

In video of the incident posted on social media, boos can be heard coming from the parade crowd as Cruz drives by, standing in the back of a military style vehicle. A can hurtles toward his head, and people on the vehicle try to shield him from the projectile.

Police said a suspect was arrested on suspicion of assault. The male’s name will be released later, it said. 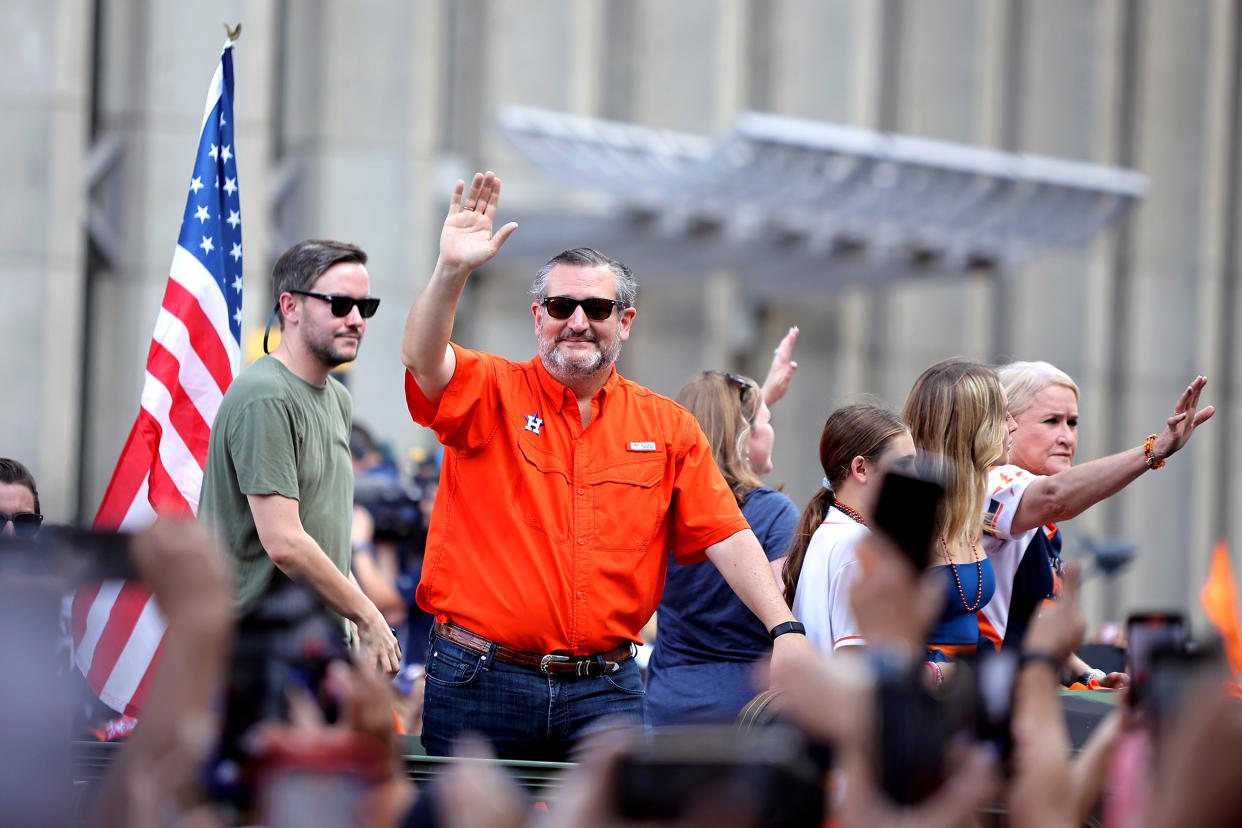 Spokespeople for Cruz did not immediately respond to a request for comment.

The Astros beat the Philadelphia Phillies 4-1 on Saturday in Game 6 of the World Series to take the championship for the second time in team history.