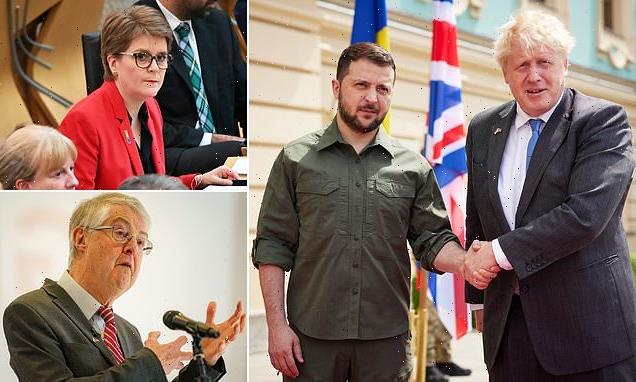 Scottish and Welsh ministers today hit out at the UK Government after £95million was taken from their devolved budgets to fund greater aid for Ukraine.

Boris Johnson has announced an extra £1billion of military support to Ukraine as the country continues to battle Russia’s brutal invasion.

But the Prime Minister has provoked a political row with Edinburgh and Cardiff after the sum was part-funded by dipping into the Scottish and Welsh Governments’ budgets.

But they expressed concerns about the ‘novel, worrying and potentially divisive approach’ taken by the Treasury in funding the extra aid for Kyiv.

It was also claimed they will now face ‘challenging decisions’ about future spending choices due to the money disappearing from their budgets.

Scottish and Welsh finance ministers angrily questioned the use of devolved budgets for spending in areas that are reserved matters – such as military aid and defence – and therefore the responsibility of Westminster. 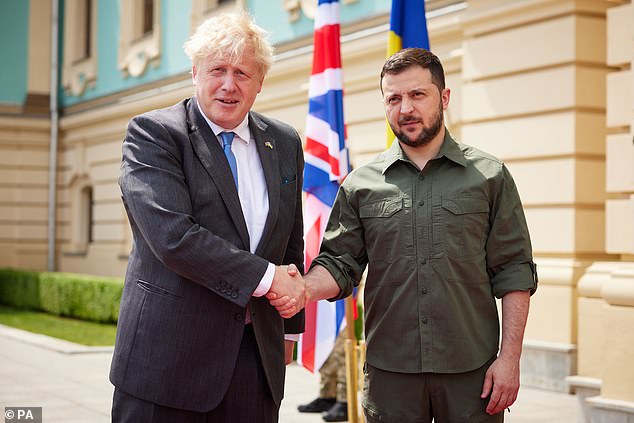 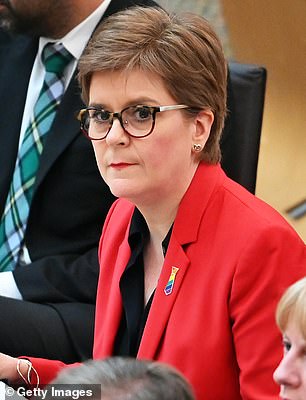 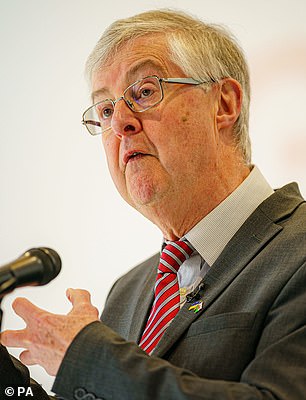 The PM pledged an extra £1bn for Ukraine to bring the UK’s total military support since Russia launched its barbaric assault to £2.3bn – more than any country other than the US.

The new cash has been earmarked for new drones, to boost air defence systems, and to provide thousands of pieces of vital kit for Ukrainian soldiers.

Mr Johnson, speaking at a Nato summit in Madrid, this afternoon expressed fears that Ukraine being ‘crushed or forced into a bad peace’ would have ‘appalling’ consequences for the rest of the world.

But he will return from his foreign trip to a new dispute with devolved administrations, after Number 10 revealed £95million of the extra cash going to Kyiv has come from Scottish and Welsh Governments’ budgets.

Downing Street said the rest of the £1billion sum had come from departmental underspending across Whitehall.

Kate Forbes, the Scottish Government’s Finance Secretary, said her administration – who stumped up £65million – had ‘agreed to providing funding on this occasion given the clear need to maximise the international effort to support Ukraine’.

But she warned: ‘We are clear that this must not be seen as any kind of precedent which leads to devolved budgets being used to help pay for clearly reserved policy areas.’ 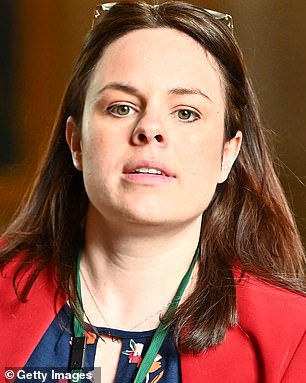 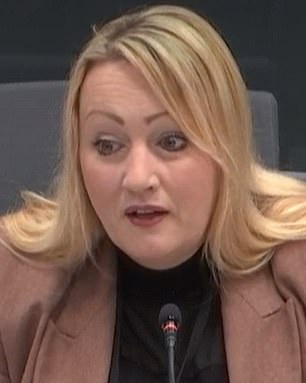 Kate Forbes, the Scottish Government’s Finance Secretary, and Rebecca Evans, the Welsh Government’s Minister for Finance, expressed concern about the use of devolved budgets

‘This is a novel, worrying and potentially divisive approach by the Treasury – seeking to use devolved budgets, that should be for investment in devolved areas, like health and education, to fund reserved spending areas such as military aid and defence. Funding for these areas should rightly be met by the UK Government.

‘Ultimately, because of the exceptional circumstances, we have accepted this situation in light of our ongoing commitment to support Ukraine and the Ukrainian people in their fight against this senseless act of aggression, but it should not be a precedent.

‘This funding has not been provided from Welsh Government underspends but will result in challenging decisions to be made about our limited capital budget.’

Chief Secretary to the Treasury, Simon Clarke, is understood to have recently asked devolved administrations to either offer up a contribution or take a reduction in their funding from Westminster.

Defence Secretary Ben Wallace said: ‘Britain’s commitment to Ukraine is real and constant and we will stand by them until Russia changes course.

‘This military assistance will help them intensify their fight against Russian aggression and ensure they have the defence capabilities they need.’