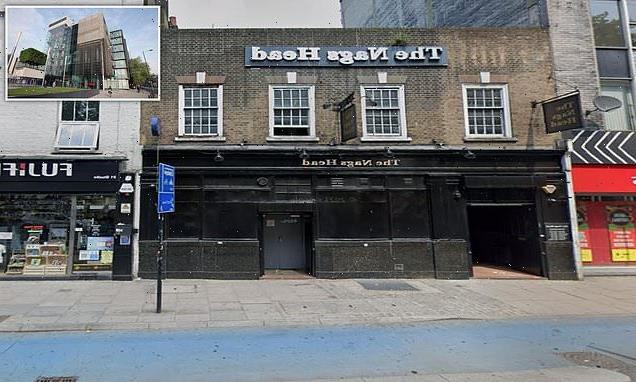 A banker for Santander has kept his job after taking four junior workers to a strip club in east London during a work night out, sparking an internal investigation.

The senior manager is said to have orchestrated the evening at the Nag’s Head Gentlemen’s Club, in Aldgate, back in February of this year.

The group of seven men, which included two other senior managers, headed to the club following a day of meetings with the global debt capital markets team, at the bank’s offices near Regent’s Park, reported the Financial Times.

But an internal whistleblower feared the junior staff had been pressured to attend and raised the alarm with the Spanish bank’s compliance department.

The Nag’s Head brands itself as ‘one of London’s oldest lap dancing establishments’ on its website, adding: ‘With beautiful girls from every corner of the world, you’ll find nowhere better to watch exotic strip dance, from private dances to seductive stage shows.’

After being made aware of the night out, Santander hired US law firm Gibson Dunn to launch an internal probe over the summer.

However, after speaking to 15 workers who had been present that evening, they found there had been no explicit pressure exerted on junior staff members, according to a person with knowledge of the process. 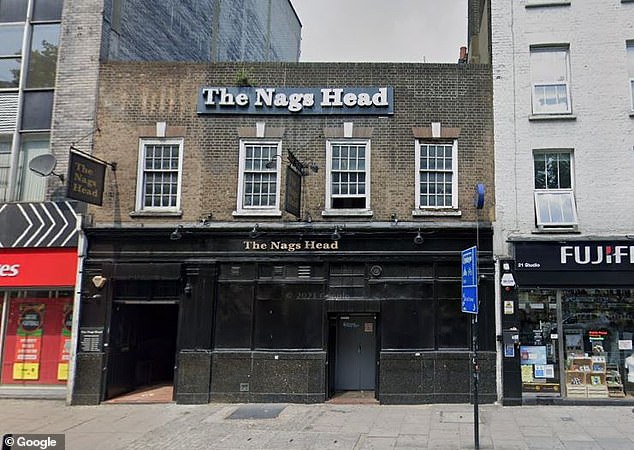 The unnamed manager at Spanish lender Santander is said to have orchestrated the evening at the Nags Head Gentlemen’s Club (pictured), in Aldgate, east London, back in February of this year

The manager who orchestrated the night was disciplined and kept his job.

The Financial Conduct Authority (FCA) was also informed, according to reports.

One worker told FT the bank’s handling of the affair was ‘symptomatic of an industry in transition from old standards to new.’

They added: ‘The company did not know how to handle it because these practices were common a decade ago but are now, rightly, frowned upon.’

Another employee branded the events an ‘open secret’, adding: ‘Everyone [throughout the bank] knows about it, but nothing is being said officially.’

The FCA declined to comment on the whistleblower concerned, telling MailOnline it cannot comment on individual firms.

In a statement, Santander said: ‘We take all concerns about employee conduct extremely seriously and follow a rigorous process to ensure the facts are established and appropriate action is taken as necessary. 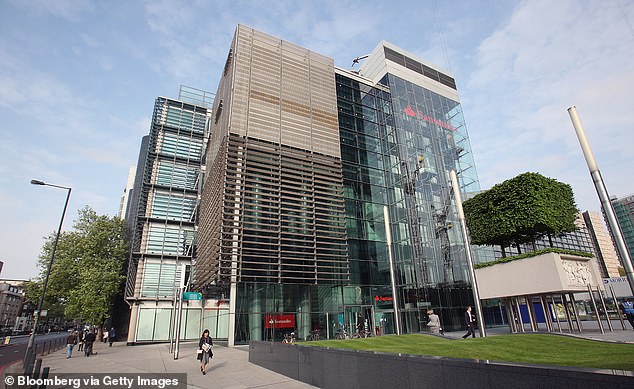 The group of seven men, which included two other senior managers, headed to ‘one of London’s oldest lap dancing establishments’ following a day of departmental meetings with the global debt capital markets team, reported the Financial Times (Pictured: Santander HQ near Regent’s Park in London)

‘The details of such investigations and actions are treated confidentially and we cannot, therefore, comment further.’

It comes after four New York-based employees at Deutsche Bank were fired in March after they allegedly enjoyed an evening at a strip club in violation of company policy.

They had attempted to claim expenses for the night out as a legitimate restaurant visit, according to Bloomberg.

Even going to a strip club with colleagues is a violation of Deutsche Bank’s company policy, and the error was reportedly compounded by attempts to claim expenses before trying to cover their tracks.