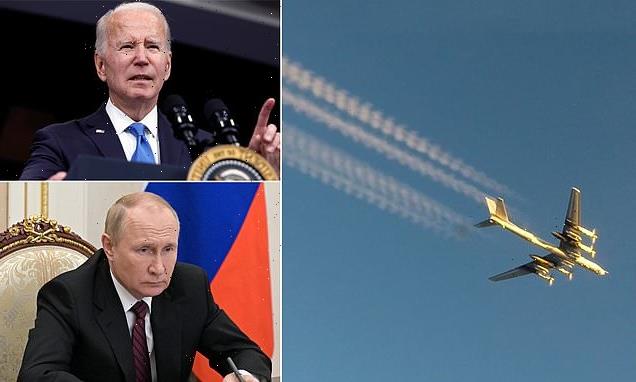 Russia warns the U.S. it will start nuclear exercises THIS WEEK

Russia warns the U.S. it will start nuclear exercises THIS WEEK as Biden says Putin will be making a ‘serious mistake’ if he uses a ‘dirty bomb’ – and can’t guarantee if it’s a ‘false flag operation’

Russia has formally told the United States that it is about to start exercises with its nuclear forces, officials said Tuesday, at a time of heightened tension over Ukraine amid claims and counterclaims that one side or the other was planning to use a dirty bomb.

To underscore the high stakes, President Joe Biden warned Moscow it would be making a serious mistake if it chose to use tactical nuclear weapons.

It follows alarm that Russian President Vladimir Putin is ready for one last brutal roll of the dice as his forces face setbacks in Ukraine.

Moscow has claimed, without evidence, that Ukraine is preparing to use a ‘dirty bomb’ – a conventional explosive packed with radioactive material – on its own soil as part of a false-flag operation to blame Russia.

Against that backdrop, Russia announced it is about to start its ‘Grom’ exercises – Russian for ‘thunder’ – which will likely include test launches of ballistic missiles.

‘The U.S. was notified and, as we’ve highlighted before, this is a routine annual exercise by Russia,’ spokesman Air Force Brigadier General Patrick Ryder told a news briefing.

‘So in this regard, Russia is complying with its arms control obligations and its transparency commitments to make those notifications.’ 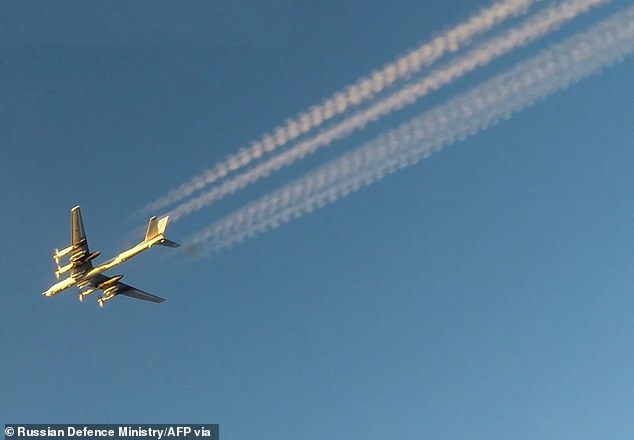 U.S. officials said they had been informed that Russia was about to start its ‘Grom’ exercises of nuclear forces. A Russian Tu-95MS bomber aircraft is seen here during exercises in February 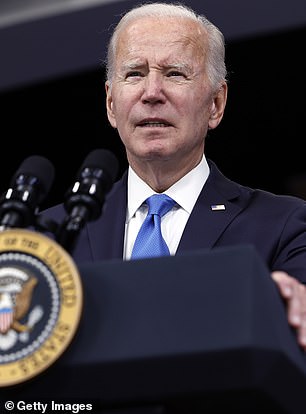 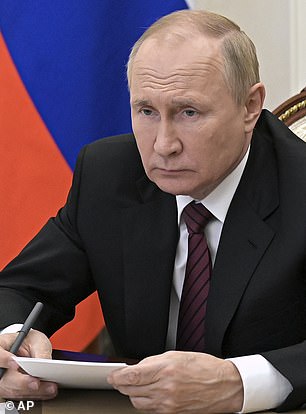 The annual maneuvers typically include more than 10,000 service personnel, hundreds of launchers and more than 100 aircraft.

This year they come with added baggage.

At the White House, Biden was asked about worries Russia was preparing to use battlefield nuclear weapons.

‘Russia would be making an incredibly serious mistake for it to use a tactical nuclear weapon,’ he said after getting an updated coronavirus booster shot.

‘I’m not guaranteeing you that it’s a false flag operation yet. I don’t know.

‘But it would be a serious, serious mistake.’

Meanwhile, Russia continued making its case. It took its claims to the United Nations Security Council.

Moscow sent a letter detailing the allegations to the United Nations on Monday, and then raised the issue at a closed meeting with the Security Council.

‘I don’t mind people saying that Russia is crying wolf if this doesn’t happen because this is a terrible, terrible disaster that threatens potentially the whole of the Earth.’

With Ukrainian forces advancing into Russian-occupied Kherson province, threatening a major defeat for Moscow, Russian officials phoned their Western counterparts on Sunday and Monday to communicate their allegations about a dirty bomb. 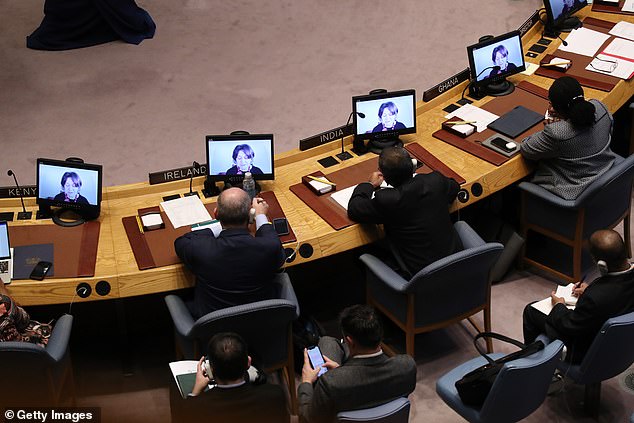 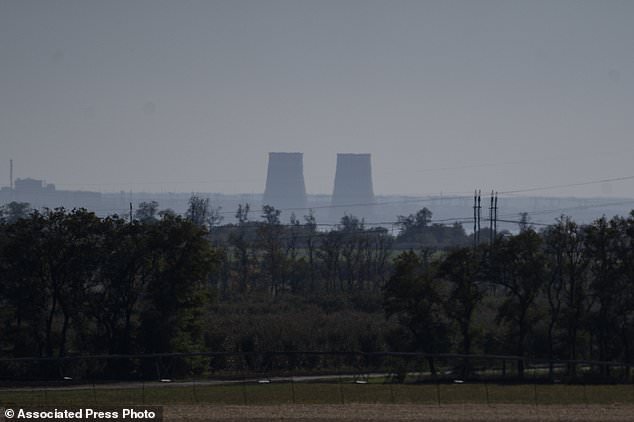 Western and Ukrainian security officials have rubbished the claims.

Ukraine’s President Volodymyr Zelenskiy said the allegation showed Moscow was planning such an attack with an explosive device laced with radioactive material, and seeking to blame Kyiv.

And on Tuesday Ukraine’s energy watchdog said that it assumed the Russians are preparing a terrorist act at an occupied power plant which could contaminate hundreds of square miles.

The company said in a statement that Ukrainian staff were being denied access to the plant or monitors from the UN’s atomic energy watchdog that would allow them to see what the Russians are doing.

And it has today said that it believes the Russians are preparing a terrorist act using nuclear materials and radioactive waste stored at the plant.

It said that there were 174 containers at the plant’s dry spent fuel storage facility, each of them containing 24 assemblies of spent nuclear fuel.