Renowned former swim coach Dick Caine will face court on Wednesday afternoon after being charged with the alleged sexual abuse of two teenage girls in the 1970s.

Caine, 76, was arrested at his Condell Park home on Wednesday morning after an investigation that began in January 2021 when one of the alleged victims came forward to police. 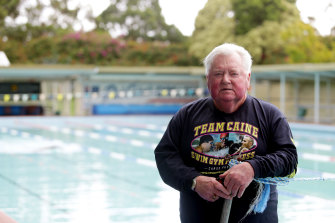 The police investigation allegedly revealed another victim and that both attended his swim school at Carss Park Swimming Pool, police said.

Caine has been charged with six counts of carnal knowledge by teacher of girl aged 10-17 and three counts of indecent assault. He was refused bail to appear in Bankstown Local Court on Wednesday afternoon.

Carnal knowledge was an offence in the Crimes Act at the time of the alleged offences that refers to alleged sexual assault.

Detectives will allege the girls, then aged 15 and 16, were sexually abused over an 18-month period in various locations in and around Sydney’s south in the 1970s, Kings Cross Police Area Commander Acting Superintendent Chris Nicholson told reporters on Wednesday.

“I acknowledge the courage and the bravery of the [alleged] victims who have come forward,” acting superintendent Nicholson said.

“It is never easy for a victim of sexual violence to come forward and tell their story to police. I would like to say to all victim-survivors of sexual abuse living in our community that the NSW police force want to listen to your story,” said Nicholson.

He refused to comment on whether police are investigating potential further victims of Caine. “We are keeping all lines of inquiry open.” 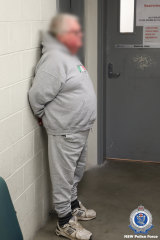 Dick Caine was arrested at his home and taken to Bankstown Police Station on Wednesday morning.Credit:NSW Police

Caine was head coach at Carss Park Swimming Pool for more than 40 years until it closed in 2020. He coached 11 world and Olympic champion swimmers, and athletes from other sports, including boxers Anthony and Jeff Mundine.

Caine was inducted into the Australian Marathon Swimming Hall of Fame earlier this year.

“Dick has been recognised by John Howard, the former Australian Prime Minister, several Civic Councils, a number of board of directors and literally tens of thousands of individual boys and girls who are now mums and dads, with a second generation of people learning how to swim or stay fit,” his website Team Caine states.

“Tens of thousands of young Australian boys and girls have trained with Dick at Carss Park Pool & Gyms for various sports, and some have gone on to National and International superstar status.”

Gladys Berejiklian wrote a letter congratulating Caine on “45 years of hard work, persistence and dedicated service to our local members” when she was Premier after a recommendation from Oatley MP Mark Coure.

“I cannot stress enough the important contribution you have made to so many children across generations,” she wrote in a letter published on Caine’s Team Caine website.

Alan Jones and a number of Caine’s former pupils have also written letters praising the coach.