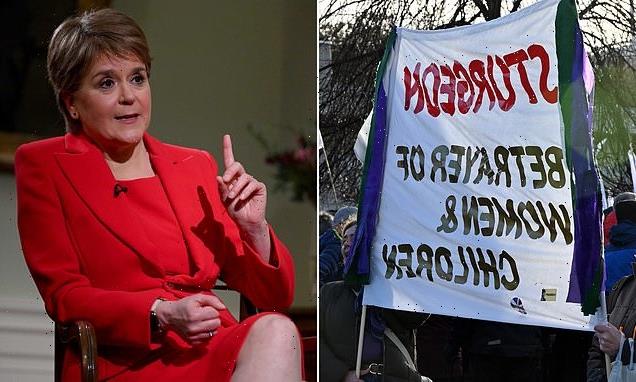 Rattled Nicola Sturgeon slammed Westminster’s ‘outrageous’ move to block her gender identity rules today as she was accused of using the row to further her separatist ambitions.

The SNP leader used a BBC interview to complain that ministers had not provided any ‘compelling’ reasons for blocking the controversial law passed by Holyrood.

She also denied rumours that she is close to quitting after nearly nine years in post and recent setbacks.

The comments came as former Supreme Court judge Lord Sumption said the SNP was trying to ‘provoke constitutional rows, which they hope will boost support for independence’.

He accused the Scottish Government of ‘froth and rage’ on the issue, as he warned any legal challenge to Westminster’s use of Section 35 powers to stop the Gender Recognition Reform (Scotland) Bill would fail unless Scottish ministers address the ‘serious legal and practical problems’ in the legislation. 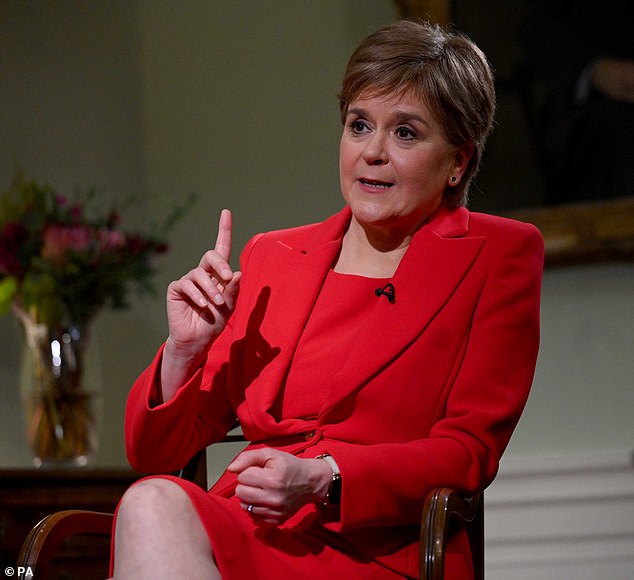 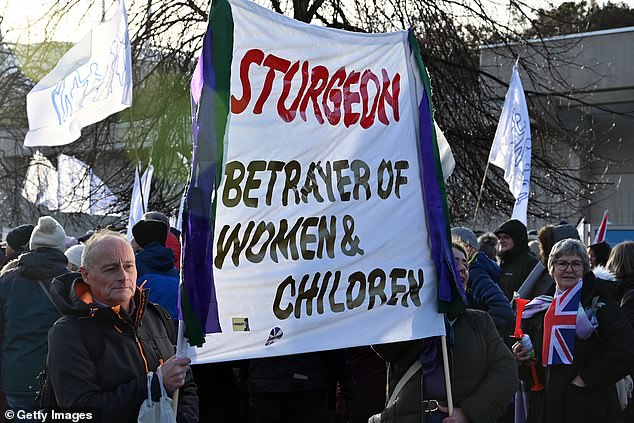 Polling for the Scottish Mail on Sunday today underlined the social divide over the SNP’s gender proposals.

The legislation would cut the age limit for changing gender from 18 to 16, remove the need for a medical diagnosis and shorten to three months the time a person must live in their ‘acquired’ gender before applying for a formal change.

But the Deltapoll research showed more than three quarters of Brits believe the minimum age should be 18 or higher.

Among those who said people should have the right to change gender, a majority – 58 per cent – thought an official medical diagnosis should be necessary.

Appearing on the Sunday with Laura Kuenssberg programme, Ms Sturgeon accepted that legal opinion is ‘divided’, but insisted it is wrong to say the Bill impacts on equalities legislation in the UK.

The First Minister said: ‘I have not heard any argument about the impact on the Equality Act that I find in any way persuasive or compelling, because the Act does not change the legal effect of a gender recognition certificate.’

She defended the Bill lowering the age at which a trans person can obtain a certificate from 18 to 16, saying there would be ‘greater advice and support available to what would be a tiny number of people of that age group wanting to go through this process’.

She also dismissed the concern of some women’s rights groups who fear the changes could help men gain access to women-only spaces.

Ms Sturgeon said: ‘You don’t have to show your birth certificate to access women-only spaces. So this Bill does not give a predatory man any more ability to abuse women than that predatory man already has.’

She said differences in policy between Holyrood and Westminster had only arisen because ministers in London ditched their plans to reform gender recognition.

But she said by blocking the Bill – which was passed by Holyrood in December – Scottish Secretary Alister Jack was ‘exercising some kind of government general-like power to block a democratic decision’.

Hitting out at the UK Government, she added: ‘They did not raise these concerns with us directly during the process of this Bill, they wait till after the Parliament has passed it and they exercise not something to take it to court but a veto. It is outrageous.’

She claimed the UK Government’s decision had ‘nothing to do with concerns about the Equality Act’, and accused Conservative politicians of ‘trying to stoke a culture war’ on the issue ‘because they somehow think that plays well with their base ahead of a general election’.

She also said the move was part of ‘a pattern of undermining and delegitimising’ from the Tory administration in London.

Lord Sumption, however, said ‘the suggestion that the UK Government’s veto is an attack on Scottish democracy is absurd’.

Writing in Sunday Times, he said: ‘If the Bill becomes law, some UK citizens will have a different legal gender in different parts of the UK, depending on where they happen to be.

‘This poses serious legal and practical problems for employers and public authorities operating on a UK-wide basis.

‘They will have to discriminate between trans people in Scotland and the rest of the UK on such matters as equal pay, gender discrimination, tax, benefits and pensions, all of which are subject to UK-wide statutory regimes.’

He insisted ‘these are powerful points’, which if left unanswered by Scottish ministers could cause any judicial review over the use of Section 35 to fail.

The former barrister added: ‘For some years Scottish ministers have been promoting Bills in Edinburgh designed to throw grit into the working of the union in the few areas where there is scope for disagreement.

‘The strategy is to nibble away at the matters reserved to Westminster in order to provoke constitutional rows, which they hope will boost support for independence.’

Ms Sturgeon said she is ‘nowhere near’ ready to quit as Scotland’s First Minister – adding she still hopes to lead the country to independence.

The SNP leader has been in the post since November 2014, with her predecessor Alex Salmond stepping down after Scots voted to stay in the UK in September of that year.

Ms Sturgeon insisted she has ‘plenty in the tank’.

Her comments came after New Zealand prime minister Jacinda Ardern dramatically resigned her post this week, explaining she no longer had ‘enough in the tank’ to fulfil the demanding role.

Speaking about Ms Ardern, Ms Sturgeon said: ‘If I ever reach the point which she has clearly reached, where I just think overall I can’t give the job everything it deserves, then I hope I have the same courage she has had in saying ‘Okay, this is the point to go’.

‘But just for the avoidance of all doubt, I don’t feel anywhere near that right now, nowhere near.’

Ms Sturgeon also told the programme she would ‘like to think’ she will be the leader who takes Scotland out of the UK. 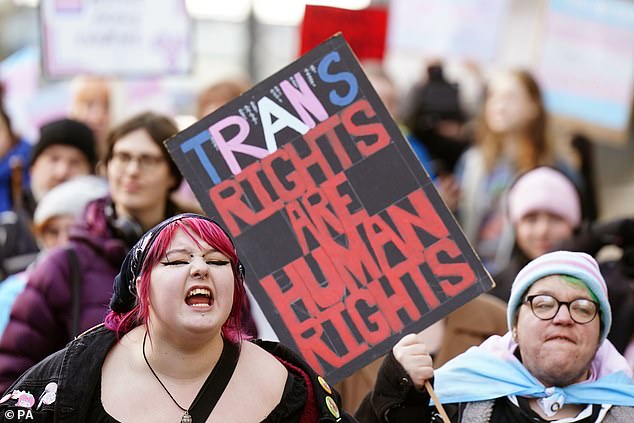