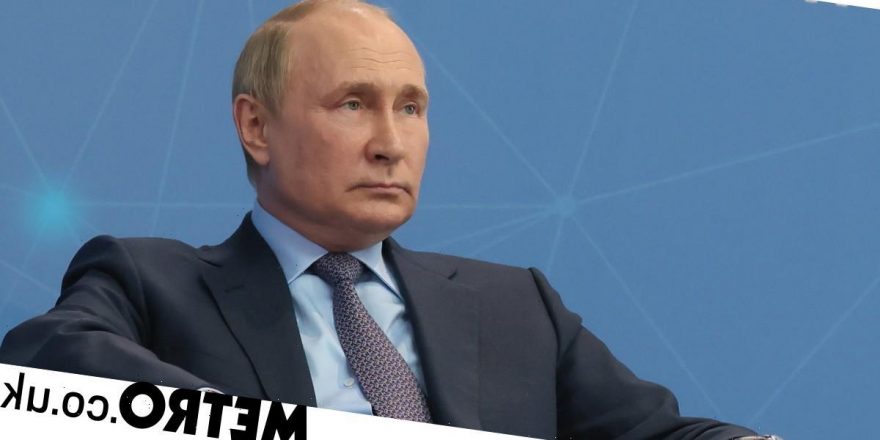 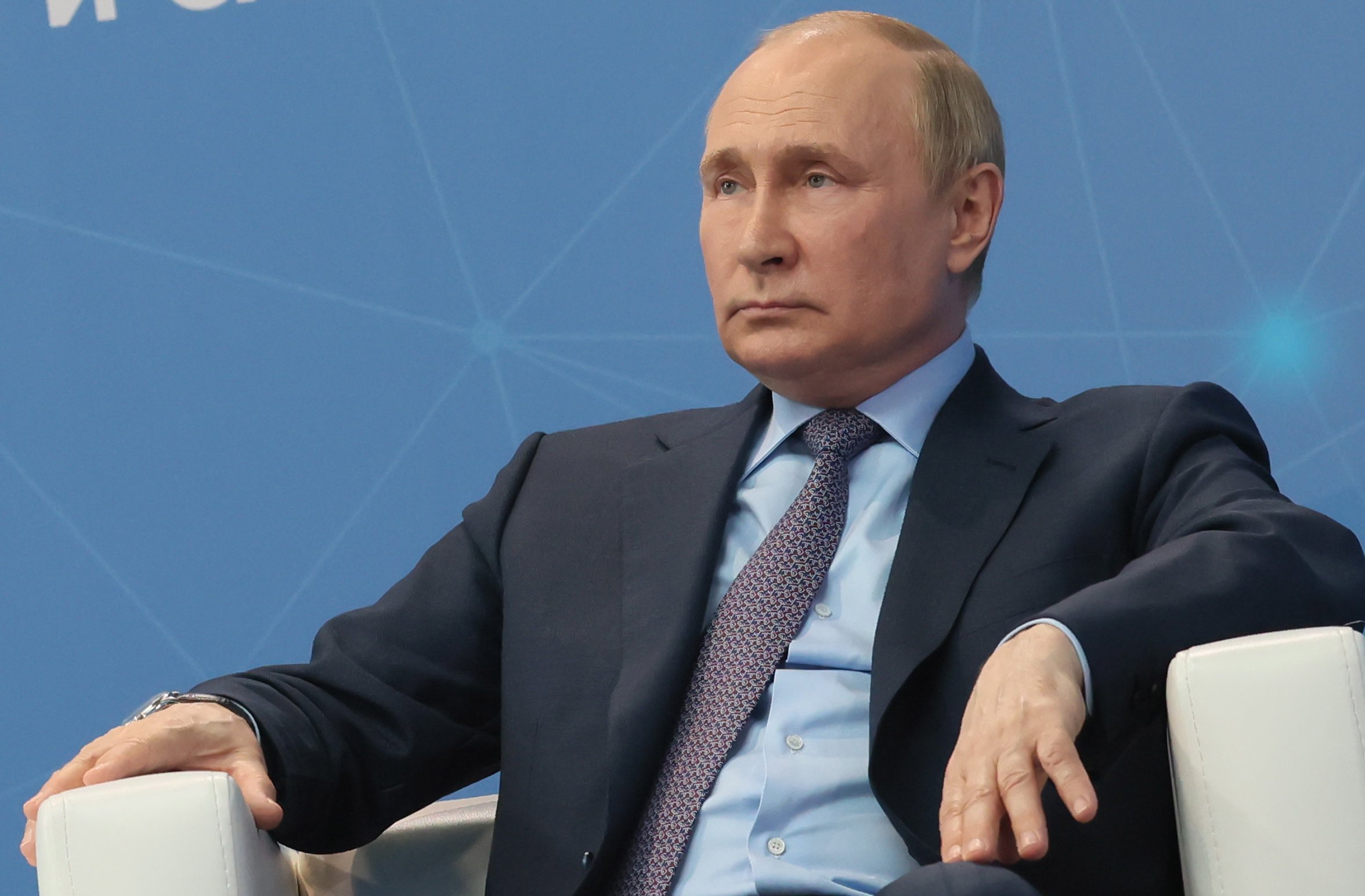 Vladimir Putin may not be seen for long periods of time in public in future after he was apparently warned not to due to his health.

The Russian president was suddenly taken ill after speaking to military chiefs on a video call for an hour and a half, the General SVR Telegram channel reports.

‘His doctors advised him not to make any lengthy public appearances in the near future,’ the publication said.

‘After the meeting Putin felt a sharp sickness, weakness and dizziness while trying to get up from the table.

And independent Russian media outlet Proekt found the president’s health may have been deteriorating for the past five years.

Although the claims – which are based on inside intelligence – cannot be proven, occasional video footage of Putin’s bizarre behaviour appears to suggest there is something not quite right below the surface.

Recent pictures show him looking more frail or with a bloated face, and he has been spotted gripping the side of tables to prevent his hand shaking.

The Q&A programme has run usually in June every year since 2004, and allows ‘ordinary’ Russians to call in and ask the president questions.

But it was abruptly postponed with no future date fixed.

General SVR wrote: ‘The postponement of the live [Direct Line] with the president indefinitely is due to the unstable health of Vladimir Putin.

‘A week ago, the president was preparing to answer the questions of the Russian citizens in late June-early July.

‘Lately, the president has been getting tired much faster.

‘Perhaps if Putin’s health can be stabilised, the Direct Line will be held in August.

Despite the reports, he was also seen at an event yesterday marking the 350th anniversary of the birth of Peter the Great, a former emperor of Russia.

He admitted in front of an audience Russians will have to wait a decade to live better after the invasion of Ukraine.

He was asked in front of young entrepreneurs, engineers and scientists: ‘So will we live better in 10 years’ time?’

He replied: ‘Yes, in the end this [reaching the goals I have set] will lead to a better life quality.’

Body language expert Judi James analysed the president’s behaviour during this appearance, telling The Mirror: ‘For a man who is usually immaculately dressed his pose has left his tie askew and his shirt seems to be gaping between the buttons.

‘At one point he appears aware of the way his belly is in one direction and his tie in another, pulling his tie back over the front of his shirt even though he seems perfectly comfortable with this sign of disruption.

‘This style of smugness combined with humour and a laid-back pose seems to suggest a man who finds irony or sarcasm in the current global state of tension and threat.’