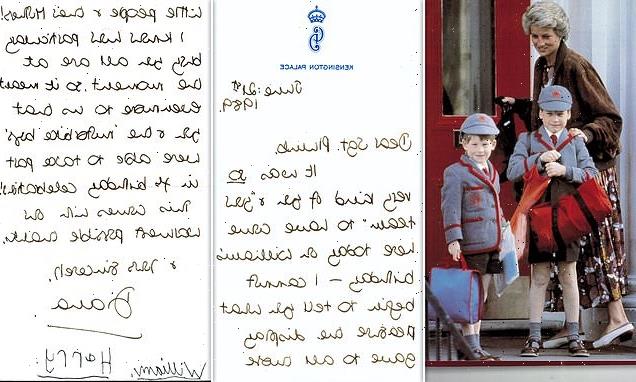 Princess Diana letter signed by Harry and William could fetch £18,000

Princess Diana letter also signed by Princes Harry and William when they were young boys goes up for sale for £18,000

A thoughtful letter from Princess Diana with the scrawled signatures of young Princes William and Harry has emerged for sale for £18,000.

The handwritten note from the Princess was to thank a police sergeant for putting on a motorbike display for William’s birthday party.

The boys, then aged seven and four, added their names to the bottom – William’s in joined-up writing and Harry’s with larger, separated letters.

It comes as Sotheby’s has announced they will auction the Attallah Cross pendant worn by Princess Diana in 1987 which could fetch up to £120,000. 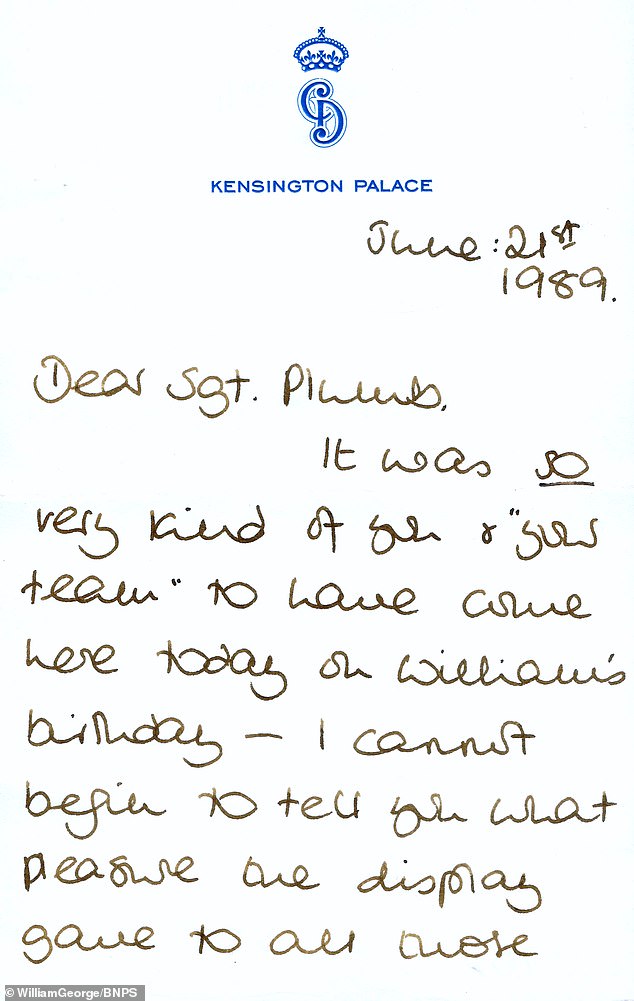 A thank you letter from Princess Diana to a police sergeant, signed by young Princes William and Harry, could fetch up to £18,000 at auction 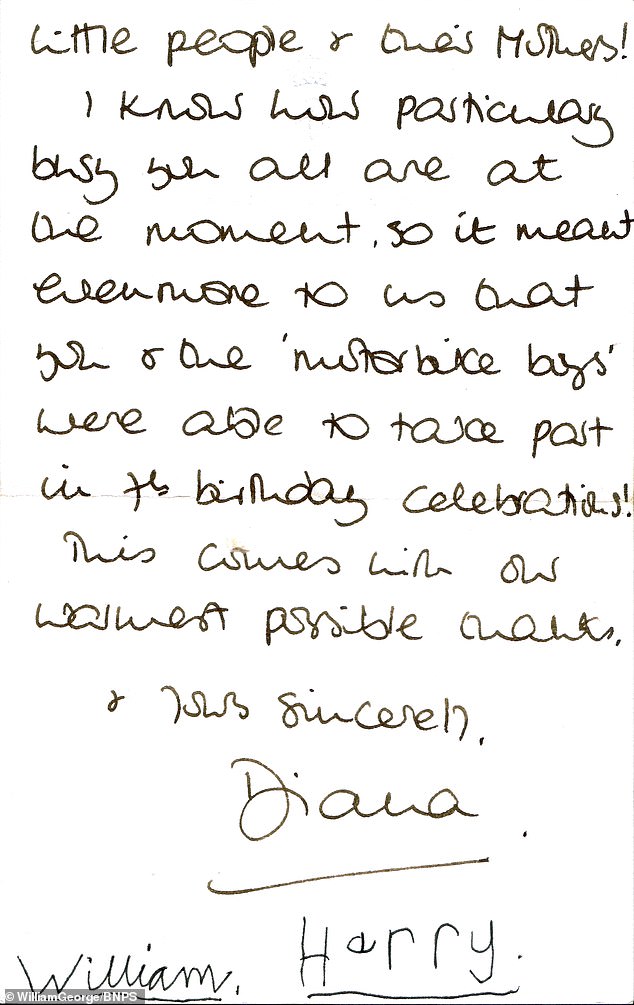 Sergeant George Plumb of the Metropolitan Police and the Special Escort Group put on the dazzling motorbike display for William, Harry and their friends in the grounds of Kensington Palace in 1989.

It reads: ‘Dear Sgt Plumb, It was so very kind of you and your team to have come here today on William’s birthday – I cannot begin to tell you what pleasure the display gave to all those little people and their mothers!

‘I know how particularly busy you all are at the moment, so it meant even more to us that you and the motorbike boys were able to take part in the birthday celebrations!

‘This comes with our warmest possible thanks. Yours sincerely Diana, William, Harry.’ 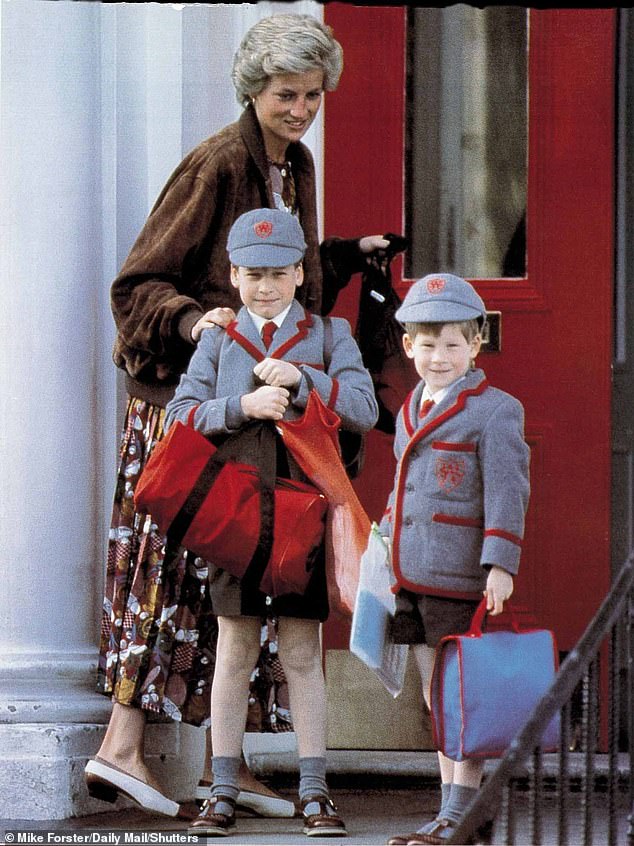 The comment about the team being ‘busy’ refers to the fact there was public transport workers’ strikes taking place in London at the time, affecting rail, underground and bus services.

The letter is being sold by auctioneers William George, of Peterborough, Cambridgeshire.

‘It thanks Sgt Plumb and his team who put on a superb display by the Precision Motorbike display team of the special escort group for Prince William’s 7th Birthday.

‘She was particularly grateful to the team for being able to fit this on a day already full of official engagements, which was not helped by the rail, underground and bus strikes – something which strikes a chord with today.

‘To have an item signed by Diana, William and Harry is quite special.’

The letter left Sgt Plumb’s estate six years ago when they were bought by a private collector. It is now being sold on again at auction which will take place on 10 January.