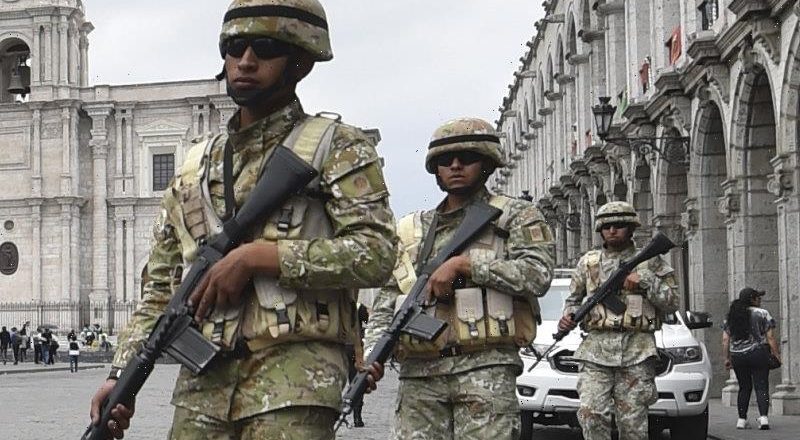 Lima: Peru’s new government has declared a national emergency as it struggled to calm violent protests over president Pedro Castillo’s ouster, suspending the rights of “personal security and freedom” across the Andean nation for 30 days.

Acts of vandalism, violence and highway blockades by thousands of Peruvians in the streets “require a forceful and authoritative response from the government,” Defence Minister Luis Otarola Peñaranda said. 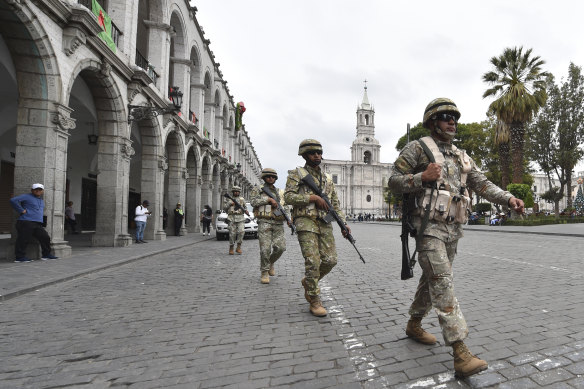 Soldiers patrol in Arequipa, Peru, after the government declared a 30-day national emergency.Credit:AP

The declaration suspends the rights of assembly and freedom of movement and empowers the police, supported by the military, to search people’s homes without permission or judicial order. Otarola said it had not been determined whether a nightly curfew would be imposed.

Peru has been wracked by nearly a week of political crisis and unrest that have undermined stability.

The troubles have “been increasing in such magnitude that the very idea of order, the very idea of authorities that can govern the country in some way is called into question,” said Jorge Aragón, a political science professor at Pontifical Catholic University of Peru.

The decree, he added, was “a way of wanting to recover a certain minimum stability, a certain minimum functioning of the country, but obviously it is also the recognition that without that use of force that cannot be achieved.” 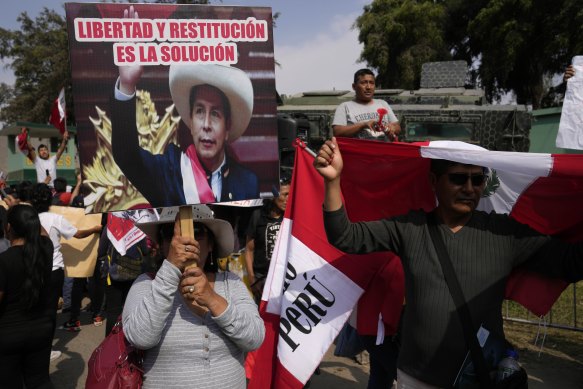 Supporters of ousted president Pedro Castillo gather outside the police base where he is being held on the outskirts of Lima, following his arrest.Credit:AP

The defence minister said the declaration was agreed to by the council of ministers. It didn’t mention Peru’s new president, Dina Boluarte, who was sworn in by Congress last week hours after MPs ousted Castillo.

Boluarte pleaded for calm as demonstrations continued against her and Congress.

“Peru cannot overflow with blood,” she said before the announcement.

Referring to demands for immediate elections, she suggested they could be held a year from now, four months before her earlier proposal, which placated no one. 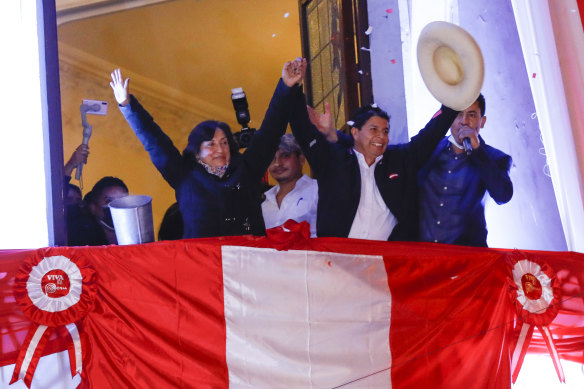 Boluarte floated the possibility of scheduling general elections for December 2023 to reporters just before a hearing to determine whether Castillo would remain jailed for 18 months while authorities build a rebellion case against him. The judge postponed the hearing after Castillo refused to participate.

“The only thing I can tell you sisters and brothers [is] to keep calm,” said Boluarte, who was Castillo’s running mate and became his vice president before her elevation to the top job. “We have already lived through this experience in the ’80s and ’90s, and I believe that we do not want to return to that painful history.”

Her remarks recalled the ruinous years when the Shining Path insurgency presided over numerous car bombings and assassinations. The group was blamed for more than half of the nearly 70,000 estimated deaths and disappearances caused by various rebel groups and a brutal government counterinsurgency response. 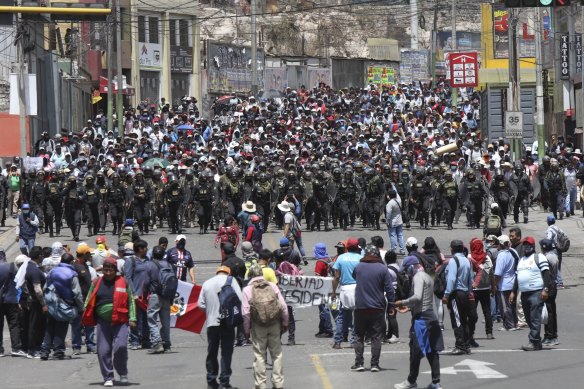 Protesters have blocked streets in the capital, Lima, and many rural communities, demanding Castillo’s freedom, Boluarte’s resignation and the immediate scheduling of general elections to pick a new president and replace all members of Congress.

At least seven people have been killed, including a teenager who died on Wednesday after being injured during protests in Andahuaylas, a hospital director said.

All perished in the same kinds of impoverished communities whose voters propelled the rural teachers’ union leader to victory last year after he promised a populist approach to governing.

Castillo was ousted on December 7 after he sought to dissolve Congress ahead of their third attempt to impeach him. His vehicle was intercepted as he travelled through Lima’s streets with his security detail. Prosecutors accused him of trying to seek political asylum at the Mexican Embassy. 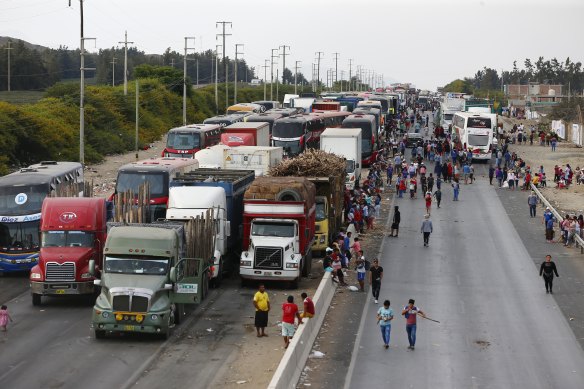 Trucks and buses are stuck on the Pan-American highway because of road blocks by supporters of ousted Peruvian president Pedro Castillo, in Chao, Peru.Credit:AP

In a handwritten letter shared with The Associated Press by his associate Mauro Gonzales, Castillo asked the Inter-American Commission on Human Rights to intercede for his “rights and the rights of my Peruvian brothers who cry out for justice”. The commission investigates allegations of human rights violations and litigates them in some cases.

In the last week, protesters have burnt police stations, taken over an airstrip used by the armed forces and invaded the runway of the international airport in Arequipa, a gateway to some of the country’s tourist attractions. The passenger train that carries visitors to Machu Picchu suspended service, and roadblocks on the Pan-American Highway have stranded trailer trucks for days, spoiling food bound for the capital.

Otarola said the total number of people “causing this disturbance” were no more than 8000 nationwide, an estimate that vastly understates support for Castillo, who took office in July 2021 after gaining nearly 8.8 million votes to win the presidential run-off election by a narrow 50.1 per cent share of the vote.

Boluarte said 200 police officers had been injured in the protests, and she had met with at least two of them at a hospital.

Speaking to an officer with facial injuries, the president said that “one group”, which she did not identify, was leading the protests.

“It is a group that is pulling the uninformed community because, surely, many come out to this protest and do not even know what they are going out to protest for,” Boluarte said. “But this smaller group that is behind them encourages them to come out with these violent attitudes.”

By Wednesday, members of the armed forces had already been deployed to Arequipa and other areas outside Lima. Securing rural areas far from the capital could take longer.

Five of the deaths have been in Andahuaylas, an Andean community whose impoverished residents have long felt abandoned by the government and occasionally rebelled against it. College student Luis Torres joined a protest of about 2000 people there as a few white vans carrying soldiers moved through the streets.

“This measure is disproportionate. It shows the political precariousness of the government that Mrs Dina Boluarte is having now,” Torres said. “We are all marching peacefully, for something fair that we are demanding. At least Andahuaylas will continue to fight.”