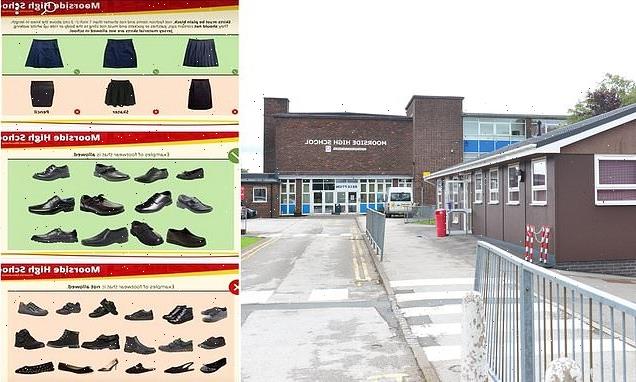 Parents accuse school of being 'military' camp after uniform crackdown

A high school in Stoke-on-Trent has been accused of turning into a ‘military camp’ as new uniform rules meant pupils were put into isolation rooms and missed lessons.

The crackdown at Moorside High School in Werrington has targeted make up, banned skirts being made of the wrong material and focuses on footwear – saying shoes must not look like trainers or have embellishments.

Parents said their children are being treated like ‘caged animals’ and that they cannot learn in such a strict environment.

Children have spent their school hours sitting in a waiting room and missing classes as they have waited for their parents to be called.

Headteacher Darryn Robinson said the uniform changes were part of ‘raising standards within the school’ and were to create ‘a source of pride’. 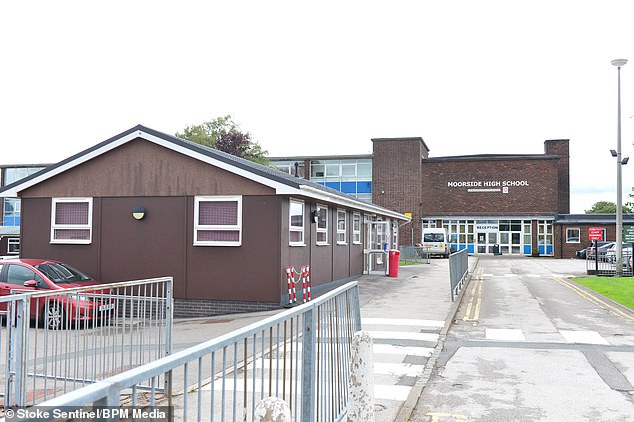 Moorside High School in Werrington, Stoke-on-Trent, has been accused of turning into a ‘military camp’ after a uniform crackdown

A diagram of banned shoes and skirts was given out to parents before the start of the new school year.

Mother Tracey Turley said the footwear rules meant her daughter had to wear a £10 pair of shoes from Primark, which gave her blisters and meant she was in ‘agony’.

But her child, who only had her first day of school on Wednesday, September 7, still had to spend time in isolation because the material of her skirt didn’t fit requirements – even though she had already missed out on valuable learning time due to hospital appointments.

Tracey said: ‘I’ve gone and bought the only thing I could find that matches the requirements.

‘They’re going to be uncomfortable while she’s trying to learn. My child says she’s already got blisters and has asked for plasters.

‘Surely I have a choice to put my children in something is in their best interests. Her uniform is totally spot on but she’s sitting in agony because her shoes are rubbish.’ 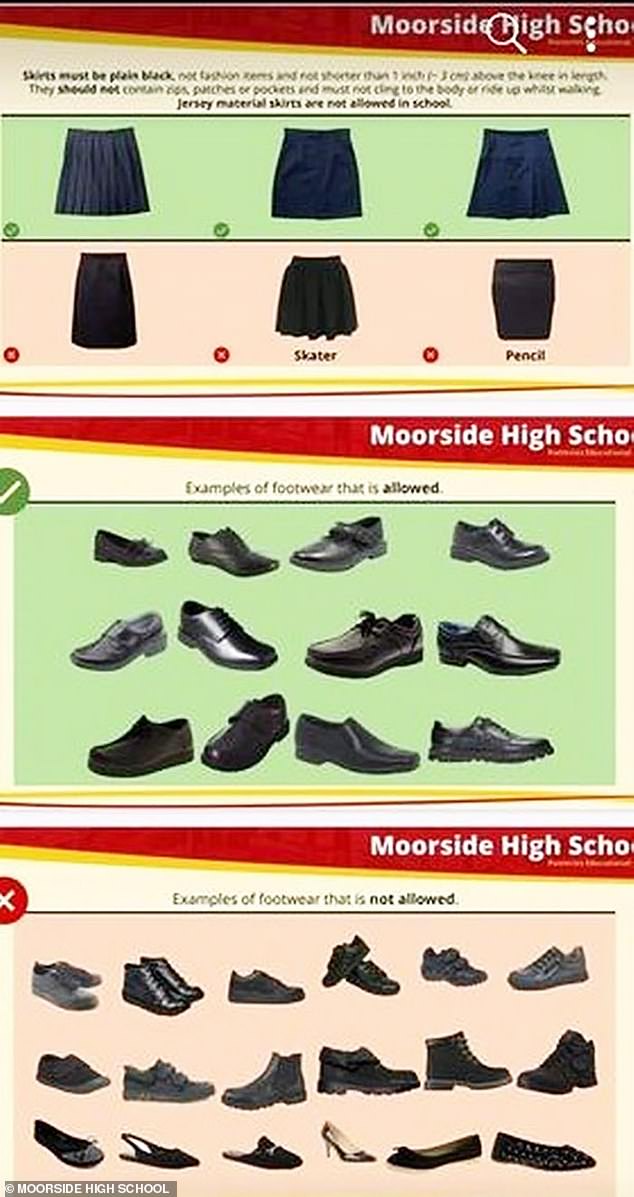 The ex-police worker said the nature of the rules mean she now wants to take her children out of the school.

Moorside High School website says it hopes ‘to provide a consistent, respectful, honest and enjoyable environment where pupils, through self belief, can aspire to be the best they can be’.

Another parent said her son, who is in year eight, was told he could wear his Clarks shoes that share a resemblance to Nike Air Forces.

But the footwear has now been banned and her son has been put in isolation.

The 36-year-old mother from Werrington said: ‘They are there for an education – they are not there to be treated like caged animals.

‘They are putting them in isolation rooms and not letting them mix with their peers at lunch breaks or anything.

‘There’s been a hall full of children in isolation. If something is not broken, don’t fix it.

‘We’ve never looked at a Moorside pupil and thought they look really scruffy.’ 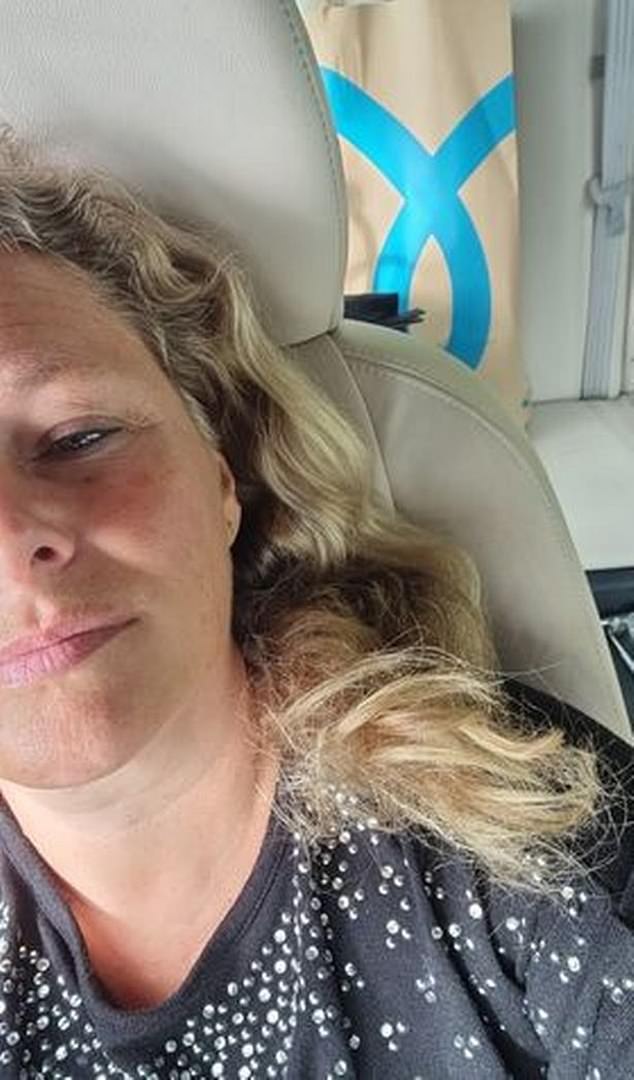 Headteacher Darryn Robinson said: ‘Our uniform creates a sense of identity and community for our pupils. These changes represent a wider part in raising standards within the school as well as continuing to create a source of pride. The uniform policy has not changed.

‘The school communicated clear guidance on all aspects of the uniform and worked with parents, guardians and pupils from June last year to prepare for this September.

‘Changes were made in June following consultation with parents with final adjustments made this September to avoid additional cost implications for families.

‘We have worked closely with families to ensure that the transition is as smooth as possible. Students in school are provided with appropriate work, linked to their curriculum at all times.

‘We continue to work closely with families to ensure the highest expectations and outcomes for our learners.’